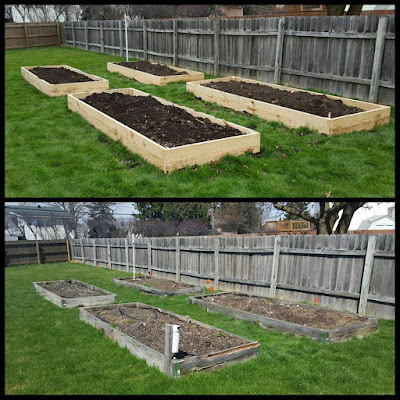 MAN! It felt good to wrap up this project yesterday.  Between getting the materials and finishing it took me about ten hours to complete.  The longest part of the process was drilling the boards together then all the digging... Speaking of digging... 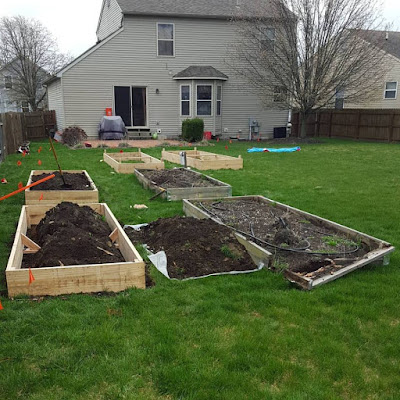 I removed the old boards and then had to dig around the edges.  The old boards were not braced and the weight of the soil and water caused them to bow out.  So I had to clear a couple inches of dirt around the edge AND a channel across the middle for my crossbar.  The first box I tried piling the dirt in the middle, but there was just WAY too much so I used a sheet of plastic to temporarily house the extra soil. 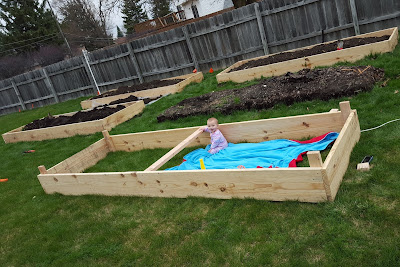 Summer came out for part of the afternoon and she really enjoyed exploring her playpen.  She was a little fussy at the beginning, but she actually looked like she was loving it after a few minutes.  One reason I did NOT go with treated lumber is the photo above.  I know she would be playing with the boxes and wood so I don't want her getting any of the chemicals.  I know the new treated lumber doesn't use arsenic like before, but no new studies have been done on the new chemicals they use.  (Did a lot of research the last couple weeks before buying the lumber) 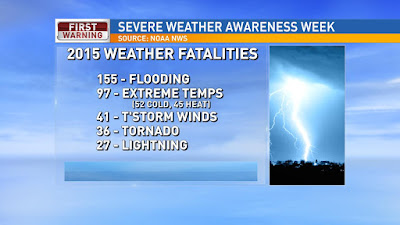 I have been running these info-graphics all week and I figured this one was important enough to share.  Flooding continues to be the #1 flooding related fatality.  Most, if not all, of these deaths can be prevented.  Please take severe weather serious. 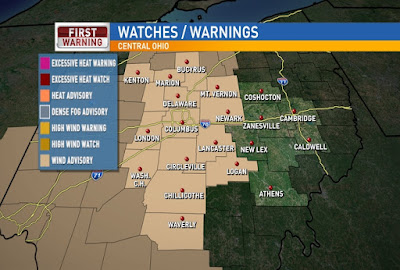 We have a windy day ahead.  Wind Advisory through the early evening with gusts up to 35 mph. 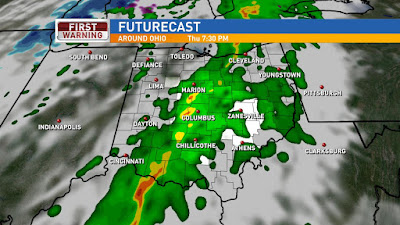 Then showers and storms for the afternoon and early evening.  Central Ohio is in the Marginal Risk for severe weather today with strong winds being the main threat. Take the rain gear for later today! Cloudy and windy through the first half of Thursday then showers and storms likely this afternoon and evening. Some of the storms may have some gusty winds. By midnight most of the rain will be leaving and cooler air will start working into Central Ohio. Mostly cloudy, cooler, & breezy for Friday. More sun Saturday with temps bouncing back into the 60s. Dry Easter Sunday then more rain returning late Sunday into early Monday. Have a good one!