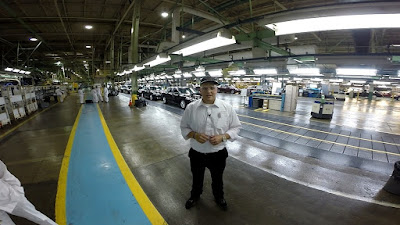 You may have caught my segments on the news called Made Local, Stay Local.  It is a weekly segment that highlights local companies that make Central Ohio a great place to work and live.  And this week, I got to do one of the coolest stories so far.  I have driven by the Honda plants just north or Marysville quite a few times and always wondered what it was like inside...  So I tweeted them two months ago and now I did a two-part segment with them.  They opened up a museum about six months ago showing all the vehicles they have made here in Ohio.  That story aired last week, but this week I have a SUPER cool story.  On Wednesday I went up and shot video of the factory in action making Honda Accords.  I was told that every Accord in the United States was made at that factory.  From rolls of metal being stamped into car panels to final assembly.  I even got to go on a test drive in a car that was only seconds old... rolling right off the assembly line.  It will, for sure, be a REALLY cool story and will air this Thursday on ABC6 and FOX28.  Here is a link to the other Made Local, Stay Local stories. 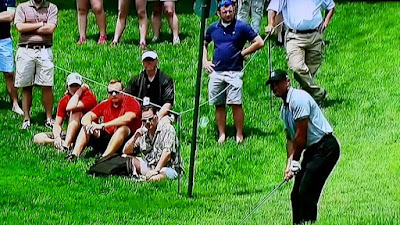 I was blessed with tickets to the Memorial Tournament this week.  I went with a producer from the station on Thursday, then I took my brother on Friday.  It was my first PGA event and it was a LOT of fun.  I even got to see Jason Dufner hit a hole in one on hole 16.  See me in the picture above?  Dawn REALLY wanted to go, but she said she could not walk more than a hundred feet without getting too tired to walk so she insisted that I go and enjoy some down time after working 33 straight days. 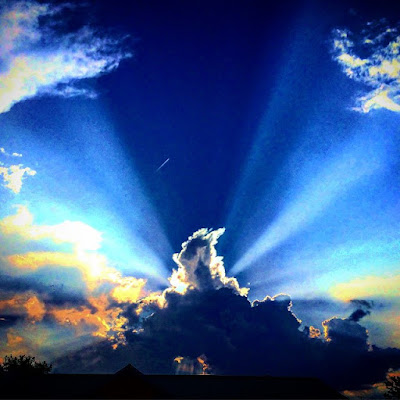 We had some epic clouds this week.  I took the above photo on Friday after dinner. 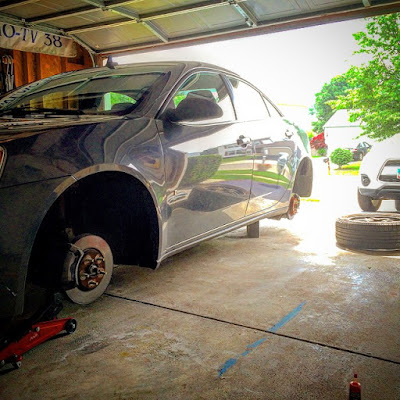 With the baby coming, I needed to get any final chores done... Like rotating the tires on our cars.  Done and done! 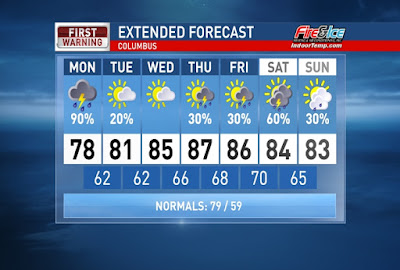 Tracking storms to start the workweek.  Some could be strong to severe. 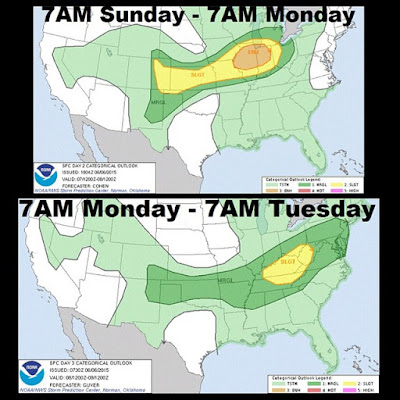 Especially Southern Ohio on Monday afternoon.  Strong winds will be the main threat, but also flooding with upwards of an inch of rain expected for many parts of Ohio.  There is a little bit of wind shear that could cause a brief spin-up of a tornado near the Ohio River, but a better idea tomorrow morning, so be sure to stay tuned to the forecast.  We dry out for a day or two then heat, humidity, and pop-up storms returning later in the week. 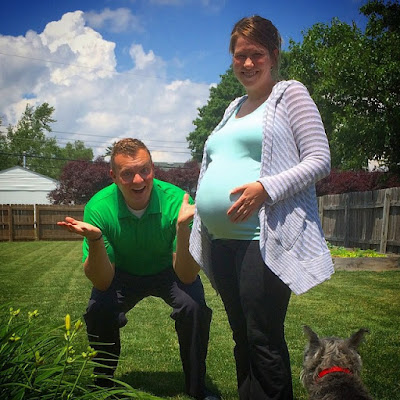 As mentioned... big baby news... this is my final weekend without a kid!  Dawn and I had some fun on my Facebook page asking what people thought... Boy or Girl. Well we will find out in about 48 hours from when I am typing this...  We are starting the induction process tomorrow.  So it is looking like the baby will, hopefully, be born on Tuesday or Wednesday.  I have so much respect for my wife.  I always have, but she has been a real trooper during the pregnancy.  We had a couple hiccups that the baby tossed our way, but Dawn has been an absolute rock star and I know she is going to make an excellent mother.   So my next blog entry will likely have a little one to show you all!  Have a good one!