I start off tonight with a little video.  I am not sure why there is golf stuff in the newsroom, but I figured I would pick up a club real quick.  To be honest, that was my fourth shot.  I missed the first two, but nailed the last two. 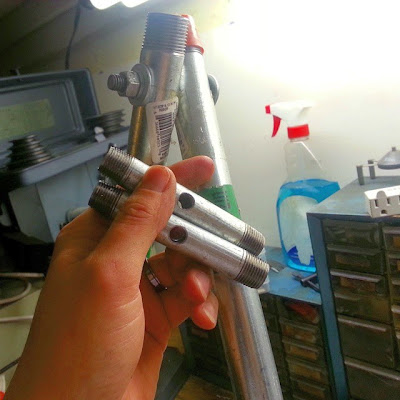 So I did a little research and found a hammock stand with only one side attached to a tree.  So all it takes is two pipes, 70", then two other smaller pipes to tie off the hammock.  That, and a railroad nail and some 550 paracord. 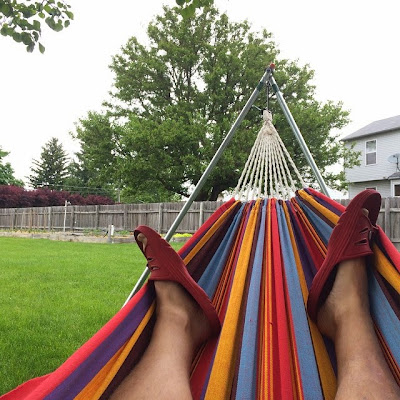 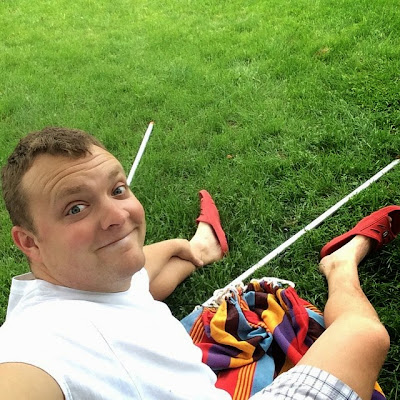 But the smaller pipes sliced the 550 paracord.   I spent a lot of time filing the edges, but the sharp 90° angle still sliced it.  So instead I used a bolt to wrap it around... Not a huge fan of using more metal since the first bolt came flying at my head and left a nice cut on the top of my head... but oh well.  I will swap that out for something softer and less sharp... until then, it is back up and operational. 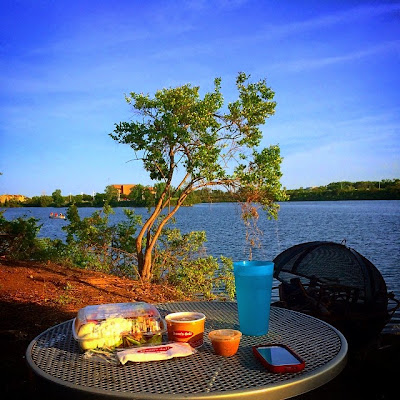 I had dinner next to the water tonight.  Very nice!  So glad the station cleared out most of the trees behind the station.  It used to be very dense with brush. 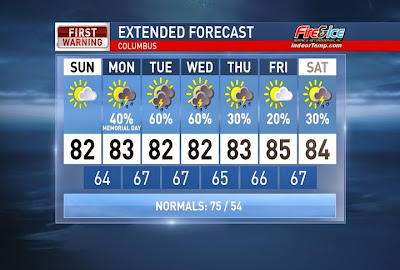 Memorial Day is known as the unofficial start to summer and it will start feeling like summer!  We will have one more cool night where you can get away without turning on the A/C tonight, with clear skies and lows in the mid 50's.  Humidity slowly climbs on Sunday, but we will remain dry and partly cloudy.  By Memorial Day afternoon the chance for rain returns and there is a chance of rain every day through the rest of the week.  Temperatures will also be staying in the low-mid 80's all week as well.  Have a good one!