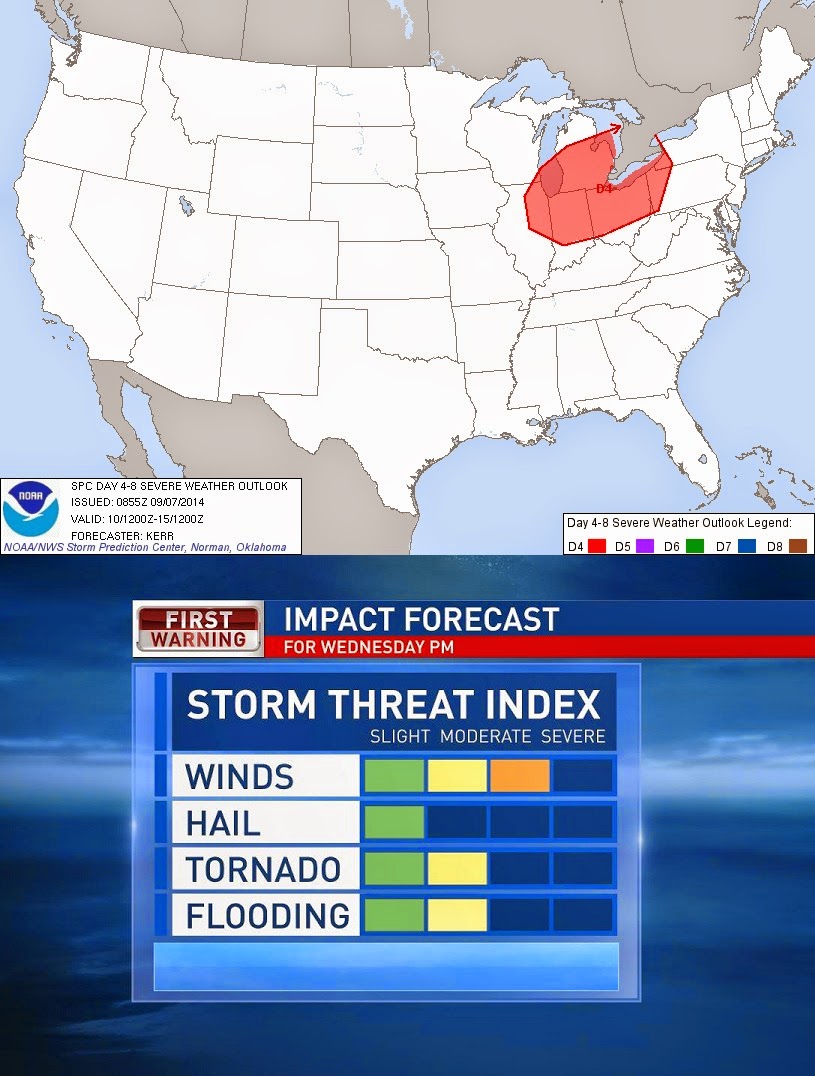 The next few days look fantastic... but Wednesday could bring some severe weather.  The threats are highlighted above, but strong, damaging winds will be the main area of concern, but also a quick tornado spinning up is not to be ruled out.  Hail is possible, but with the structure of the storms, it is not as big of a threat.  Flooding is also a concern, flash flooding, due to a lot of potential moisture in the atmosphere to rain out.  Stay tuned to the forecast over the coming days.

Backtracking to tonight... Cool temperatures remain tonight with clear skies.  Patchy fog possible in some areas.  More sun to start the workweek with comfortable temperatures. Tuesday a few showers may pop up across Eastern Ohio, otherwise mild and partly cloudy.  More storms expected late Wednesday into early Thursday as a strong cold front brings in even colder temperatures.  Some of the storms may be strong to severe for late Wednesday.  Then MUCH cooler temperatures by next weekend... how about highs in the mid 60's and lows in the mid 40's!  Have a good one!