#BucksFirstInchOfSnowChallenge, Snow on the way? 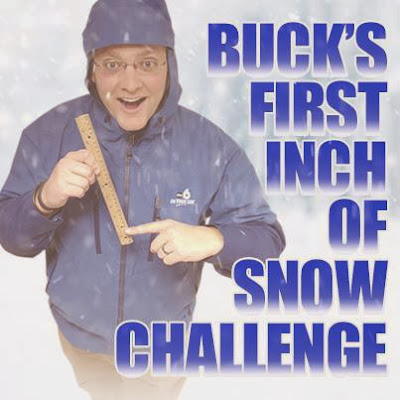 It seems like I may have fired up my Snow Challenge just in time!  More on the possibility of snow shortly... but for anyone who has NOT entered the challenge, here are the guidelines:


CHALLENGE YOUR FRIENDS!
Here's how it will go:
-Forecast a date and time of when you think the first inch of snow will be reported, at Port Columbus Weather Observation.
-Send one Facebook direct message and/or one Twitter direct message to me of your forecasted date and time, Andrew Michael on Facebook and @AndrewWSYX6 on Twitter (only one entry per account, so if you have Facebook AND Twitter you get two shots)
-It must be submitted 72 hours before the first inch is reported (so you're not waiting for the last second)
-Invite your friends because I will release the rankings of who was most accurate after the snow.
-Have fun and good luck.

Remember to send a direct message to be entered!  (That is important so I keep it organized because if it was comments, then the comments could be on someone else's page and I would not be able to see it if it was private, so that's why I am doing the messages) 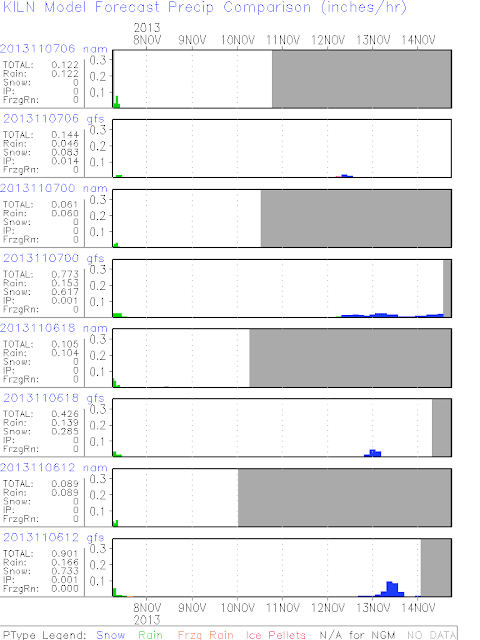 So snow?  Shovel-able?  Ehhh, I dunno.  The models yesterday were looking pretty impressive.  Look at the 12z (7AM), 18z (1PM) and 0z (7PM) models from yesterday.  They looked like a couple inches would be possible, but now the most recent models have really lightened up on the precip, meaning much less.  All of the models are agreeing on a drastic drop in temperatures.  I still think some snow is possible next week, but an inch???  I dunno at this point.  We will have the big drop in temperatures later next week then the models separate.  One shows a BIG warm blast of air for the middle to end of November, then the next model run goes cold again for the long, long term.  I would say that next Tuesday could be interesting for the Snow Challenge, but if we don't see an inch there then all bets are off as to the next round of snow.

Until Tuesday... we see clearer skies heading into the weekend with temperatures slowly trying to warm up.  We also look to stay dry until Tuesday... so fall-like and dry until then.  Stop by my page for the Challenge and have a good one!