I made a few goals to get out and work-out more.  Trying to set a reasonable goal of losing three pounds a month.  I think that is obtainable.  Start small and keep at it.  I also started my new work-out plan.  Each week either ride forty miles on the bike or run four miles.  I just don't get as much enjoyment running so I set that a little low for the trade-off.  I can split the mileage either way... like ten miles biking and three miles running, but it has to be running, no walking.  Starting small, but once I get back in the swing of things, I will have to adjust those. 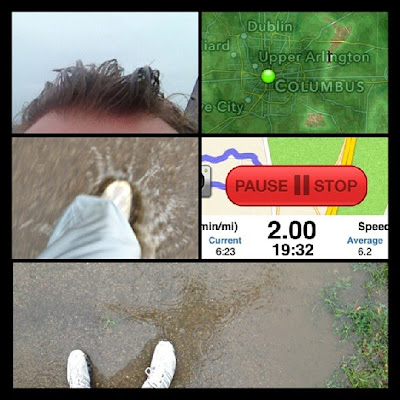 I did manage to get my mile split times for running to under ten minutes.  That is pathetic compared to what I used to run.  My goal is to get that back to AT LEAST under 7 minutes. 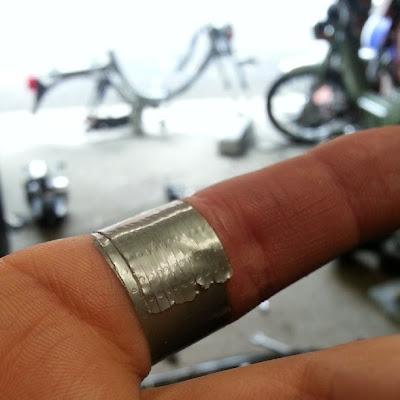 I also spent a decent amount of time at the garage this week during my days off.  I took apart a Murray moped because one of the guys from 1977 Mopeds bought it to make it into a top tank.  I cut my finger open pretty good so duct tape to the rescue since my garage is about ten minutes from the house. 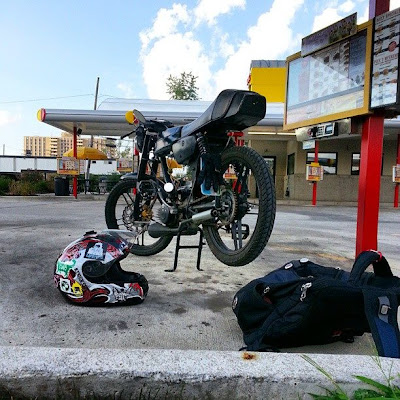 I also tried to coordinate a Thursday night ride.  A lot of the guys (and gals) have been wanting to ride more often, but not many showed up.  The ones that did... well, we had a blast. 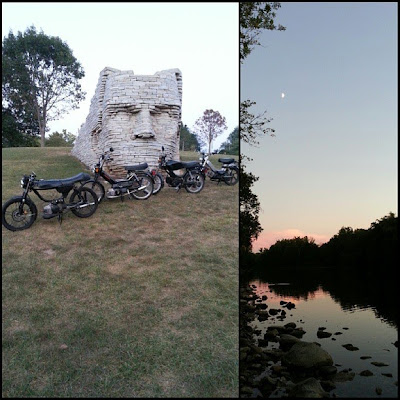 We rode up to Leatherlips and up to the Columbus Zoo then back down to town.  Lots of fun, but daylight was not on our side. 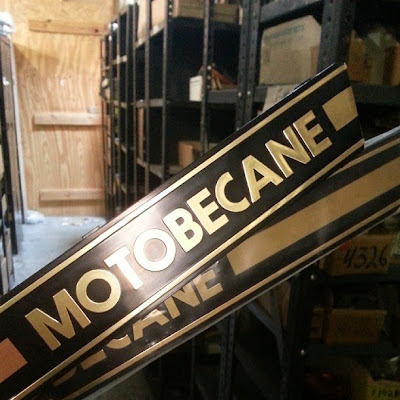 Saturday morning I helped some of the guys from 1977 Mopeds box up some of the Handy Bikes moped inventory.  It is amazing how much "stuff" is in there.  I think I boxed up four thousand NOS CEV switches that come on Puchs.  I also scored some minty Le Moped gas tank decals.  The Le Moped I am picking up from Cleveland has faded decals and this will really bring some life to the bike.  I want to make it nice and minty for a stock bike.  Dan also got a box of Motobecane banners so he said I could have one of them from the walls of Handy Bikes. 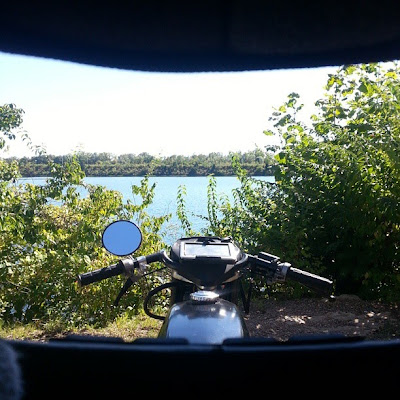 Since there was an Ohio State football game, there was no early newscast and I had to bounce out of the studio during The Football Fever.  So I decided to ride into work and back before I had to go on camera.  Great choice.  Beautiful day!

As for the weather... a little rain overnight and early Monday for Ohio as a cold front swings through.  It will be light and scattered, but not drastically dropping our temperatures.  We stay dry then until Thursday/Friday.  Temperatures remain fall-like and slowly climbing highs from the low 70's to mid 80's by the end of the week.  All-in-all, an Ohio fall week ahead.  Have a good one!