Trying to enjoy the snow and ice while it is here...

Summer and I enjoyed some time sledding on our recent snow. I even blew up the innertube, but that typically happens for the last big snow of the season. So we will see. I hope we have one more big snow to enjoy some time sledding, but time will tell. Anyway Summer and I had a blast on the hills. Evan is not a big fan yet of sledding, so he was taking a nap. 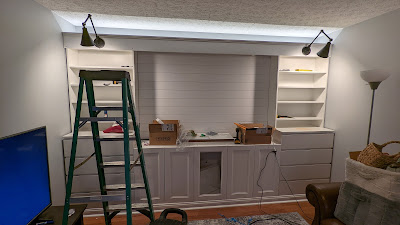 Here is an updated to my last blog about building a built-in entertainment center. Things have been coming along, but I did not get it done before our ice/snow storm. I ended up having to park outside while the garage was the "work area" 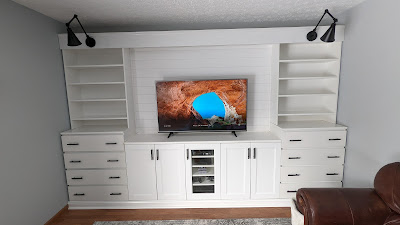 All-in-all it was a pretty reasonable price to build a lot of this using pieces from Ikea. I did build a platform to raise it all up off the ground a little bit. The TV looks pretty small in the middle there now. I am going to let it stay there for a few weeks to settle before trimming out the edges. Everything is locked into the wall tight, but just in case there is any settling. 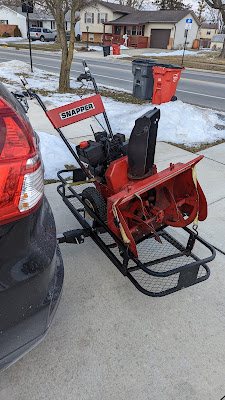 On to my next project... A good friend saw a free snow blower on the curb, while they were walking. They took it home and called me up. I am going to do my best to get it running again. Been a while since I worked on small motors, but I love a good challenge. Time to bust out all my moped tools for some fun! 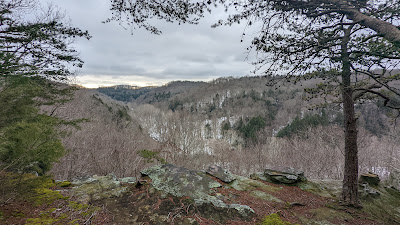 I did go running at Clear Creek Metro Park over the weekend. Some trails were normal with just dirt, leaves, and sticks. 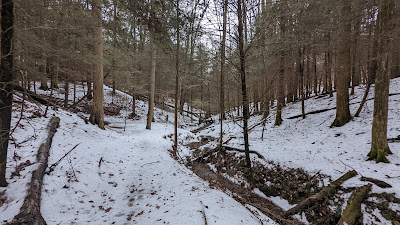 Other trails were extremely dangerous. The north slopes were still ice chutes. They had a lot of sleet and ice a week before and we did have one day of melting and light rain to solidify the ice. It was a slow 4 hours on the trails, but it was good practice on what to do if put in a race situation similar to this. I did buy some crampons to strap on to my shoes with metal spikes to dig into the ice. Wish I had them on Saturday. 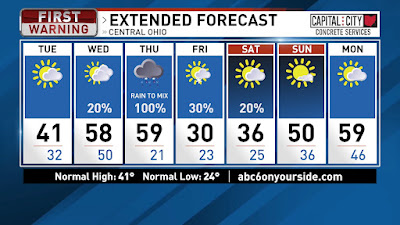 Cold morning with calm winds. Temps are starting off in the lower teens and we will warm to the low 40s this afternoon with partly cloudy skies. Tonight temps stay in the mid 30s for more slowly melting. Winds pick up out of the south on Wednesday and that will help push our temps into the upper 50s. We will start the day partly cloudy and become mostly cloudy. A few rain showers possible, to the northwest, late Wednesday, but most of the area will remain dry. More rain Thursday. Rain will be persistent a lot of the day and rainfall likely around 1”, which could lead to some flooding issues because the ground is still frozen with lots of ice. Cold air races in fast Thursday evening and we may change over to a wintry mix and light snow on the tail end of the system. The majority of the event will be rain and the ice and snow will not last nearly as long as the event two weeks ago. We will keep an eye on timing of the change-over, but right now any ice and snow accumulations look to be light compared to the rain. A few snow showers early Friday morning then become partly cloudy with highs around 30. A weak clipper will swing through the Great Lakes on Saturday and there is a slight chance for a few snow showers or flurries Saturday, mainly north. Highs in the mid 30s on Saturday. Sunday will be mostly sunny and we warm to around 50 by the afternoon. Monday we warm into the upper 50s with partly cloudy skies. Have a good one!