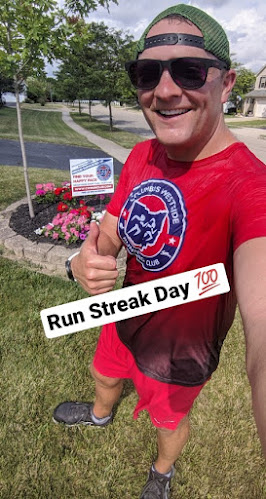 Well... I did it.  I have done a run streak before, but I topped it.  A run streak involves running at least 1 mile every single day.  The longest streak before yesterday was 71 days a couple winters ago.  I like to do them when times are tough and motivation is low for running.  Winter is a good time because there is no decision on whether I would run that day.  The decision is made, so get out there and run.  On March 20th this year my motivation was low because my upcoming 50k (31 mile) race was cancelled 18 hours before the start because of COVID-19.  So I decided to start a running streak.  I was not sure how long it was going to last, but I told myself as long as the stay at home order was in effect. 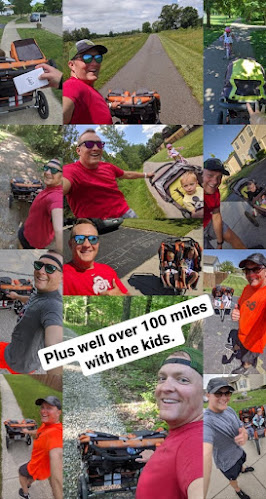 Most of the miles were solo in my neighborhood with about 150 of them with the kids in the stroller.  I did a few runs with a couple friends as well, like Mike, Carl, and Gary.  I am ending it at 100 though.  My feet could use a bit of a break and time off. During the streak I racked up 680 miles including one 100k day, two 50k runs, and a few full marathons. 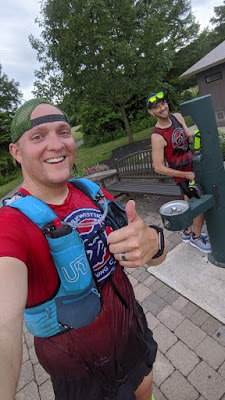 One of those runs was on day 99 with Gary.  He was attempting his first 100 mile run and I joined him as a pacer for the first 26 mile of the day.  I LOVE early morning runs because it gets me home earlier with the kids, so when he asked me if I wanted to start at 5AM I signed up! Anyway... I am wrapping things up with the non-stop running.  I want to do some more summer fun stuff with the kids... 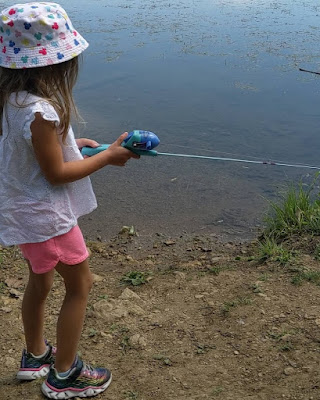 Like Thursday... I took Summer fishing.  She had been practicing casting lately and she was getting very good at it.  The fish were biting so fast that she was not able to get the line set before the bait was already gone.  I did catch a bluegill to show her how to do it, but we are going to go out again soon so she can catch her first fish. 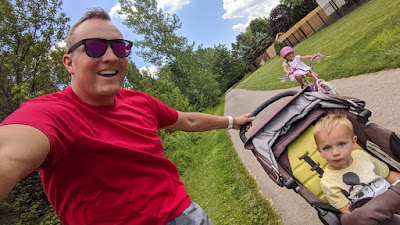 We then went on a bike ride and run together.  She rode her bike 1.5 miles!  She was still on training wheels, but said she was ready to take them off. 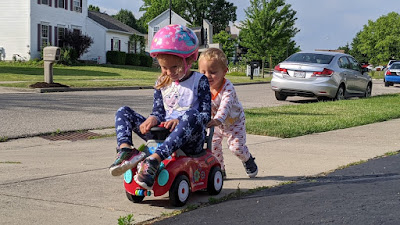 We took them off the next day and still not there quite yet, but working on it learning to ride with no training wheels.  Instead the kids enjoyed playing on Evan's push car. 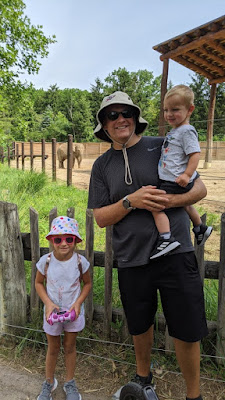 Not for long because we went to the Columbus Zoo and Aquarium on Friday.  We got a 10AM entrance time and the zoo trip went very well.  Most of the zoo was very open and not congested, but a few areas were a little snug, like the gorillas and lions.  We kept our distance and had a great trip. 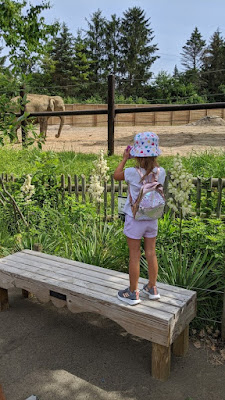 Summer loved getting photos of the animals. We really miss going to the zoo on a regular basis. 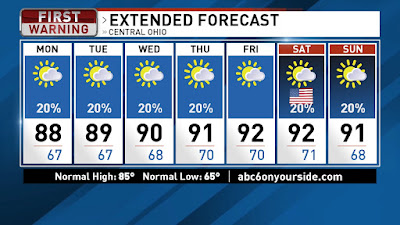 Get ready for a hot, humid week ahead with generally dry weather. Today we have a stationary front right across Central Ohio and that front is slowly going to shift to the south and west. So we have had a few spotty showers along that front this morning and the rain is moving to the south. The front will park from Indianapolis down to Cincinnati and across Kentucky for the coming days. Some rain will fire up near that front and to the south of it. So any rain for Ohio will mainly be to the south and west for the coming day and leaving Central Ohio generally dry. It will also allow for more sun for Central Ohio with some afternoon clouds as we warm up into the upper 80s for the start of the week and then lower 90s for later this week. Same goes for the upcoming holiday weekend with the heat and humidity remaining and we may see a few spotty showers or storms develop, but generally staying dry next weekend as well with no major player to trigger any widespread rain. You will likely need to water the plants unless you are lucky enough to get some rain this week. Have a good one!