Checking in, from home in my weather cave. 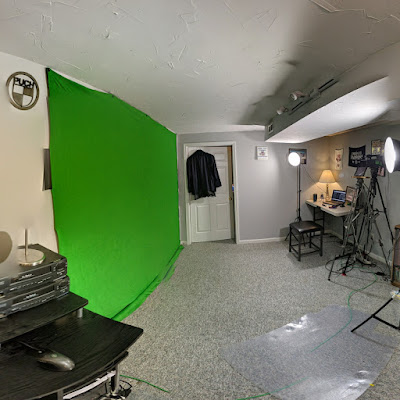 Hello from the basement!  I have to be honest, I have not been on here lately because the new work routine.  I am getting used to it, but there is a little more on my plate.  But it a good thing and I am working from home to stop the spread of germs.  I hope you all are staying healthy and safe.  Let's catch up! 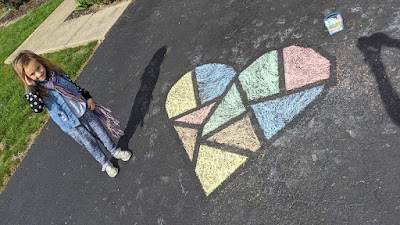 We have been doing lots of activities lately.  Lots of chalk artwork, playing in the yard, and for me... lots of running.  It has been a GREAT way to clear my head with all that is going on. 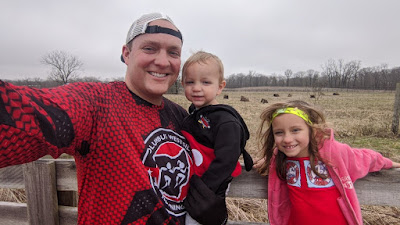 With the zoo closed, I took the kids out to Battelle Darby Creek Metro Park to see the bison on a run. 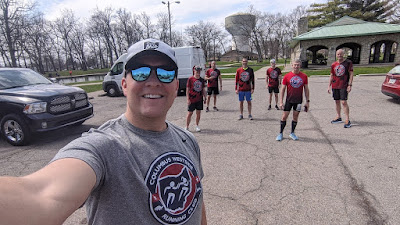 The only run that I have done with anyone besides the kids was one run a could weeks ago.  There were seven of us that split up to run a route that I came up with to spell out #InThisTogetherOhio. 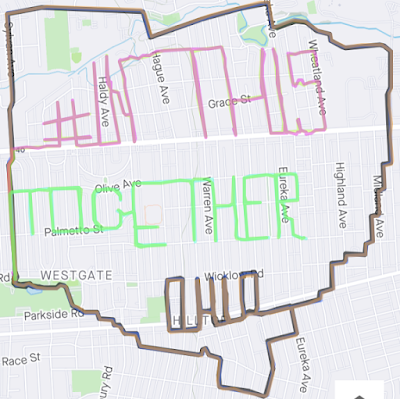 A couple people did the pink, and a couple others did the green, then the final group, including myself, ran the state perimeter and the script for Ohio.  That was about 10 miles total for my run. 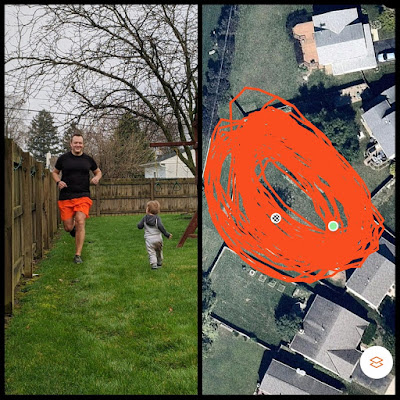 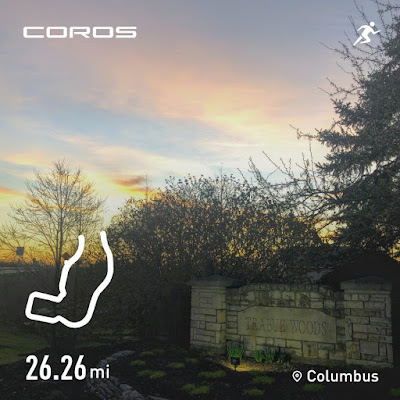 I also ran a marathon by doing loops around my small neighborhood.  We live in a cut-off neighborhood, so no through traffic.  Each loop is about 2.8 miles so it took about 10 loops to reach the 26.2 miles. 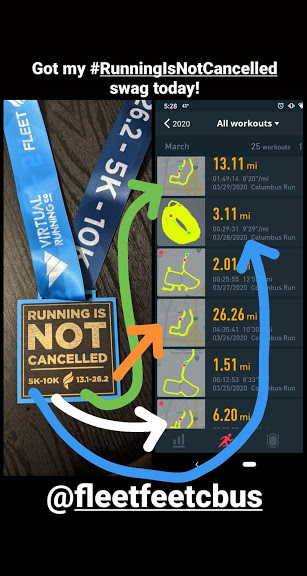 All of this was part to help out the local running companies.  They are losing revenue because their scheduled races are cancelled.  So they have been offering these virtual runs at a very reasonable price to help keep their business afloat.  The local Fleet Feet store started a race and I decided to tackle each of the distances.  Most of the runs were while the kids were sleeping. 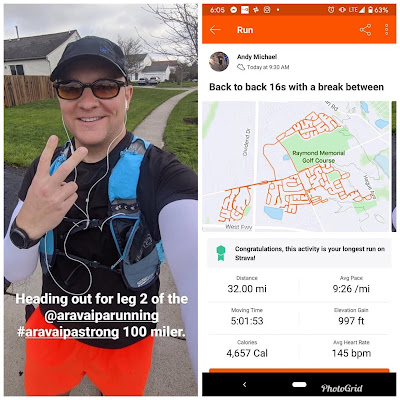 My latest run is signing up for the Aravaipa Strong virtual race.  They have a 100 mile version and you have to finish that in less than 10 days.  So I tried banking some miles this weekend.  I am at 59 miles after 3 days and Saturday was my big day with 32 miles of running. I broke it up into two 16 mile runs so that way I had time to rest and eat before tackling the next chunk.  Lots of road miles, but overall my body is feeling really well.  I debated doing some early morning runs before working, but I think sleep and rest are worth more for healing.  When I wake up I am a little stiff and trying to start running like that would likely end up with a pulled muscle, so I'll be running while the kids nap the next few days.  This will be the highest mileage week I have ever done. 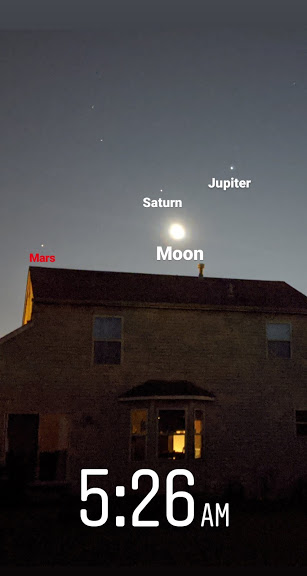 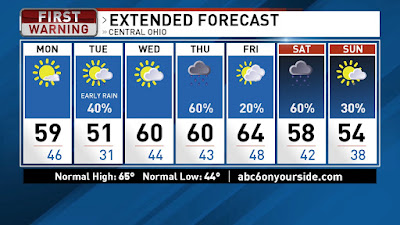 Kicking off your Monday with more sun on the way! We will see light winds today and lots of sunshine with just a few clouds early and late. We will warm into the upper 50s today. Clouds roll in this evening and a few rain showers tonight into Tuesday morning. There could even be a few rumbles of thunder, but severe weather is not likely. Overnight low temps dip into the mid 40s. Tomorrow the rain will kick out early and winds kick up and we struggle to warm to 51. So wet early for some of us then a cool and breezy Tuesday with decreasing clouds. Mainly clear skies Tuesday night will mean overnight low temps near or below freezing for Wednesday morning. Wednesday we warm back to 60 with a mix of sun & clouds. Right now Wednesday looks to remain dry, but more rain will be moving in for Thursday. Thursday looks like a prolonged, widespread rain with highs around 60. A break in the rain for most of Friday with mostly cloudy skies and highs in the mid 60s. Another soaking, widespread rain looking likely for Saturday and that will push in some cooler temps as highs dip back into the 50s. Have a good one!