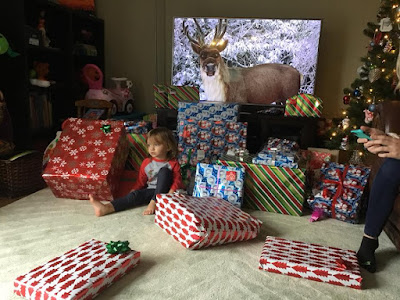 Christmas was great with all the family.  Summer had a great time.  All those presents were not just for her... 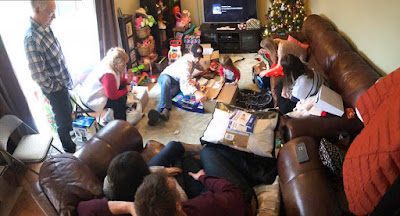 But the grandparents did spoil her! This is a shot of the family visiting out house the Saturday before Christmas.

Dawn got me a Noxgear light up vest for running in the dark.  I have really enjoyed running before work.  Less cars out and I am more awake for the morning show... PLUS my afternoons are free for a nap while Summer naps.

Speaking of running... I have really enjoyed running in the snow.

Sure it is a little slippery at times. 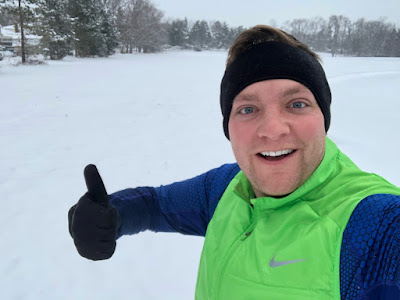 But no one is out and it is very peaceful.

Yesterday's run was my final run of the year.  It was GREAT running on some pristine trails at a local golf course.  I checked to see if I was allowed to run on them while it was winter and as along as no one is golfing then they gave me the nod... and NO one was was golfing yesterday with a few inches of snow! 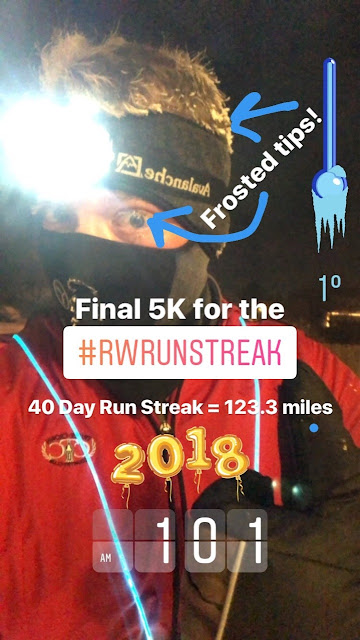 This morning's run was my final run for the Runner's World Run Streak. They challenge runners to run every day from Thanksgiving to New Year's Day because it is a very easy time to toss in the towel and get a good excuse not to run.  I managed to rack up 123.3 miles during the 40 days. I am going to take a little bit of a break to recover then back to training for the Cap City Half marathon in April. 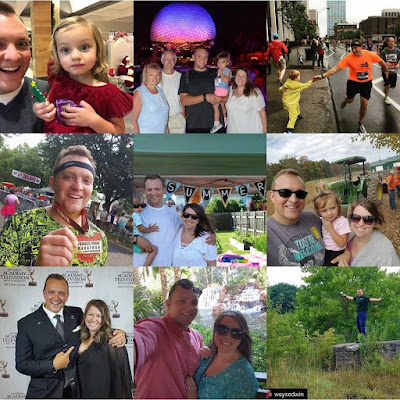 No surprise that running made my top 9 photos on Instagram.  Lots of family here as well. 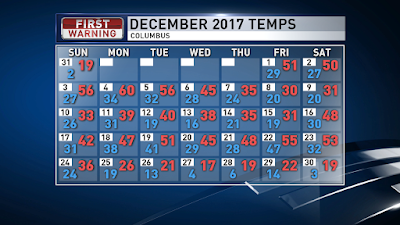 So December will go down colder than normal for Columbus... MAN! What I would give for some of these 50s again... In due time. 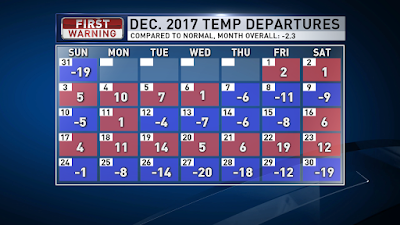 The week before Christmas was actually warmer than normal, but we REALLY got cold for the last week of the month. 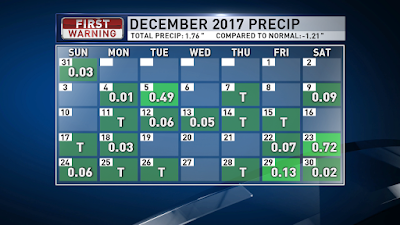 Overall we were drier than normal for the month with more than in inch below normal. 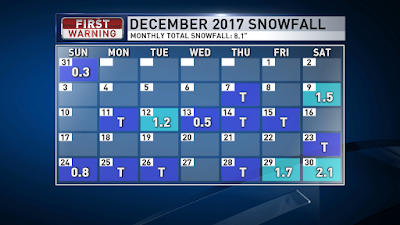 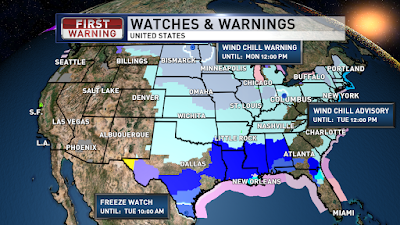 Back to the current cold snap... There are cold watches/warnings/advisories from Canada to Mexico, including Central Ohio. 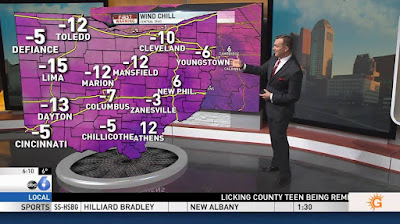 Bundle up!!! Super excited to have t5h 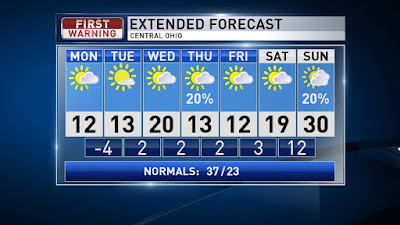 Get ready for a VERY cold start to 2018! We have a Wind Chill Advisory for Central Ohio for your Monday morning with wind chills between -5 and -10 most of the time and occasionally dipping colder with a strong breeze. Temps warm into the lower teens today, but wind chills stay below zero with a mix of sun and clouds. Tonight our temps will dip even farther below zero, but winds will be lighter. Other than a few flurries, we do not have a major system on the way until next Sunday and Monday. Staying frigid until then. Have a good one!