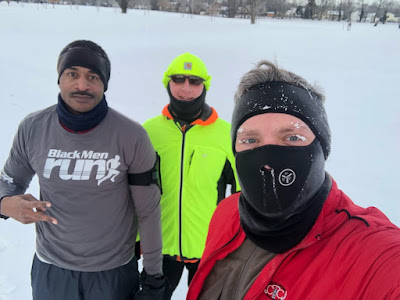 The cold weather has been a lot of fun to run in... Seriously. 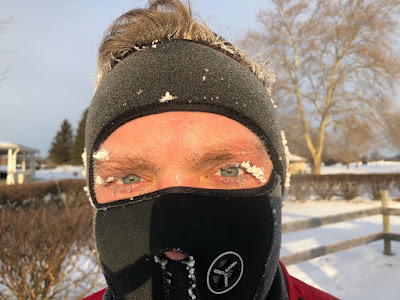 Because you can't get icecycles on your eye lashes in the summer! 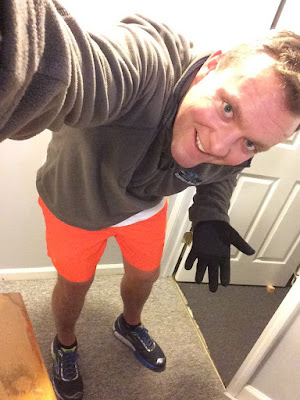 So when it finally warms up to 36, you run in shorts! 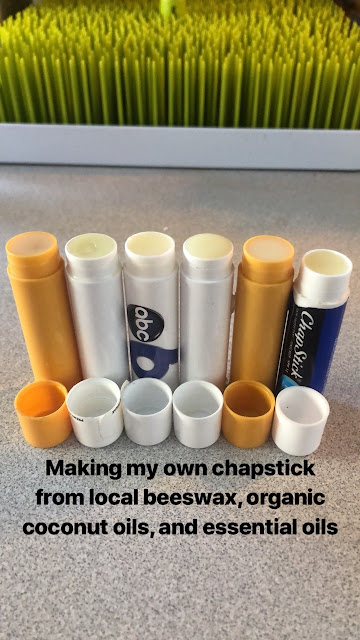 Pretty stoked that I will not have to buy chapstick ever again.  Made my own over the weekend. 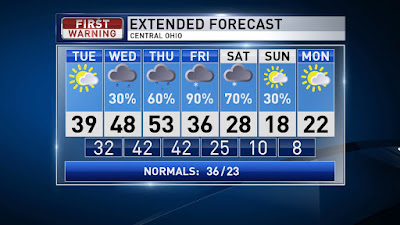 Fairly quiet Tuesday, but be care for icy spots from the melting on Monday. Today mostly to partly cloudy skies and warming into the upper 30s so more melting this afternoon. Rain starts to move in tomorrow and it will be spotty. In the morning our temps will be cold enough for a few pockets of freezing rain, early Wednesday. More rain showers on Thursday and warming into the 50s. Temps fall quickly Friday and we start with rain in the morning and switch to snow showers by the afternoon and evening. The track of a Low, still out in the Pacific, could bring a significant snow for parts of the region. The track is still uncertain and a slight shift this far out could mean a lot of snow for Central Ohio or just a few inches. If it passes over us, we will see snow Friday night into early Saturday. This could be the biggest snow we have had in a few years, since the last couple winters have been so mild. Stay tuned to the forecast on-air with up-to-the-minute updates because models are still not certain on the track. Arctic air returns for Sunday. Let's break it down a little more. 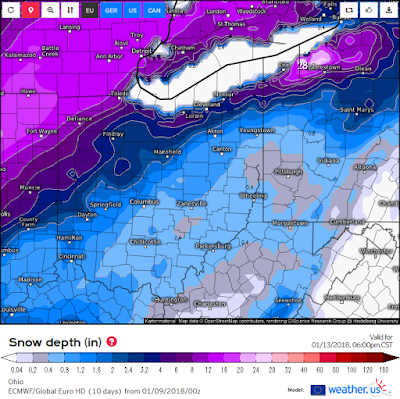 The Euro model, above, typically handles winter systems and their track the best, but this seems to be an outlier for the track. 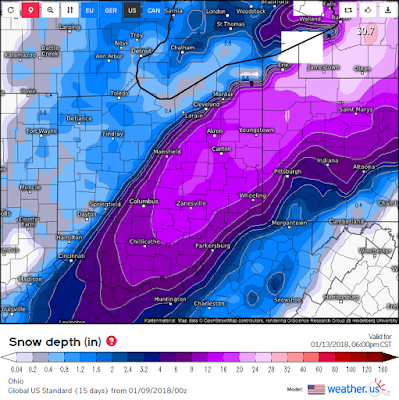 The American GFS has most of the snow hitting Southern and Eastern Ohio. 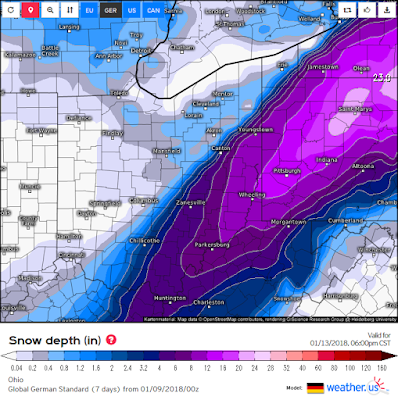 Same for the German model, but a little farther East. 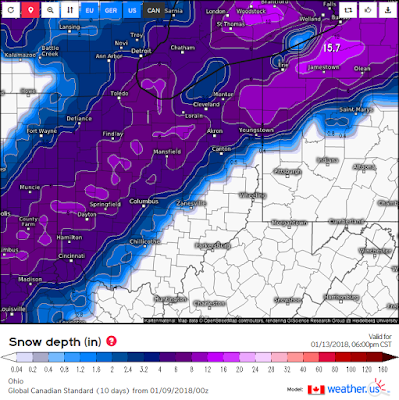 The Canadian model is going right down the middle and splitting the paths.  Right now... I would probably go with more of this path. 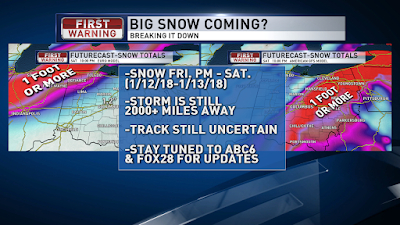 I woke up to LOTS of messages asking about a big snow coming... There are still a LOT of variables, but parts of our region could have a big snow later this week. The confidence is high for a big snow somewhere in the region... but it hard to specifically say where since the storm is technically still out over the Pacific Ocean.  Stay tuned!