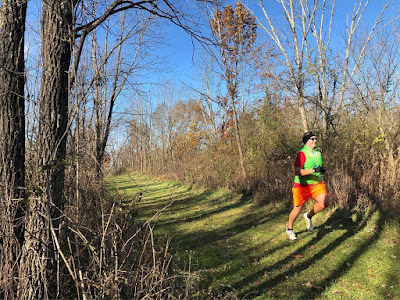 This week has been fantastic for fall running.  A tad chilly, but I made it out to the Metro Park trails earlier this week while Dawn and Summer were out of town. 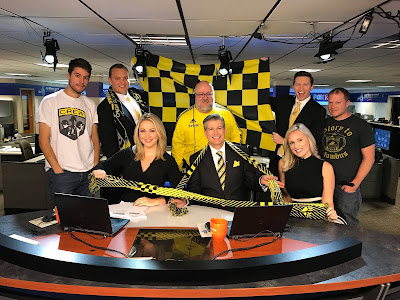 Columbus Crew SC had their playoff match at home on Tuesday and our crew was reppin' the black and gold on Tuesday.  Hopefully we can move forward with a tie/win when we play again next Wednesday in Toronto. 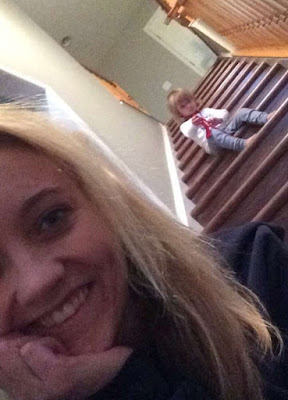 My parents picked up Summer yesterday to head to Thanksgiving early.  Glad she gets to spend time with my sister before my sister heads to Florida for the Disney College Program. Summer is getting spoiled by my family. 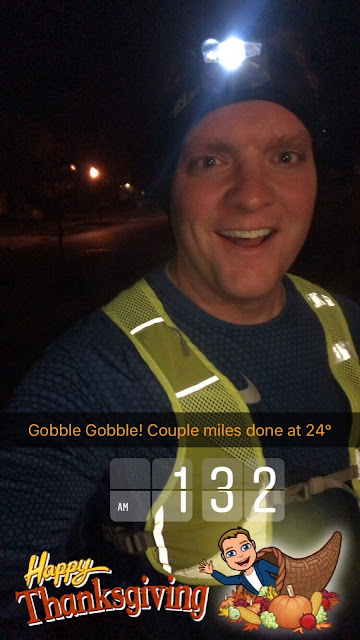 Got up early, before work, to kick off 40 Days Of Awesome for the Runner’s World Run Streak. I did it last year from Thanksgiving to New Year’s Day and it definitely kept me motivated to stay active during an easy-to-make-excuses time of the year. I have to run at least 1 mile a day for the 40 days. 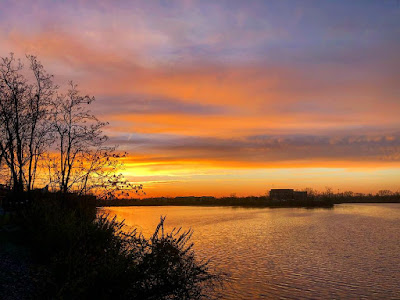 I saw the sunrise out of a window at work and had to run out to snap this amazing photo over Broadcast Lake. 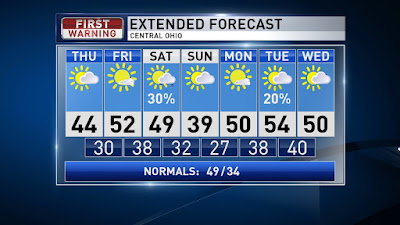 Great traveling weather for today with mostly to partly cloudy skies, dry roads, and chilly temps. We warm into the mid 40s today then clearing skies tonight and dropping to 30 for any early Black Friday shopping. More sun tomorrow and warming into the lower 50s. A cold front will sweet through on Saturday bringing the chance of some early spotty rain showers then partly cloudy for the afternoon. Mix of sun and clouds on Sunday and colder then more sun and warming on Monday. Another cold front later Tuesday will bring more cold air for the second half of the week. The pattern rolls on...

Speaking of pattern... let's talk about how our winter pattern is looking.  If you look near the equator just off the coast of South America you can see that the Pacific is cooler than normal, in this Sea Surface Temperature Anomaly map.  That means La Nina, cooler Eastern Pacific waters.

Another big factor in our winter pattern is the Northern Pacific.  That high pressure has been sitting there and staying put.  So what does all this mean... 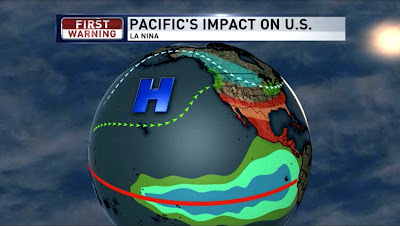 So I cooked this up a while ago for my talk with Ohio Department of Transportation to help them plan for winter.  So we have La Nina in the Eastern Pacific and high pressure over the Northern Pacific. 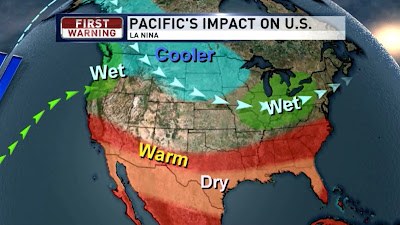 So this means that the polar jet stream will be going around the high and then dive south over Western Canada and come across the Northern Plains to us.  The La Nina pattern for the Ohio Valley is wetter than normal. Normally temps do not differ a whole lot from normal, but if the past few weeks are any indication then we may be colder than normal for the winter.  The cooler air will push in with a stronger polar jet and a snow pack over the Northern Plains.  So get ready for a winter with a lot of Alberta Clippers.  Those are fast moving systems from the northwest that typically bring medium-light snows over and over and over.  It is the southwestern systems that bring the BIG snows, but those may hold off until the tropical jet stream starts overtaking things at the end of winter. 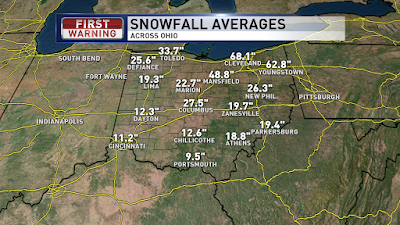 So here is a map of snowfall average for Ohio.  I think it would be pretty safe to take these numbers and increasing that by about 20% or more.  Especially near Lake Erie.  Lake Erie is warmer than normal so lake effect will be in full force for the start of winter until it starts freezing over.  Last year that never happened.  Anyway, I think a wetter than normal winter is a pretty good bet.  As far as temps, I think near to slightly below normal, on average. 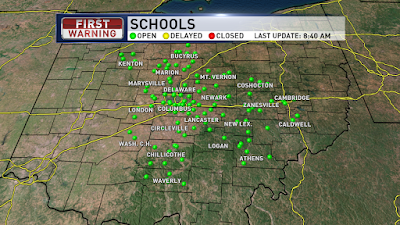 Before I get back to the morning show, I want to share this with you... We are your "School Closing Headquarters" at ABC6 and FOX28, and I am stepping it up this year.  Since we are on our temporary set, and can't really do augmented reality with our current set, I focused on new challenges.  I wanted to write some computer code to take school closings and plot that to a map.  So the last few weeks I have been knees deep in computer code... something I have never dabbled in... and I finally have it finished.  So this map will plot delays and closings for the schools across Central Ohio.  I CAN'T WAIT for the first delays and closings with winter weather to finally start using this graphics.  So.... shhhh!!!  You got a sneak peak at it! Normally you have to wait for a list of schools at the bottom, but you can get a good idea if schools in your part of the area are delayed or closed by checking out this map! Back to the show! Have a good one!

The first inch of snow contest is still happening on my Facebook page! Click HERE for a link to the rules and to join in!
Posted by Andrew Buck Michael at 8:50 AM