I have been pounding the pavement for the final big weeks of training before the Columbus Marathon. 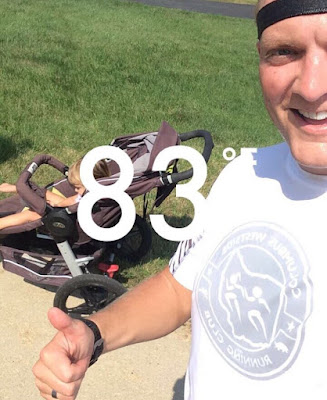 I have been running as earlier as possible to avoid the heat.  Last week I changed right after work and got my run finished before lunch with Summer. 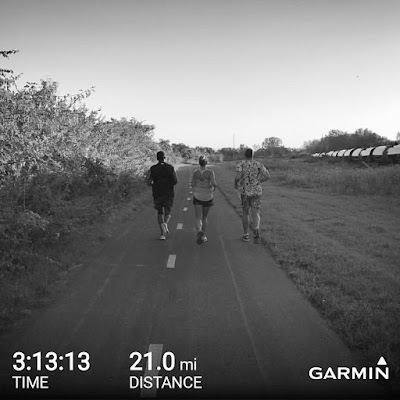 Sunday I went running with Columbus Westside Running Club.  It was a rough run because I had a little too much fun the day before at the Ohio State football game. I should have drank a lot more water.  But thankfully I run with some awesome people and they inspired me to push on through some cramping. 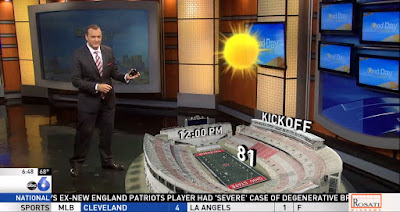 I have been loving doing more and more augmented reality weather graphics. 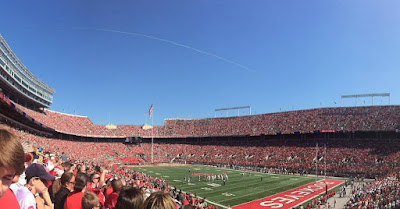 Forecast was pretty spot-on... sunny and HOT!  My good friend is expected a baby soon and she didn't want to sit in the heat so she insisted that I went to the game with her husband.  Thanks Al! 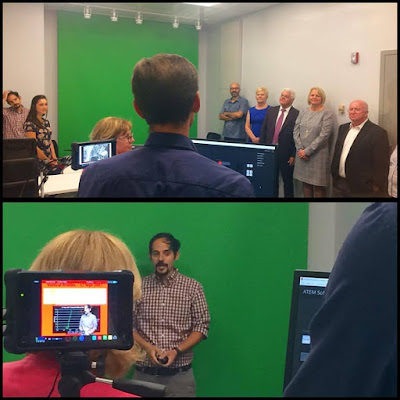 Speaking of Ohio State... The Geography Department received a donation from a former student to make a new collaborative area with new technology for students.  They finished phase 1 with a new green screen for students to have at their disposal and work on presentations.  The next phases will involve a 3D printer, office space, and more.  This is great for students to get the repetition in front of the green screen and get a step up when getting the first job out of college. 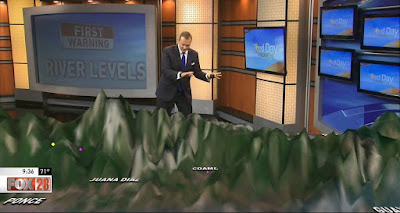 As far as augmented reality.  I have been able to really take advantage of our technology last week with the hurricanes.  I brought in a 3D map of Puerto Rico to show the topography and how the valleys had record flooding.  The rain on the mountain-side would drain down to the rivers. 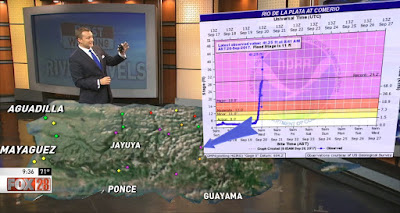 Then I pulled in the gauges of river levels to show how the valleys had the worst of the flooding before the storm even made landfall. 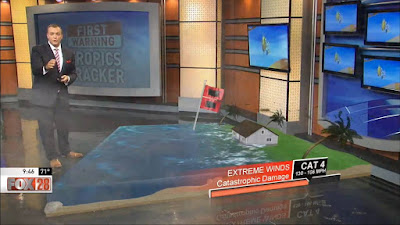 THEN... not only the rain, but the wind stripping the trees and ripping apart buildings.  I have some big plans to step up our augmented reality game even more.  It is a piece of technology that helps tell the weather story and I am so blessed to work at a place that has it. 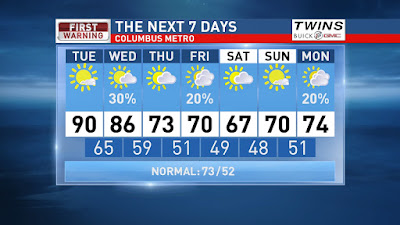 One more day with highs expected to reach 90 then cooler temps on the way! Mostly sunny with light winds today and a high of 90, coming off of three days in a row hitting 91 in Columbus. Today's record high temp is 92, set back in 1998. Staying mostly clear tonight and warm then more clouds heading through the day tomorrow. A cold front will sweep through during the afternoon and a spotty shower will be possible Wednesday. Normally rain would be more likely, but our airmass is very dry, so there will not be a lot of moisture to work with during the cold front passage. Highs in the lower 70s for the end of the workweek and another slim chance of rain Friday. This second push of cool air will be bringing our high temp on Saturday down into the 60s! Weekend should remain dry and cooler. Have a good one!