What an awesome, busy weekend... 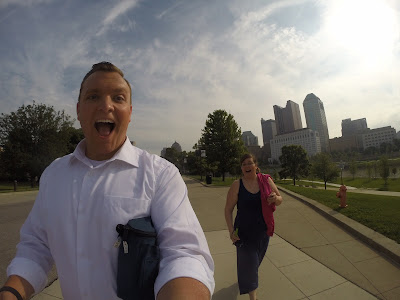 I started my "weekend" on Friday morning.  I built a "kite" with a hanger and fishing line to spin my GoPro around in a big circle to show the surrounding area.  It is a pretty awesome view, but has to be slowed down to avoid getting sick.  So after I was done doing the weather on Friday I built a better version and then went downtown to shoot some shots of Columbus. 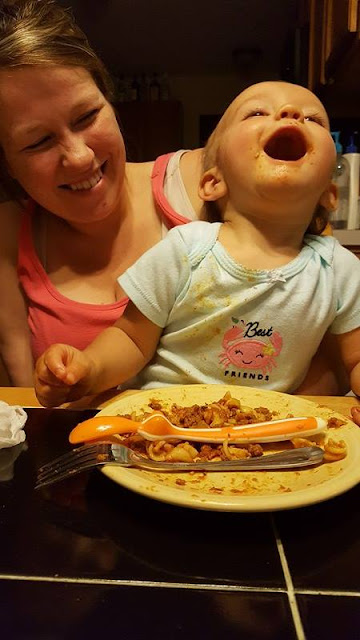 This weekend Summer tried more and more new foods.  She was a fan of Dawn's pasta pizza... and it was AWESOME!  That shirt will forever be a spaghetti shirt now. 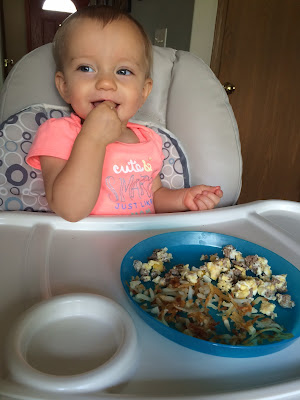 I made breakfast and Summer was a bigger fan of the potatoes and beef than the eggs.  Just like her mom. 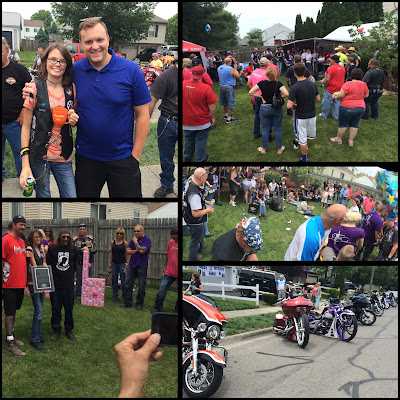 This is an awesome story I was able to take a small part in... A loyal viewer has been messaging me the last two weeks asking, a couple times a day, about the forecast for her daughter's 16th birthday. We got to talking and I found out more... on her 15th birthday 30 of her friends said they were coming to her birthday party but did not show because she "talked different" and was autistic. So this year her mom secretly contacted Bikers Against Bullying for a surprise birthday party for Bella. It was quite the turnout. I got there just as Happy Birthday was sung. The moment she spotted me at the party and gave me a hug... melted my heart and I'm so glad it was caught on camera.
This video was put together by Payne Productions. Happy Birthday Bella! 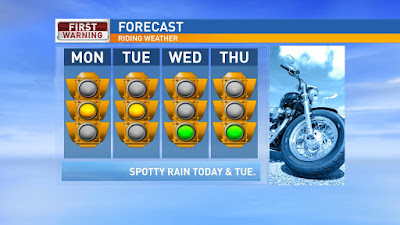 So I am sure a few bikers enjoyed tuning in this morning for us chatting about that and for the motorcycling forecast. 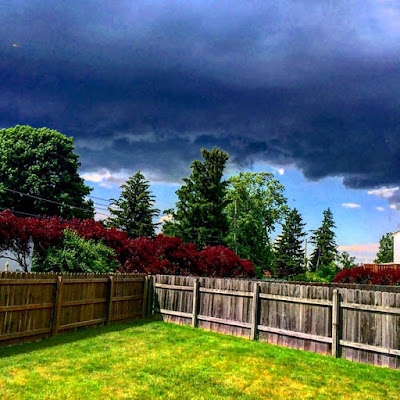 The weather the last few days was crazy!  Sunny, stormy, blue skies, then more storms.  We even had a weak tornado, EF0, touch down in Northeast Columbus on Saturday! 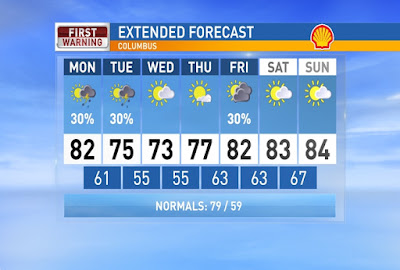 Humidity will be lower for today, but the chance of rain is not gone. Partly cloudy today with some isolated showers/storms. Tonight will be partly cloudy and dry then Tuesday will be a repeat of Monday, except cooler. More isolated showers/storms possible Tuesday and partly cloudy. We stay cool through the middle of the week with more sun. Scattered showers and storms possible Friday then we see the summer temperatures return for next weekend. Have a good one!