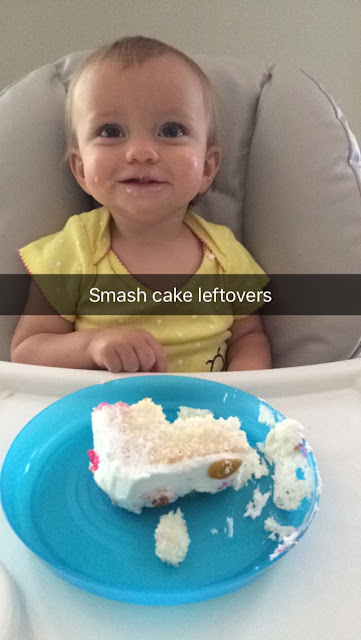 With some of the leftover birthday cake we let Summer have a second helping, but she wasn't too excited.  She doesn't seem to be a sweets fan.  Definitely something she got from her mother. 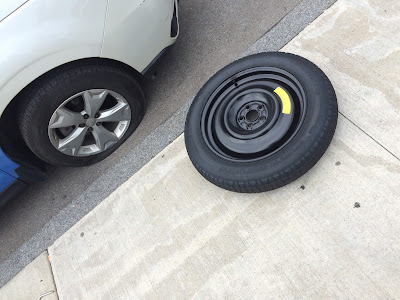 Yesterday morning was ROUGH!  I felt horrible, but sucked it up and came into work.  I was running around shooting my Weekend Out segment and when I was parallel parking at Columbus Commons the tire popped on the sharp edge of the marble curb.  So sick, I started putting the spare on.  I noticed the jack didn't look right and was lifting the car at an angle.  Once it was up enough to lift the tire I started pulling it off and the jack slipped and the car fell and pinned my arm between the wheel well and the wheel.  I used my other free arm to pull the wheel out and got my arm out... UGH!  I don't think anything is broken, but I braced the wheels more and the jack and finally got the spare on. 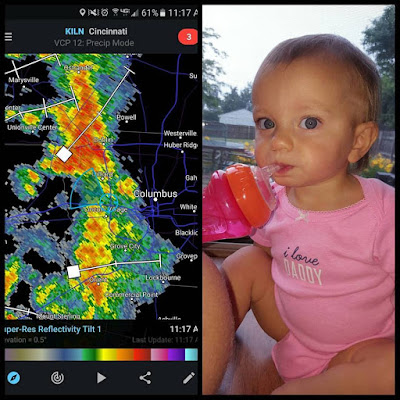 I was in a much better mood at home sitting at the back door watching some storms roll in with Summer. 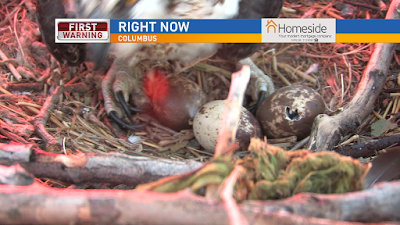 Feeling better today and super excited that our osprey are hatching!  Well, one is starting to try to poke through.  So we will be watching that VERY closely this morning and today. 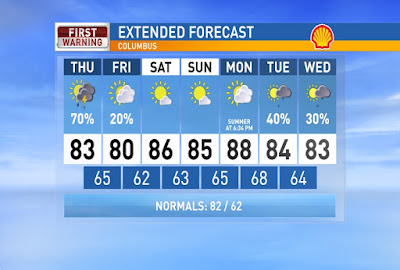 Another unsettled day with a front moving through this afternoon. We start off Thursday with patchy fog from all the moisture after Wednesday's rain. Sun will cut though the fog early then more clouds by midday and showers/storms starting to pop-up for the afternoon. Most of the rain will pick up strength as it moves to South/Eastern Ohio and that is where there is a Slight Risk for severe storms today. A few lingering showers tonight & Friday possible, mainly for South/Eastern Ohio as the front moves through. Humidity will start dropping some tonight and continue through the day Friday. Clouds will slowly clear out through the day on Friday. That will set us up for a mostly sunny, low humidity, warm weekend with highs in the mid 80s. Have a good one!