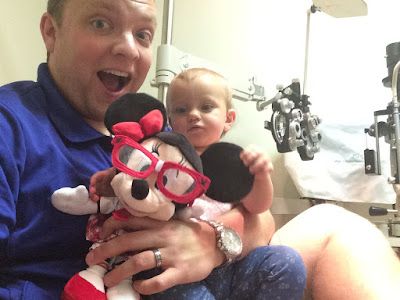 Summer had her first visit to the eye doctor yesterday!  Her eyes had no issue, but our eye doctor does a free program for babies before 12 months and we figured we would just take her to get checked out and the doctor said her eyes were awesome! 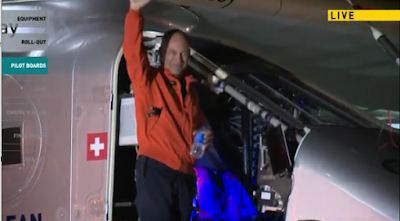 This morning was a fun morning, the Solar Impulse took off from Dayton International Airport at 4AM and was expected over to fly over Columbus.  It is a solar powered glider plane that is flying around the world only on the sun's energy.  That is pretty sweet and it was a chance for us to see a world record being set. The two pilots have already set other records like longest solo flight, which was 4+ days over the Pacific, but we had a chance to see it over Ohio. 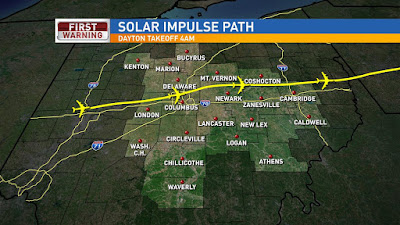 So here was the pre-flight path expected for it to take. 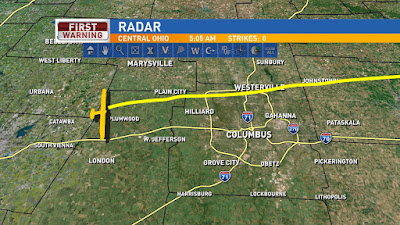 Here is a more zoomed in version as it approached Columbus. 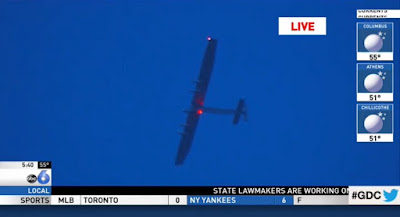 Sure enough... we were able to catch it LIVE on TV.  I get particularly geeked over the science behind all of it. 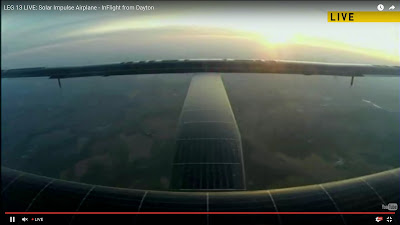 Here is the LIVE feed as it was flying over New Albany, Ohio.

It did have a two hour holding pattern over Licking County as it was gaining energy to climb from 7,500ft to 15,000 ft to start going over the mountains.  It is not about ready to move into Pennsylvania. 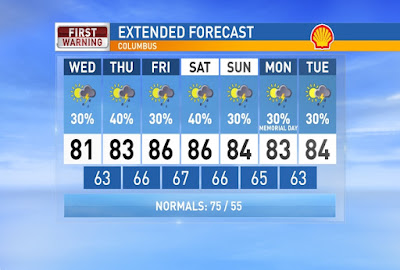 The warm temperatures along with humidity are back! Humidity will start climbing today and stay high through the Memorial Day weekend along with temps in the 80s. Isolated showers and storms will be possible for the entire extended forecast. The best chance to see the rain will be in the afternoon and evening, but cannot be ruled out at night or in the morning. No major change to this pattern in the near future. Have a good one!