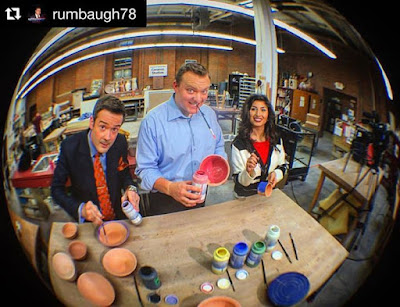 The early morning crew glazed some pots yesterday for Empty Bowls. I can't wait for the story to air on Good Day Columbus.  The bowls will be auctioned off at the Grand Illumination, December 4th, and the money goes to the Mid-Ohio Foodbank. 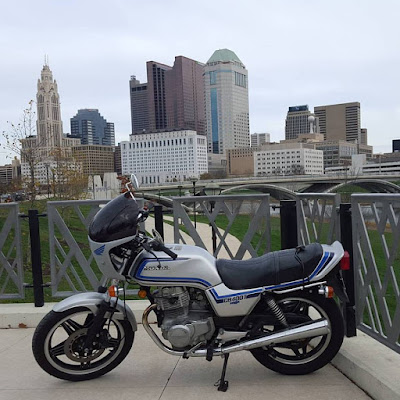 I also took advantage of the 71° yesterday. That may be the final ride of the season because a wintry mix is on the way for Columbus. 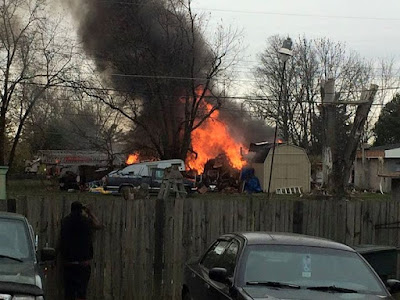 I also helped out with breaking news earlier this week after a house exploded.  We were the first crew on the scene and showing LIVE picture on TV and on Facebook before the other stations even made it to the scene.  Benefits of being out and about and nearby. 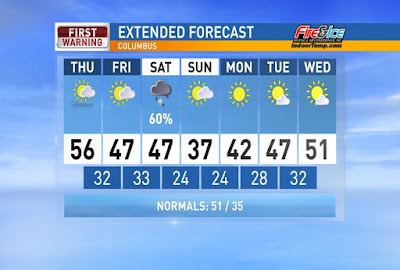 Rain has moved out and now cooler air is pushing in for today.  Temperatures will stay in the mid 50s for today and breezy with sunshine and a few passing clouds through the afternoon.  Temperatures fall to near freezing overnight with mostly clear skies.  Patchy fog is possible as well early Friday.  Friday will be cool and start off with some sun, but clouds arrive later in the day.  A wintry mix is on the way for later Saturday.  It will likely start off as light rain in the afternoon and switch over to flurries Saturday evening. Then becoming even colder for Sunday and Monday morning.  Bundle up and have a good one!