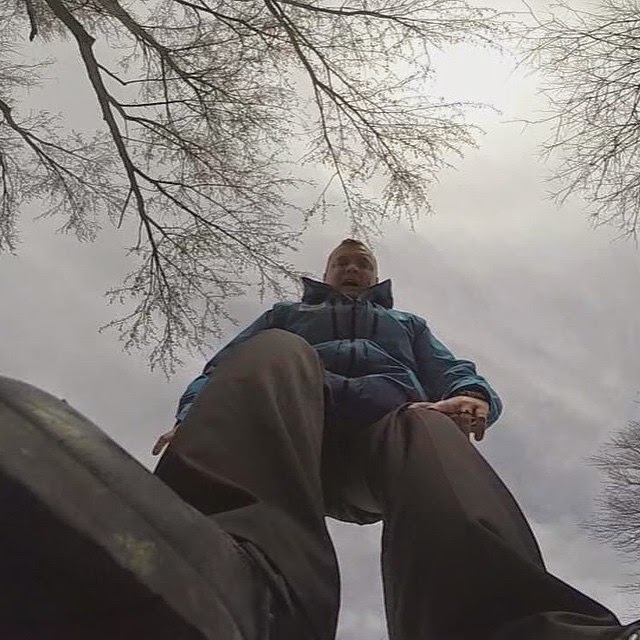 When do a story about potholes... you really cannot appreciate the scary feeling of a pothole without getting a view from inside the pothole.  Poor little fellas take a pounding... ;) 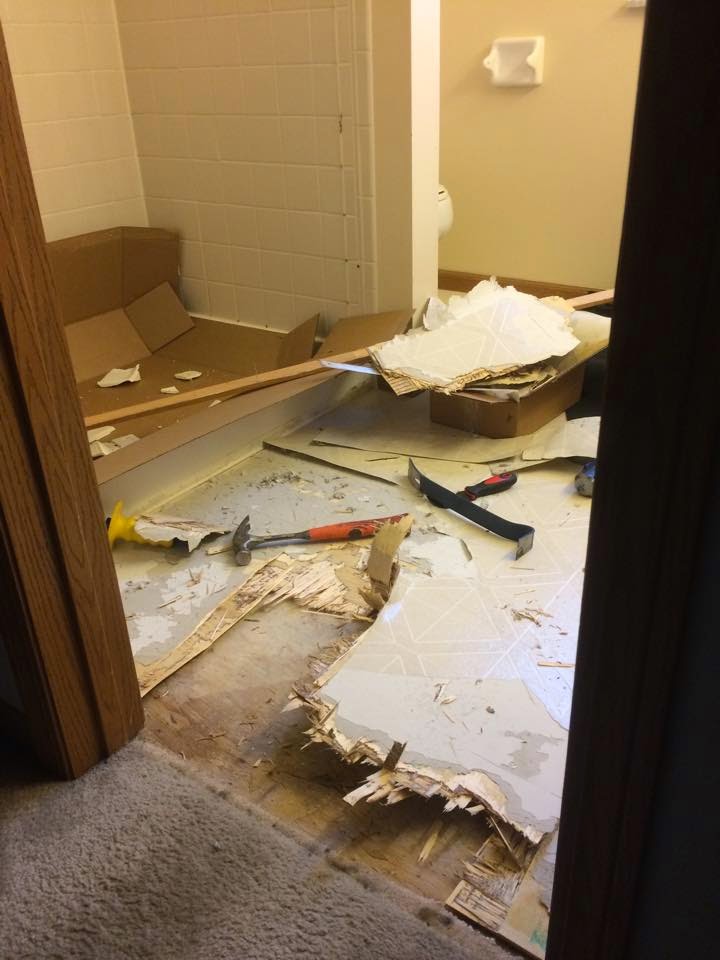 Speaking of pounding... I started my bathroom remodel at Casa De Michael on Wednesday evening.  The first big project for the first half was removing all the "stuff" including the floor and shower surround. 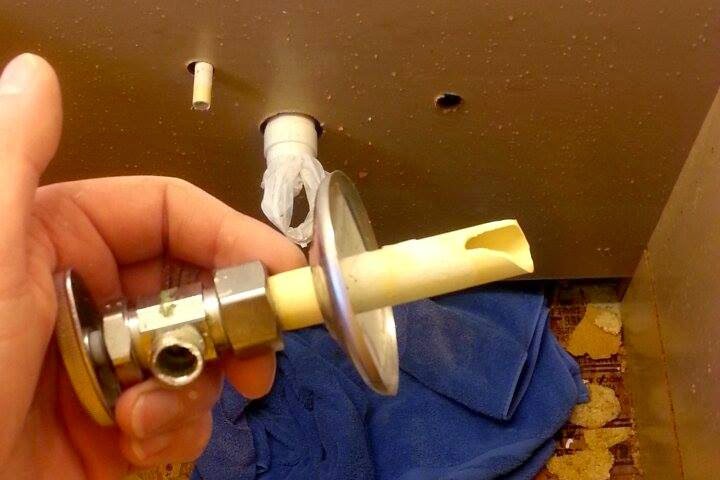 With a pregnant wife, the restroom is in constant use due to a baby doing bladder bouncing... so I didn't turn off the water... BAD idea.  The plumbing in the house is about 20 years old... and when I was trying to shut off the water valve for the sink.... I busted the pipe where it came out from the wall... Water came shooting out... I SPRINTED downstairs to shut off the water and got the mess cleaned up before any damage was done.  Hard to say exactly how many gallons came shooting out... but NOT what I had in mind for a "fun" time.  Luckily the bathroom was very well water-ized and no leakage to the lower floors or rooms. 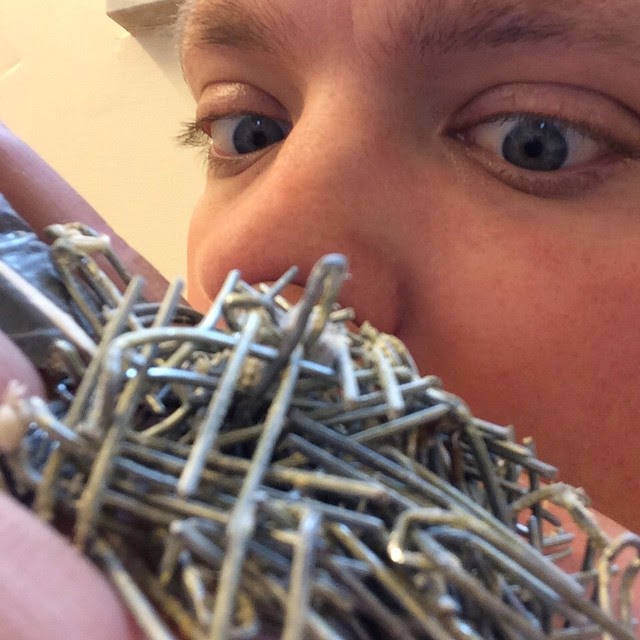 Once the linoleum was removed, I had to pull about 500-600 staples from the floor that held down the 1/4" board underneath the linoleum.  I tried using a screwdriver at first, then needle-nose pliers and finally found that vise-grips and rolling them out was the most effective.  Some said just pound them all in, but with a blind dog downstairs that doesn't understand where the loud noise is coming from... and a wife working and making client calls... pulling was FAR preferred. 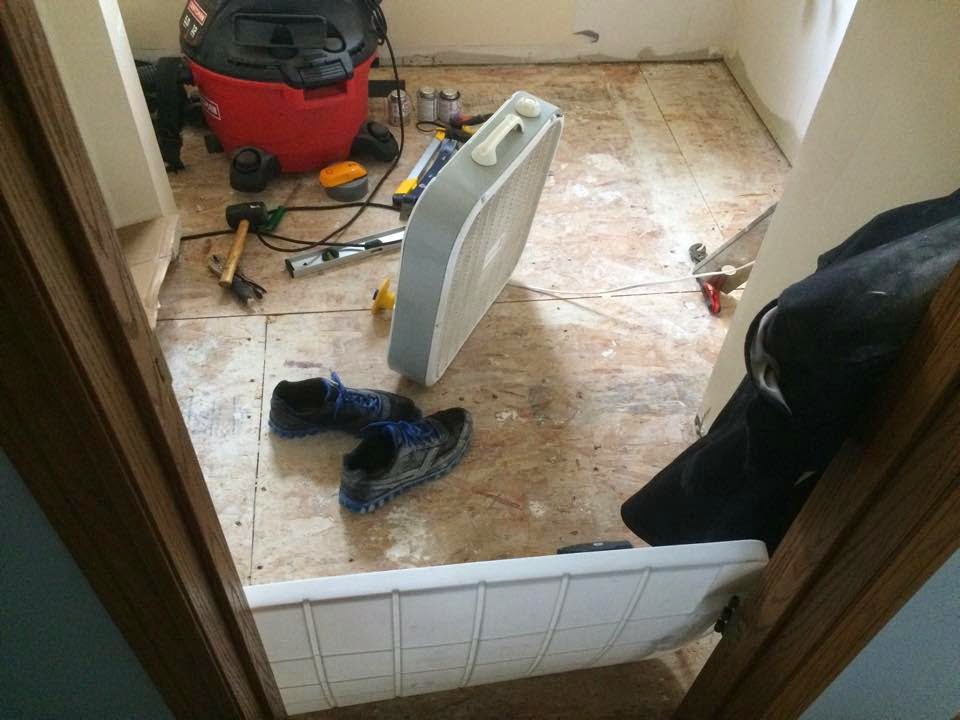 Still ran the fan to get it all dried out 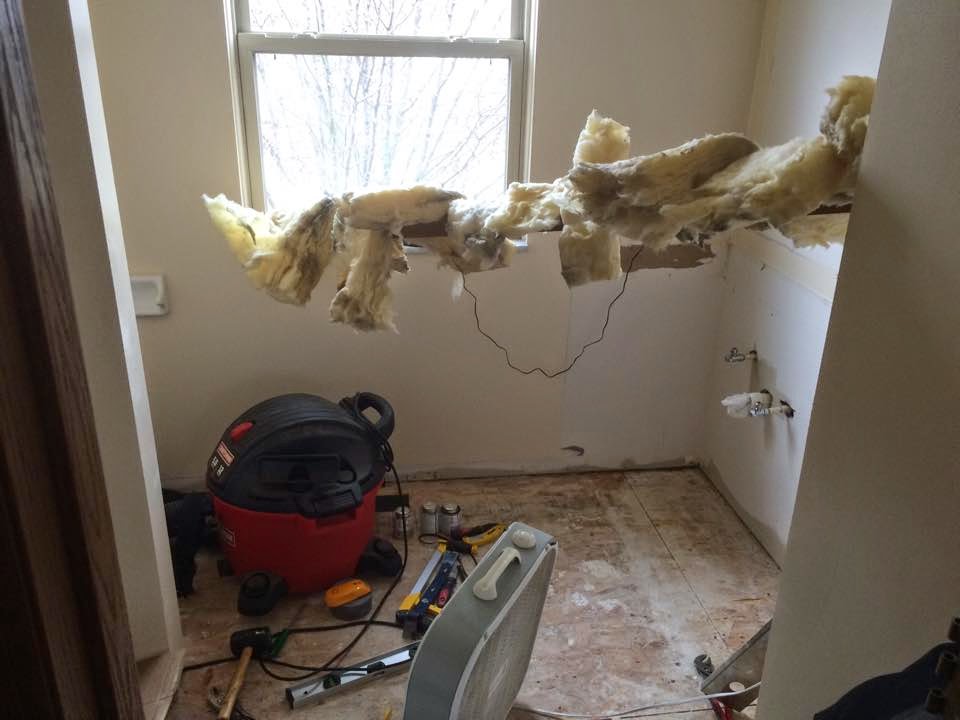 And let some of the insulation air dry, but about 10% of it was too far soaked and had to pitch it. 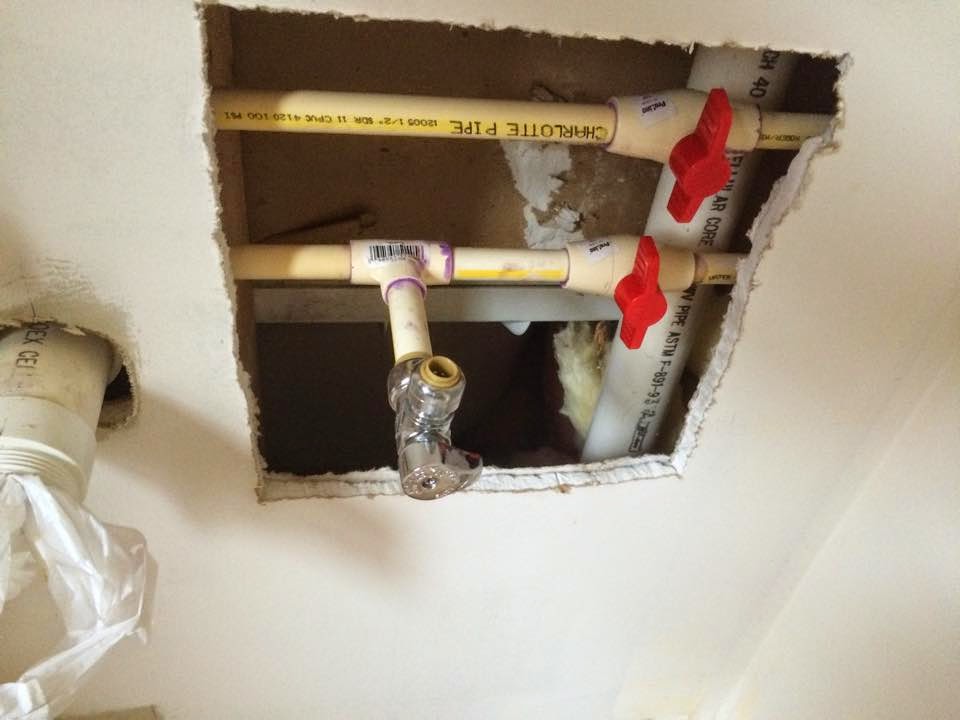 I am not sure why they didn't install shut off valves when the house was built, but I took care of that.  One weekend when my wife is out of town I want to shut off the water to the house and put a lot more shut-off valves in the basement to shut off certain parts of the house.  My dad did that when he built his house and it is very nice to shut off just certain rooms for repairs instead of the entire house. 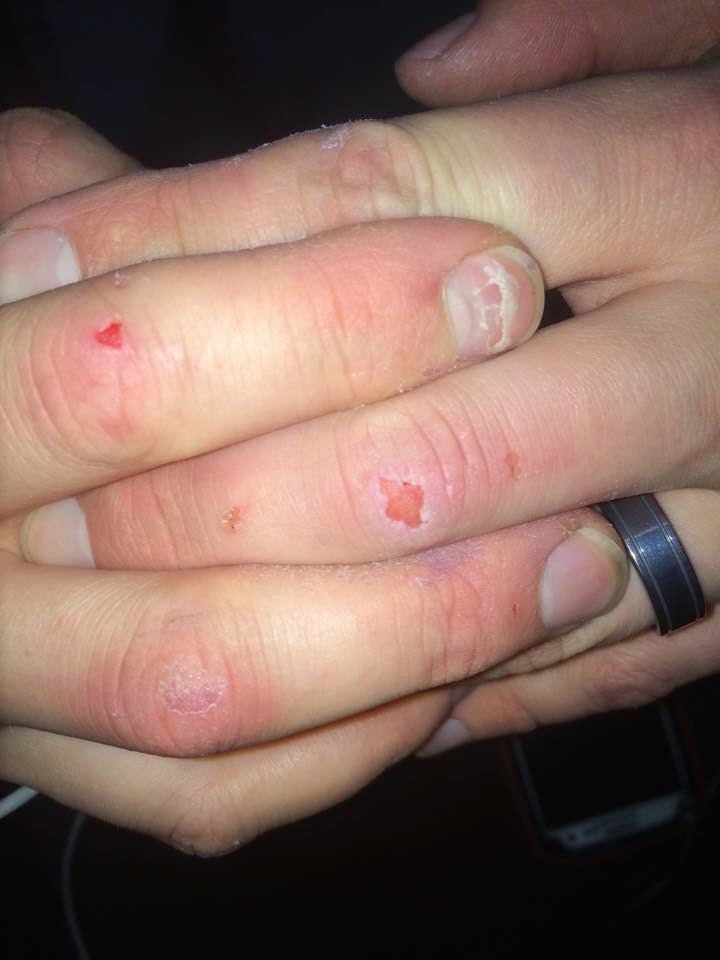 Needless to say... My fingers took a beating... mainly during the water clean-up when I was frantically trying to control the situation.

This was most of the mess after day 1... 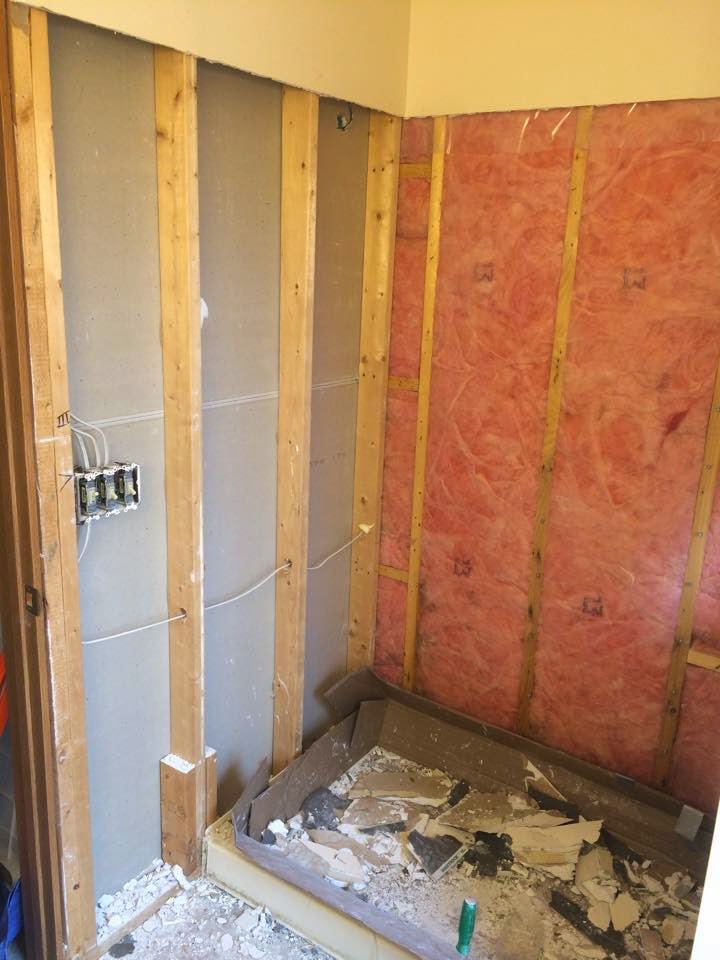 Day 2 was just the shower surround.  It took a little longer than expected to remove the shower tiles and drywall.  Yes... drywall.  For the 50 sq. ft. around the shower... they managed to only use about 15 sq. ft. of cement board. Stupid! Anyway, got all that cleared out. 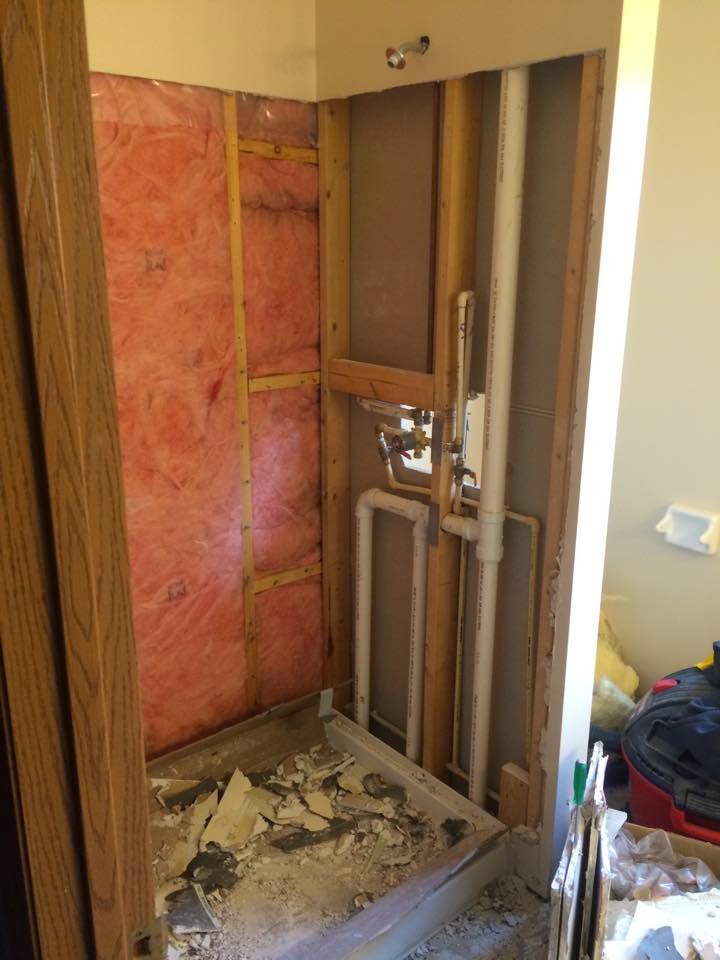 And cleaned up... Cleaning it all up is the worst! 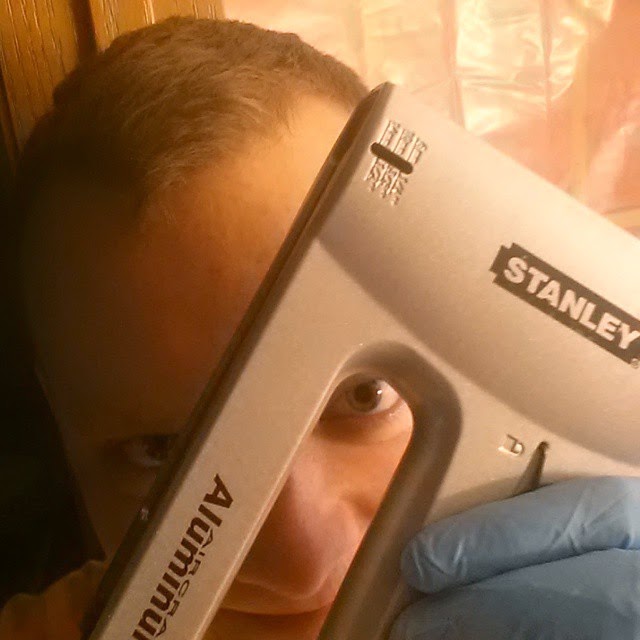 Then I got a little Dexter when putting in 6 mil plastic over the studs.  The shower basin is in great shape so we are not replacing that... which is another 6 hours saved on the remodel.  We may get it resurfaced... but that all depends on the budget once we get it nearly complete.  I just can't caulk the lower corners before we make that call. 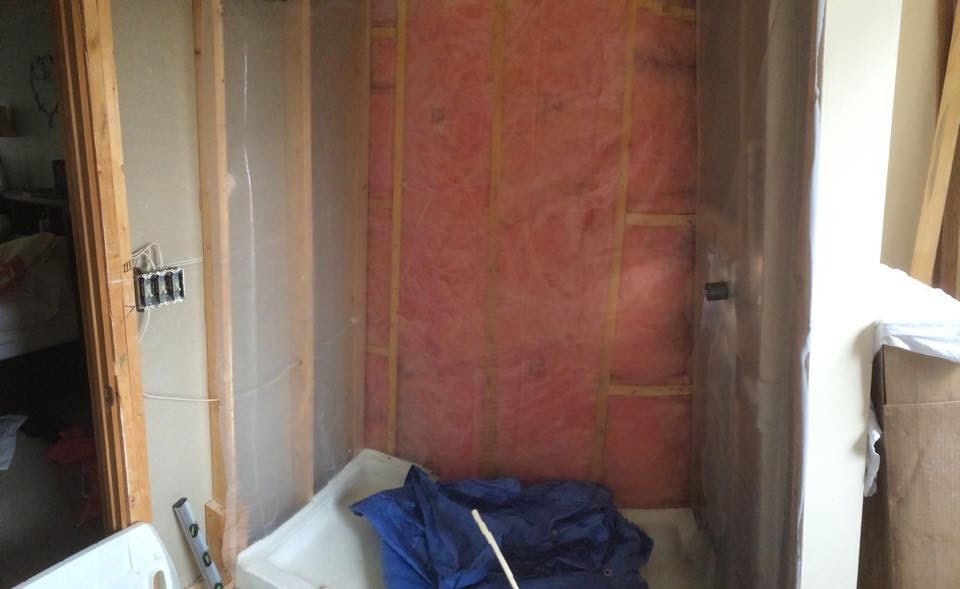 But, all-in-all for two days of work, I am happy to be where I am.  I spent a few minutes today trimming the plastic and caulking that to the shower basin.  I have about 16 hours into the job so far.  (Which includes an hour of cleaning each day to run the vacuum and sweep any messed that spread downstairs)  Tomorrow I will start laying the Hardiebacker down on the floor and then the walls of the shower.  Then tape and mortar the joints.  Then start painting the ceiling and walls.  I am hoping to start tiling the floor by Tuesday... or at least getting all the tiles cut for a dry-lay of the floor.  I am not quite sure how long the floor and showers will take me to tile, but I am not really giving myself a hard-cut finish date... except the baby's arrival in about two months.  But I am taking Monday through Friday off next week to knock out as much as possible.   I HOPE to be grouting by Friday... but not hard-set on rushing.  I would rather get the job done right than fast.  The good news is that the tiles in the shower will require very little cutting with the wet saw.  CHA-CHING!! 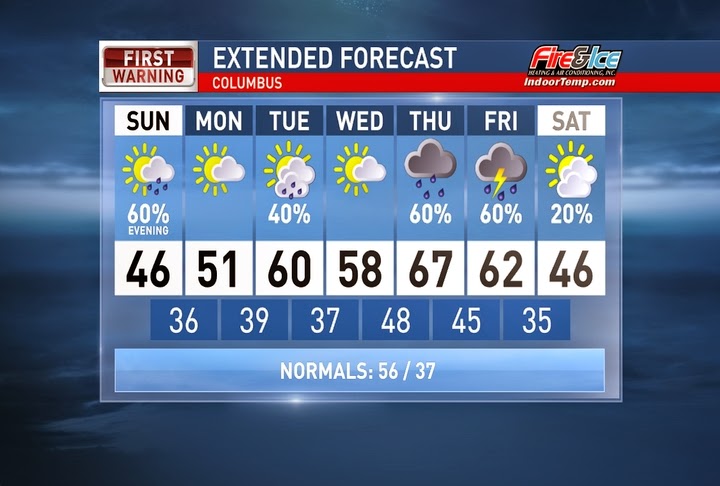 Dawn is off all next week too & I know she will not be helping out too much with the bathroom, but I know she wanted to take at least one full day to do some fun stuff around Columbus.  Not sure what we have planned for our exploration day, but right now it is looking like maybe Wednesday will be the pick day of the week.  We will be COLD Sunday morning with lows in the upper teens and then clouds return Sunday PM with rain.  Rain should be gone by daybreak Monday with clouds slowly clearing.  More rain Tuesday, right now looking scattered.  Wednesday we cool off a little, but remain dry... Then we see another strong cold front later in the week.  So some rain possible Thursday with a warm front bringing warm, kinda humid, air and then the strong push of cold air comes on Friday and we see temps fall a decent amount by Saturday and a couple forecast models trying to bring more light snow later Saturday into Sunday.  Gotta love Ohio, right!!!  Have a good one!