Crew game them back to the farm 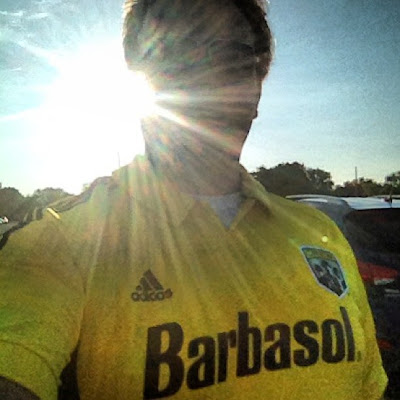 This weekend was my last "relaxing" weekend before I go back to working the weekend shift.  I still have a few more "go get'em" weekends, but it was my last chance to soak in Columbus and all its weekend glory.

Dawn's cousin had a few free tickets for the Columbus Crew game so we went with them after I bought the last needed ticket. 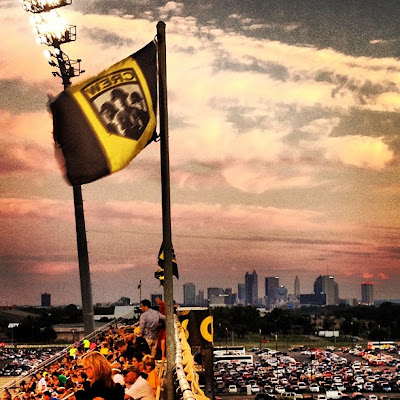 Lot of fun and some awesome skies.  After the game, Dawn and I went to the casino where we spent a pretty good amount of time and left only losing ten dollars. 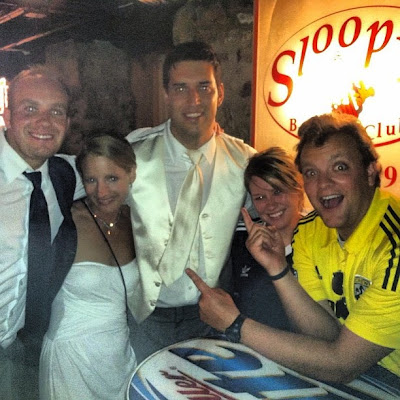 Then an old friend said that we should come to a wedding reception after-party.  So Dawn and I went to that and we got a picture with the bride and groom.  Good times.

Sunday we went back to the family farm.  Always good food back on the farm.

My sister, who is only 16, finished her wall of Disney female characters.  She did an amazing job.  We were impressed when it was only hand drawn with a pencil on the wall.  She has a gift that I wish I had.

Showers and storms last night rolled through, but nothing severe, only some heavy rain and a few places saw flooding.  The warm temperatures are clearing out with the cold front pushing through.  Highs in the 70's for the coming days and much lower humidity.  As a matter of fact we will be about ten degrees below normal tomorrow and downright chilly for August.  Other than a passing shower or sprinkle later today, we stay dry through the end of the week.  A few models are trying to bring in some weekend rain, but they look like very weak disturbances.  I will keep an eye on it, but enjoy the fall-like temps.  I should have DVRed more preseason football to keep the mood going. Have a good one!