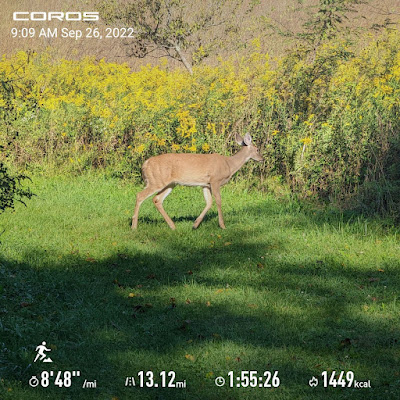 Good Tuesday morning! I was off work again yesterday because I am working Tuesday through Saturday this week. So went back out to Prairie Oaks Metro Park for another 13 mile run. 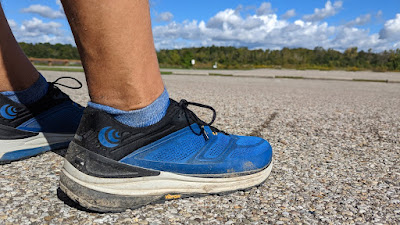 I did my first run in a new pair of shoes. I like the wide toebox of the Altra shoes, but their trail shoes don't seem to last as long as other brands. I heard about Topo for a while and they seem to have great reviews so I found a pair of the Ultradventure shoes on sale. I loved them and was able to go at a decent pace with good padding under-foot. They were a little heavier than my Lone Peak shoes, but if they hold up more then I am sold! 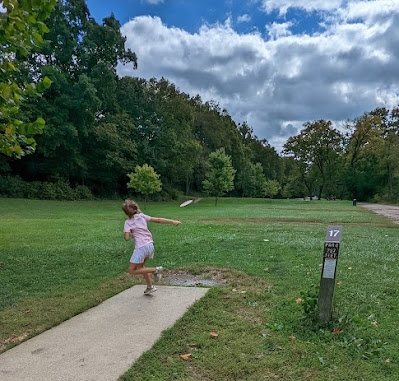 I have been spending a lot of time outside with the kids lately. I took Summer to play disc golf this weekend. We also went to a metro park and last night we went to the park, along with Evan, and played some basketball. 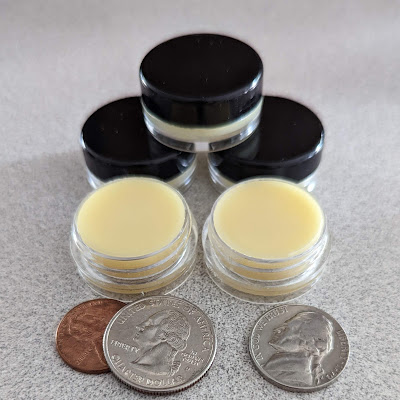 I also have been busy with my balms. I have been asked from time to time about mini sizes. That way the smaller ones can be stashed in a purse, pocket, or just to sample the other scents. So I now sell smaller versions. 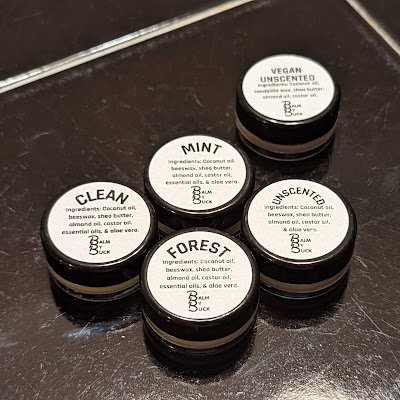 Not reinventing the wheel, but just offering smaller versions of the hair/skin balms. For anyone unaware, I use organic and locally sourced products when I can. The beeswax comes from a local beekeeper in Pickaway County. I also have a vegan version that uses candellila wax instead of beeswax. The new small samples are only $1 on BalmByBuck.com. 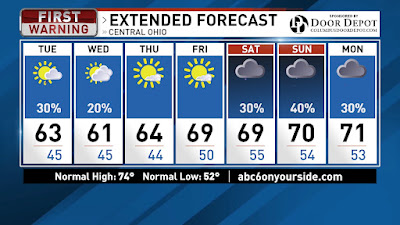 Another refreshing morning with cool temps and we warm into the lower 60s today, so a good day to grab a sweatshirt or light jacket. We have mostly clear skies this morning with temps in the 40s and then more clouds later today with a brisk northwest breeze. Scattered showers likely to pop up again today, especially the farther north you live. Clouds break up a little tonight with a low around 45. Winds will be out of the north tomorrow so the best chance for showers tomorrow will be areas directly south of Lake Erie, so more to the north/east. Highs tomorrow will be around 61 with a mix of sun and clouds. Thursday and Friday will be mostly sunny as highs climb to 64 Thursday and 69 on Friday. 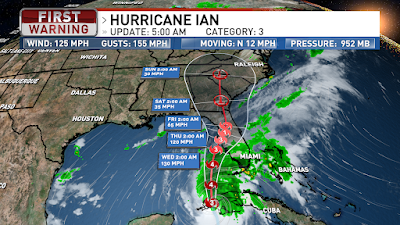 Then we get to the weekend forecast and the forecast for Central Ohio depends on the track of Hurricane Ian. Right now, Ian has made landfall in Western Cuba as a Category 2 hurricane with 110 mph sustained winds. Ian will continue north and could become a Cat 4 Hurricane to the west of Key West, but still bringing high winds and torrential rains and surge to the Keys. Ian continues north and starts shifting close to Florida and makes landfall near the middle of the western coast of Florida, near Tampa. High storm surge and heavy rains for a lot of Florida. Then the storm will head north, and the track is a little uncertain if it will stay east of the Appalachian Mountains or drift a little to the west. Ohio may be on the far edge of some of the rain for later Saturday, Sunday, and early Monday. So right now, we are going to go with highs near 70 and a 30%/40% chance of rain for the 3 day stretch. If the storm does shift a little more east then we will likely miss the rain, but it will still be fairly cloudy for the weekend. So stay tuned to the forecast and have a good one!