Checking in, it's been a while! Weather Folklore debunked... 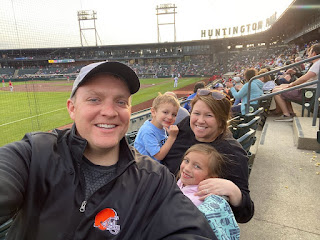 It's been a while. Life has been so busy that sometimes I wonder where the time went. I also have been in this weird funk with social media lately and so many people sharing so much of their lives all the time. I love seeing what is going on with friends, but some people just share EVERYTHING. That isn't me. This blog was initially meant to be a snap-shot into the big things going on, but not everything. And it is special to me because I know some people check in on here. Like my grandma said she would read it a lot to know what was going on with me and the family. So I want to start writing a little on here more often. I do like going back to see the highlights of all that has been happening. So I am going to do a brief catch-up and try to be more consistent with the highlights. First off... as you can see above, family is all doing well. I mentioned how it seems like there isn't enough time in the day and I try spending as much time as possible with the kids while they are this age because they are growing up so fast. We went to a Columbus Clippers game last week and had a blast. 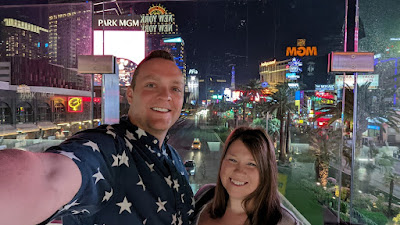 Dawn and I went to Las Vegas to celebrate our 10th wedding anniversary. We had a lot of fun just being two kids in love. We pushed the trip back about 8 months once the COVID restrictions were dropped and we could enjoy Vegas a little more. 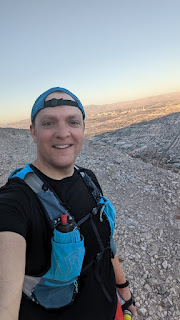 I did go for a long run while I was out there and ran up to the top of Frenchman Mountain. If you are in Vegas and look to the East, it is the highest point of the ridge. 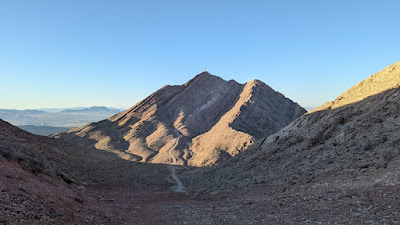 It was a beautiful morning run. But man, that was a STEEP climb up and down. Then a pretty flat run all the way back to the Strip. 21 miles for the trip. I got dropped off by Uber on the east side so it wasn't a 34 mile run.

Not everything stays in Vegas... Came back home and ended up getting COVID a few days later, so likely caught it on the tail end of the trip or coming home. Vaccinated and boosted, but the booster was about 6 months ago. So I worked from home during the quarantine and thankfully only had mild symptoms. Dawn also caught it, before me, but the kids already had it in January, so they were immune. I set up the studio in the garage and it worked out pretty well. A little cold because the garage is not insulated or heated. Nice to have this as an option, but a week at home made me miss the studio at the station a lot. 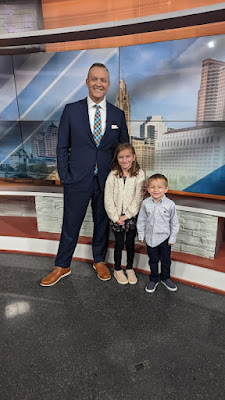 Glad I made it back to work by April 28th. It was Take Your Daughter/Son to Work Day and Dawn dropped off the kids for 90 minutes before school. They had a lot of fun and loved the break room because I let them pick out a snack and bought them the gummy bears they wanted. 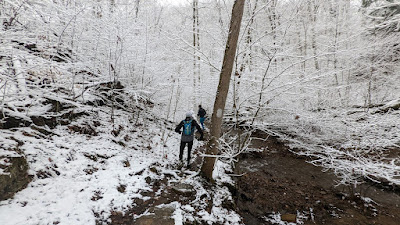 I have still been running. This was from a snowy training run at Mohican State Park in March. 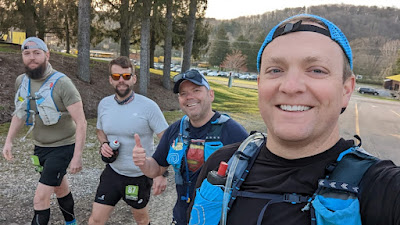 I was back to Mohican a few weeks ago for Forget The PR 50k race. It was a fun, warm day running around the state park. 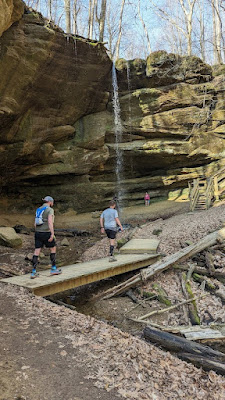 Mohican is gorgeous and I highly recommend checking it our, if you have never been. 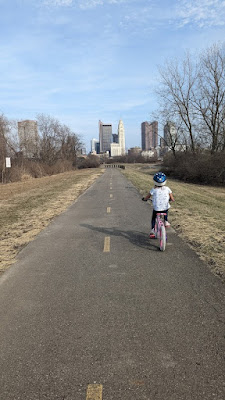 I have been also doing some running with Summer too. She is almost getting too fast for me to run with her now. I may need to dust off my bike to be able to keep up with her now. 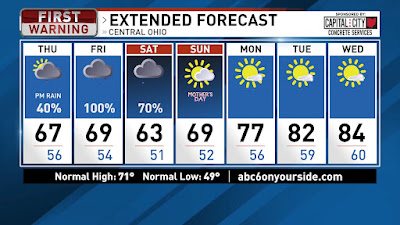 It has been a while since we have seen the sun, but there is a lot of sun on the way eventually. Today we will be mostly cloudy with a few peeks of sun. We are cool this morning with temps dipping to around 50 and we will warm to 67 this afternoon. Rain showers will arrive from the west later today. The chance of rain goes up in the late afternoon into the evening. Scattered showers overnight with a few rumbles of thunder possible. Friday looks to start off with rain in the morning then a break in the rain midday followed by more scattered storms popping up in the afternoon. The Storm Prediction Center now has the Southern half of Ohio in the Marginal Risk for severe storms, so on a scale of 0-5, this would be a 1. So a low chance for a few isolated storms becoming severe on Friday. The scattered showers will linger into the overnight hours and Saturday morning. Highs around 69 on Friday then we will be behind the system on Saturday for a cooler high of 63. Staying mostly cloudy on Saturday as the rain slowly leaves through the day. Sunday, Mother’s Day, is still looking nice with partly cloudy skies and a high of 69. We warm into the mid 70s on Monday with mostly sunny skies. We stay mostly sunny through the middle of the week with high temps climbing into the low-mid 80s. 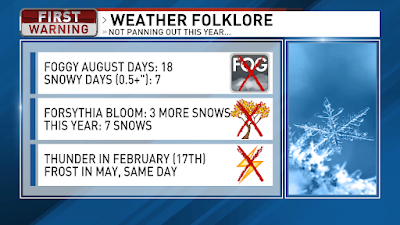 Right now, it looks like we are done with frost for the Spring. So that means our main three weather folklore sayings in Ohio:

Thunder in February = Frost in May on same day.

Maybe next year... Have a good one!
Posted by Andrew Buck Michael at 7:33 AM