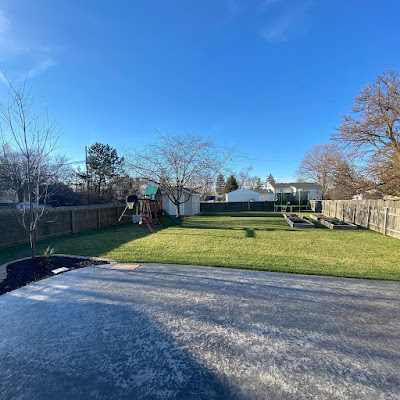 Tuesday was about as beautiful as you can get in Central Ohio in January. Temps were in the lower 40s with just a light breeze. Sunshine and blue skies! WOW! I went for a run around the neighborhood and could have kept going on forever. Well... maybe not for...ever... 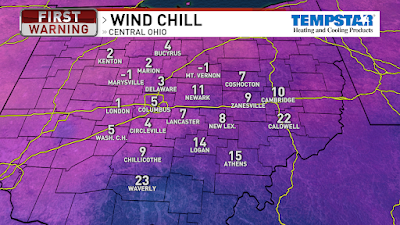 It would be a VERY cold morning for a run today. These are the wind chills at 5AM. Coldest temps of the season, so grab the coat, hat, gloves, and scarf today. 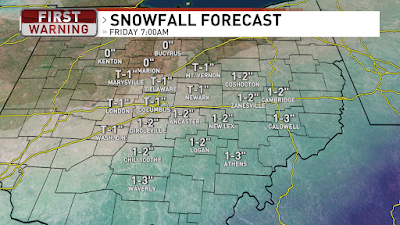 There is an area of low pressure in Kansas moving into Missouri and that will swing through Kentucky today and into West Virginia tonight. Ohio will be on the northern edge of the storm with snow from midday to midnight. Snowfall totals, by Friday morning, for Southern/Southeastern Ohio will be around a couple inches and even more snow near the Ohio River. Central Ohio will see around half an inch, with less to the northwest and more to the southeast. High of 26 today then tonight we will drop into the mid teens with wind chills in the single digits again. Friday we will have a high of 24 with clouds in the morning and then some sun by the afternoon. A few flurries also possible early Friday. 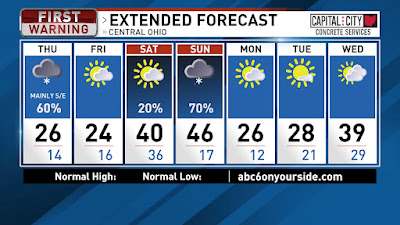