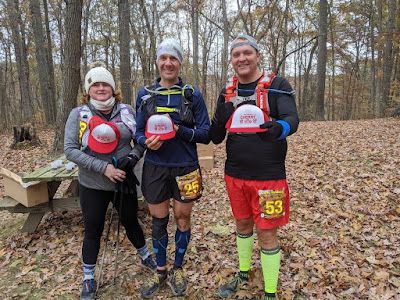 Finished my first ultra marathon!!! I only took one photo during the event, this one. The race organizers added an extra optional hill. It was called the Cherry on Top. If you ran up the steep hill then you got a free trucker hat. When running up Mike and I noticed a friend, so we conquered the hill with her. We didn’t HAVE to run the hill, but we all did and a nice prize for doing the extra effort. 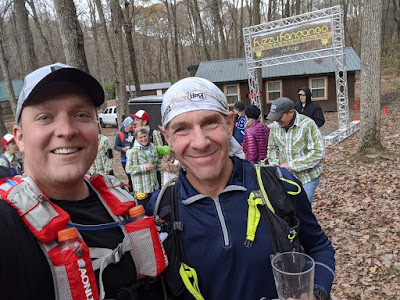 Fuzzy Fandango 50k, with 5500 feet of vertical gain. My New Year’s resolution was to run an ultra and I finally did it! 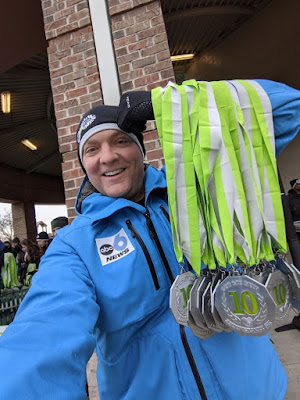 Sunday morning I helped emcee the Let Me Run FallFest 5k. So much fun watching these kids run their first 5k. 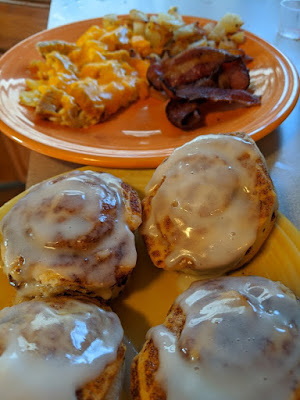 I love whipping up breakfast in the morning.  I told Dawn that I was going to take a full week off of running so that meant I had time in the morning for a top notch breakfast for the fam. 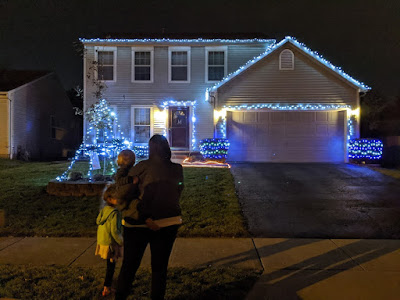 Summer and I decorated the house and did a grand illumination to test them out.  The kids loved it! 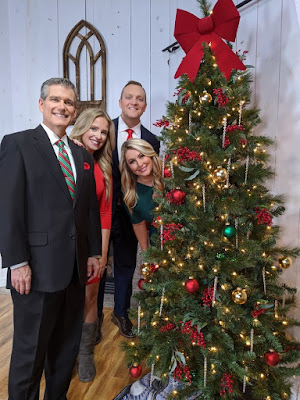 We had a holiday shoot at work for some commercials this week.  Team photo! 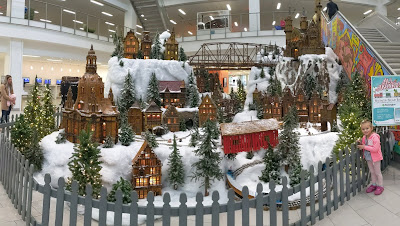 And I took the kids out for some of the fun stuff this time of the year. Yesterday we went to the main library and checked out the trains and read some books.  Then we went out to the airport to watch the planes take off and land, but it was windy and chilly and it started raining so we went home for nap time. 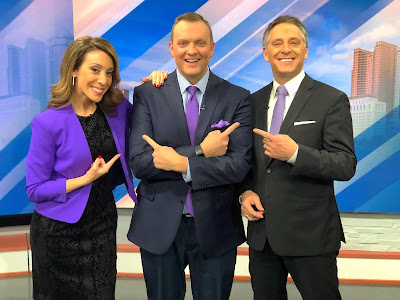 I got a call in the afternoon and came back in to fill in for the dinner time shows.  Fun getting to see the night-side people.  We rarely cross paths. 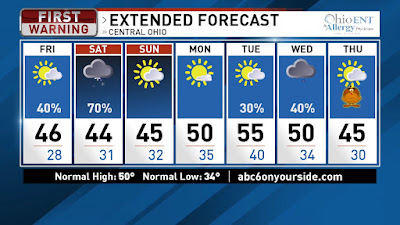 A little damp to start your Friday, but sunshine breaking through later, so grab the sunglasses.  The early light rain will mainly be for the southern half of Ohio and will continue moving south through the morning hours and clouds doing the same.  So sunshine will try breaking through the clouds through the afternoon with temps staying in the mid 40s all day long with a light northerly breeze. Dry and chilly for Friday night football for the high school playoff games. 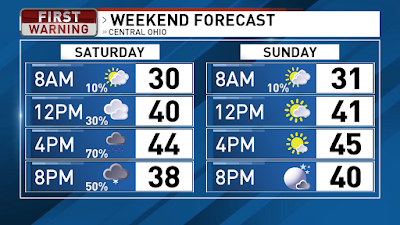 We start Saturday dry with even a little sun then clouds start moving in from the south.  Our morning temps will be in the upper 20s, so frost possible in the morning then we warm into the low-mid 40s.  Rain will move in around midday and we will have on and off light rain tomorrow.  The bulk of this rain will be riding up through Eastern Kentucky into West Virginia and Pennsylvania and we will be on the far western edge of the system.  So some scattered rain showers for the afternoon and areas to the north and west that are colder will see a little snow mixing in at times.  A light breeze out of the north as well will make it feel cooler.  So a damp, chilly, and breezy Saturday afternoon. The whole system moves out by Saturday night and then some dry weather will move into the area. 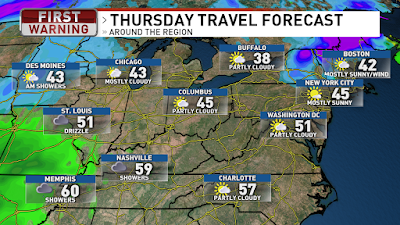 We then will be dry and chilly on Sunday with highs in the mid 40s and partly cloudy skies.  More sun Monday and warming to 50.  Back into the mid 50s on Tuesday with increasing clouds and rain sneaking in here later Tuesday.  Some scattered showers  possible Wednesday, mainly early.  It will also be windy late Tuesday and Wednesday.  Thanksgiving looks dry with partly cloudy skies and highs in the mid 40s. Great travel weather around the region for a few hundred miles on Thanksgiving. Have a good one!