My jam-packed weekend with Summer... 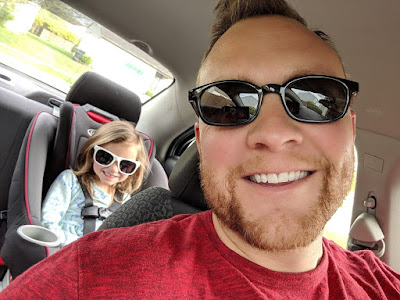 Summer and I had a BLAST this weekend! 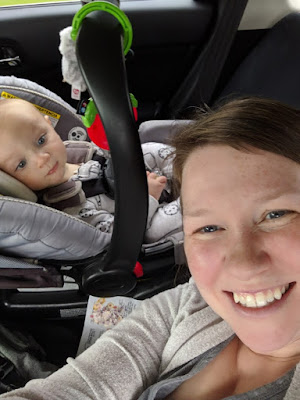 Dawn went to Cleveland for the weekend for a concert with her high school friends on Saturday then a bridal shower on Sunday.  So I had Summer all to myself while Evan went with Dawn. 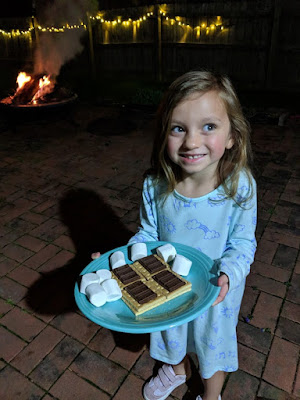 Summer and I first ran errands to buy groceries and some other stuff for all the fun we had planned. The grass was wet from the rain earlier on Friday, so we fired up a campfire on the patio and made some s'mores.  Summer preferred to eat the pieces without cooking the marshmallow. 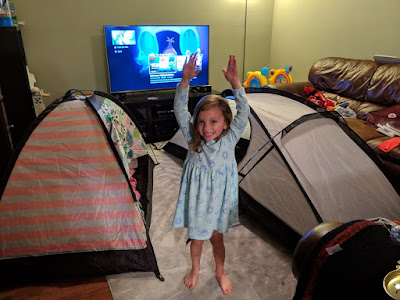 Then we set up our tents in the living room and camped out inside. 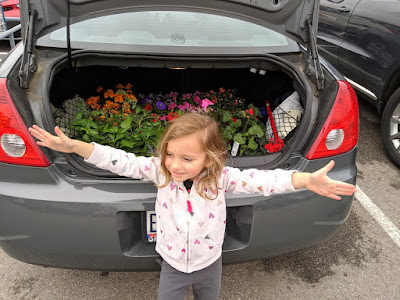 Saturday morning meant more errands like getting flowers and plants for the garden. 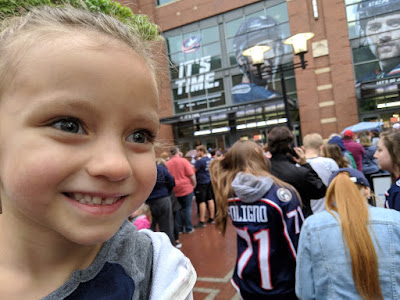 We watched some Star Wars while eating lunch, since it was May the 4th, then took naps.  After the naps we went down to Nationwide Arena for the Columbus Blue Jackets watch party. 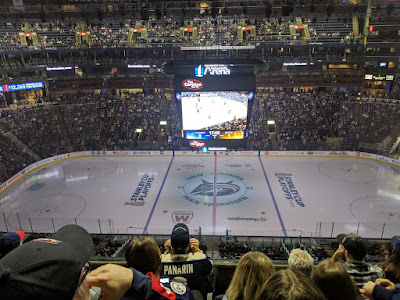 13,000 people came out to watch the Blue Jackets on the big screen. 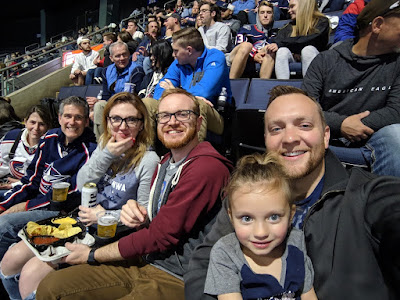 We sat with some current and former coworkers for the game. Summer had a blast, but by the middle of the third period she was getting ready to head out. 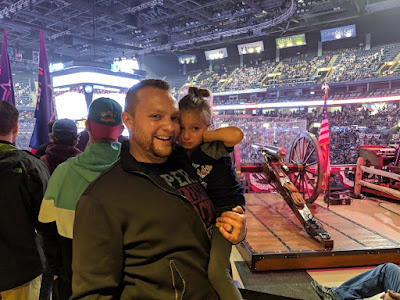 We went down to see the cannon and the Blue Jackets scored twice.  Summer did NOT like the loud noises and cannon when we scored.  I knew this so I ducked around the corner when I saw we scored, but she knew where the cannon was so she was nervous.   Time to go home and crash for a few hours. 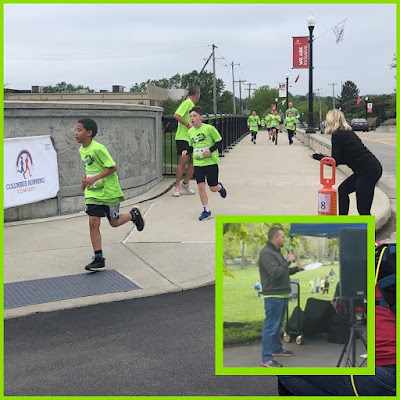 Sunday morning we woke up at 6AM because I was the Grand Marshal for the Let Me Run 5k.  Great program for young boys to learn about staying active and using running to cope with growing up and the stresses of life. 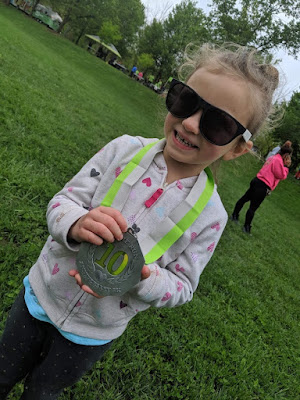 Summer loved their "necklaces" so she wanted to try one on for size.  Quick walk to a playground because she was eyeing it the whole race then back home for lots of work. 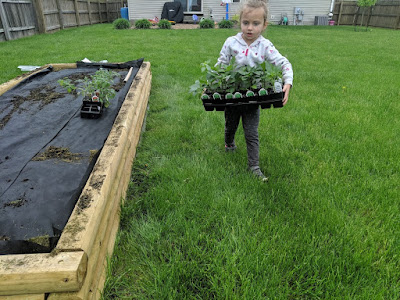 We had LOTS of planting to do.  We planted the rest of the garden and about 200 flowers around the house. 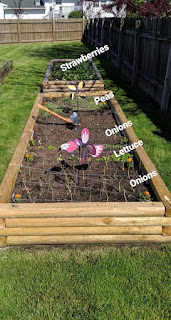 Here is how the garden is shaping up this year. I am focusing only on things to make salsa and a couple other things that the family loves like peas, fresh lettuce, and strawberries. 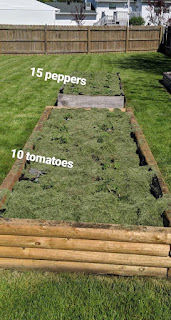 Last year was my first year using landscaping fabric for the peppers and tomatoes.  It worked GREAT to avoid time from pulling weeds.  It gave me more time to spend with the kids.  The grass clippings will help hold down the fabric and lock in soil moisture longer. All that is left to do is get the patio furniture out of the attic and we are 100% ready for the warmer weather ahead! 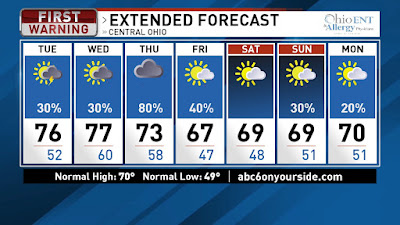 Have the rain gear handy the next couple of days, but most of us will not need it until Thursday. Today and tomorrow will be warm with temps in the mid 70s with a mix of sun & clouds. There is a slight chance for spotty rain popping up today and tomorrow, but most of Central Ohio will likely stay dry until Thursday. Showers and storms are likely Thursday, especially later into the day and Thursday night as a cold front pushes through the area. Highs in the lower 70s Thursday with rain likely and brisk winds. Some lingering rain early Friday with highs in the upper 60s then clearing skies. We will start the weekend dry and partly cloudy on Saturday, but another low pressure system will pass by to the south (similar to last weekend) and bring more rain for Saturday night into early Sunday. Highs in the upper 60s for the weekend. Have a good one!

Posted by Andrew Buck Michael at 7:11 AM