FINALLY, it's Spring! Will we stay dry for Easter? 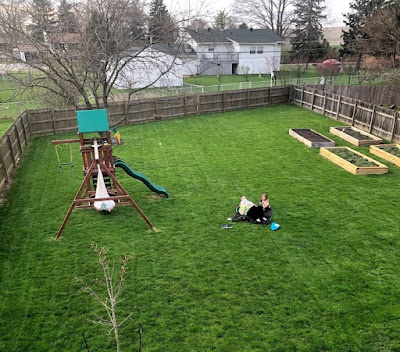 Finally!  Everything is starting to green up!  It is hard going to bed before the rest of the family during the Spring and Summer.  But it warms my heard to hear the kids in the backyard playing. 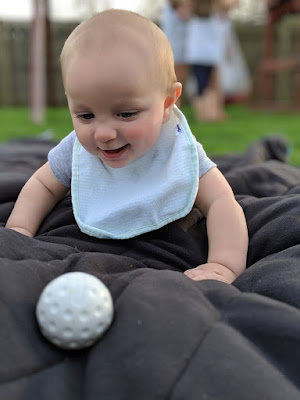 Evan has started crawling so we have been putting objects in front of him to go get and man he is getting fast!  Gone are the days when you can put him in one place and he stays there... 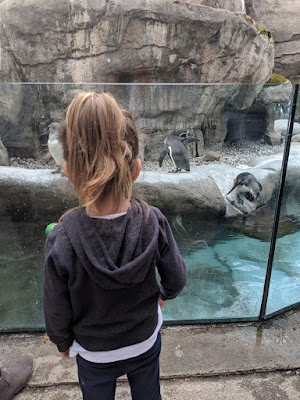 Weather was great last Thursday for a quick trip to the zoo.  Penguins were a big hit.  Lots of them were out and playing around with the kids on the other side of the glass. 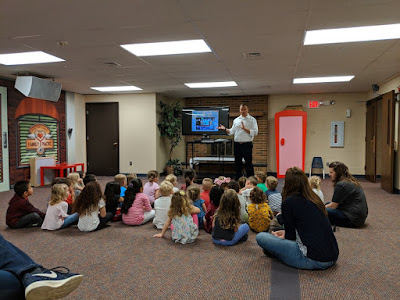 Friday was a stormy morning, but I went into Summer's school to talk to the kids about weather.  Keeping the attention of 3 and 4 year olds is difficult, but I think I did pretty well. 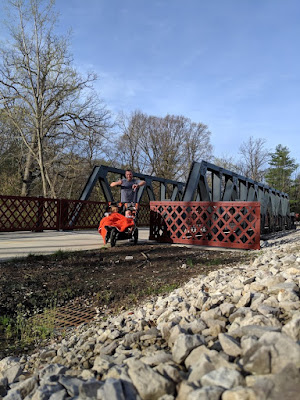 I let Dawn sleep in on Saturday and took the kids running.  Evan is teething and he started getting fussy after 3 miles so we ended the run a little early.  I had a feeling this would happen so we stayed pretty close to the car. 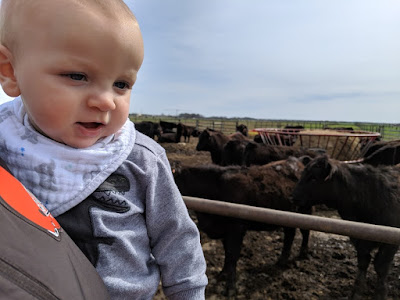 After a power nap, he was ready to go!  We went out to the Ohio State farm for their open house.  The cows were a big hit. 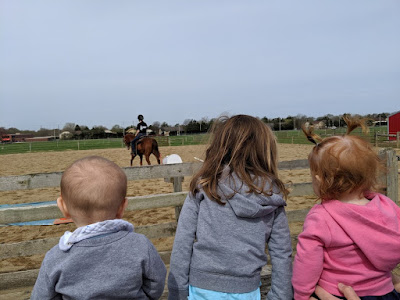 And also the horses. 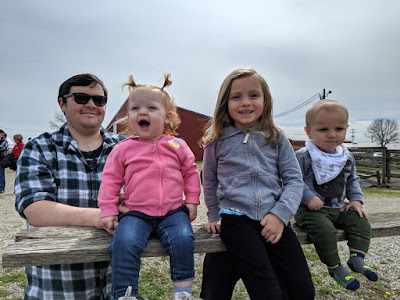 We went out with some friends to check out the animals and fresh air.  Then we grilled out in their backyard and the kids played until it was nap time. 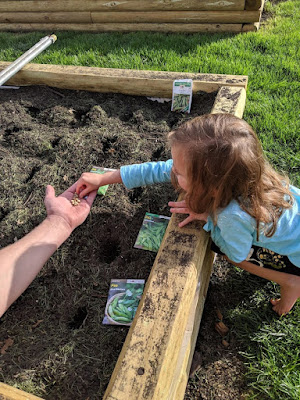 After naps we planted our cold crops like lettuce and peas.  Summer did most of the planting with my coaching.  She was VERY excited to help plant. 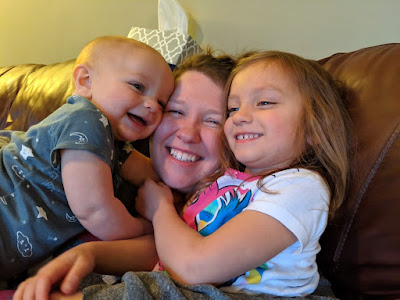 It was a great weekend hanging out with the kids.  Dawn and I both were feeling crummy with the spring allergies.  But we loved getting our time with the kids.  I will be taking more time off soon and spending a lot of time with family.  But I will be back soon... Don't worry! 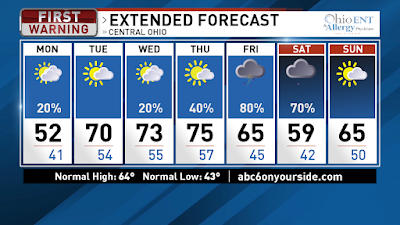 You may want to grab that jacket! Windy and much cooler today with brisk winds this morning along with clouds. We even have a few early flurries(mainly north) and light rain today, during the early morning. The winds will slowly ease up through the day and clouds start clearing through the afternoon with a cool high of 52. Partly cloudy and cool tonight with low temps near 40 and light winds. Mix of sun & clouds Tuesday with highs near 70 and a light breeze. Clouds start returning Wednesday and Thursday with a few isolated showers possible. High temps will be in the mid 70s both of these days with just a slight chance of rain. Another strong system approaches for the end of the week. Showers and storms move in Thursday night and Friday looks particularly wet and potentially stormy. Highs in the 60s on Friday with rain likely. Lingering showers on Saturday with highs back in the 50s. It appears the rain will be moving out in time for Easter Sunday with highs in the mid 60s. Have a good one!