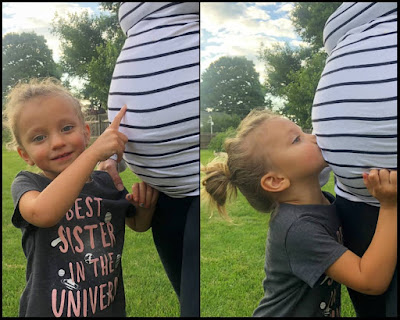 So, the news is out... Summer is about to be a big sister!  We are now less than 5 weeks out until the next ball of joy joins us.  We don't know the gender, but I am leaning towards boy.  Summer has been such a big help and really seems to understand the whole change about to happen.  She wanted a sister the first few months, but she now says she wants a brother.  This baby coming is one reason why I have been running so many races lately.  I know that when there are two kids that my time to run will be greatly cut back.  I do the morning show then I go into full time dad with Summer.  It is nice avoiding daycare because it is so pricey. Anyway... Michael baby #2 is due August 10th. 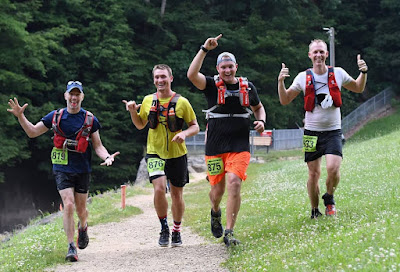 Speaking of... I finally found the one race photo from Mohican Trail Marathon.  This was after we were in the woods for 13 miles and about to hit the middle aid station for some fuel. 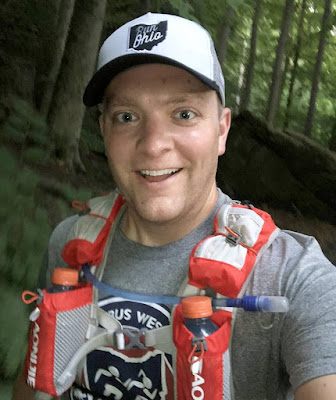 I also went back to Cleveland to visit the in-laws one final time last weekend, before the baby.  I was not planning on running, but I found a group planning to run the Hinckley Reservation outer loop.  It is, hands down, my favorite place to run.  A good mix of single track, open prairie, hills, farms, road. 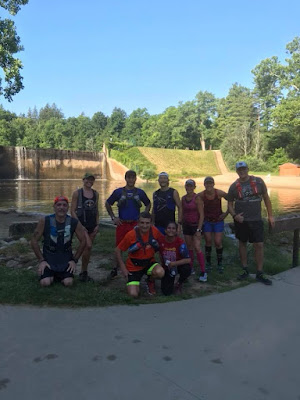 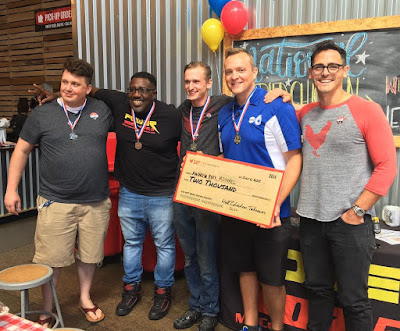 I was asked to take part in a hot wing eating competition on Friday, National Fried Chicken Day.  I competed at the Easton location of Hot Chicken Takeover and ate 10 wings in 2 minutes.  Which means 2,000 meals, in my name, will be donated to Food Rescue US.  Good fun for a great cause. 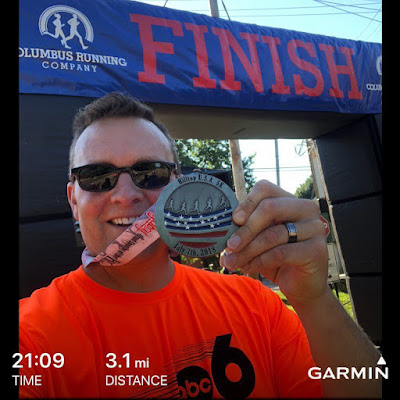 Saturday morning I helped emcee and run in the inaugural Hilltop USA 5k.  It is the largest race ever held in the Hilltop and we had 300 runners sign up for the race!  I went to a coworkers pool party for a little big then... 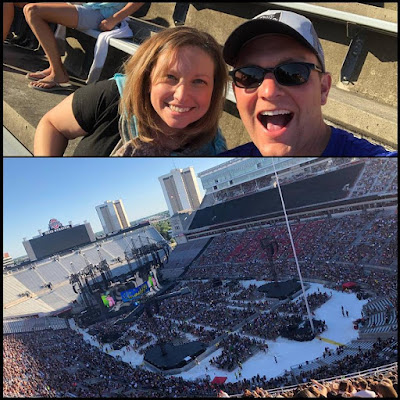 Went with a friend to the Taylor Swift concert.  The weather was FANTASTIC!

When you entered the stadium they hand you a wristband that had a few LED lights.  They are lit up red at the time of the photo above.  But they change colors throughout the stadium to match the music and it just added to the effect of the event.  Really cool.  Traffic... was WAY worse than any event I have been to at Ohio State. 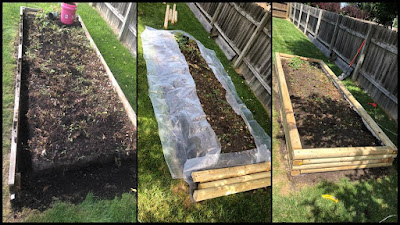 Sunday I woke up and got the driveway ready for a neighbor to re-seal it.  He does a big group of the neighborhood one weekend a summer and it is a great value! But I had mocked up garden bed in the garage, so I had to get all of that out since you can't walk on the driveway for a few days.  My strawberry garden bed started rotting some last fall.  I was able to get through this year fine, but it needed to be replaced.  My neighbor's tree shades this bed so it doesn't dry out as fast as the other beds.  I also did not use treated wood 3 years ago because I didn't want the chemicals to get into the soil.  Well I don't want to replace it again in 3 years, so I went with treated landscaping timbers that were on sale.  But... I lined the inside lower boards with plastic so there is no contact between the soil and the boards.  No nails or screws either.  I drilled 1/2" holes through the boards and then used 1/2" rebar hammered through the holes.  It is snug enough that it should hold all the boards together and if it ever needs taken apart then it is just pounding out the rebar. The old bed was held together with screws and it was a pain taking all of those out, so I wanted to avoid that.  Hoping these beds will last at least 10 years.  I think I can get another year out of the other 3 beds, but will see how this one turns out before jumping ahead of myself. 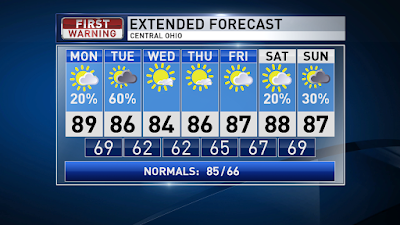 What a beautiful weekend for Central Ohio! We managed to warm up to 87 on Sunday and likely getting just a tad warmer for your Monday with plenty of sun and some afternoon clouds. A tad humid today with a very slim chance for a stray pop-up shower in the afternoon, although most of the area will stay dry until Tuesday. Mostly clear and warm tonight followed by more clouds Tuesday. A cold front will pass through tomorrow and that will help trigger scattered showers and storms, mainly for the late morning and afternoon. The Storm Prediction Center has Central and Southern Ohio are in the Marginal Risk for storms to become severe on Tuesday. Most of the area will see rain, but not everyone. Northern Ohio may not see much rain since the cold front will pass through earlier in the day, before the heating of the day helps for rain development. Sunshine comes back for Wednesday and less humid air, but temps stay in the mid 80s. We slowly warm up through the rest of the week and stay dry for the workweek. There is a slight chance for rain next weekend, but it currently looks light and spotty. Have a good one!