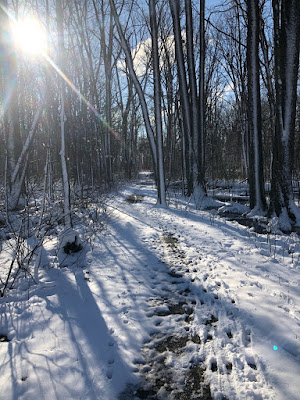 I spent some time in Cleveland recently and went out for a run to meet Dawn and family at breakfast.  Most of the run was through the neighborhoods, but I had to stop to check my map when running through a park. 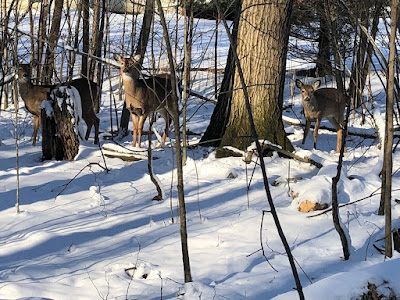 Then I looked over to my side to find a family of deer staring at me.  Breakfast was GREAT after that nine mile run.  It was my final run with my run streak.  I ran every day since Thanksgiving, but as my miles ramp up before my Cap City Half and Mohican Trail Marathon I need to observe my rest days and actually take days off. I wanted to reach 100 days and once I got to the 101 mark I pulled the plug. 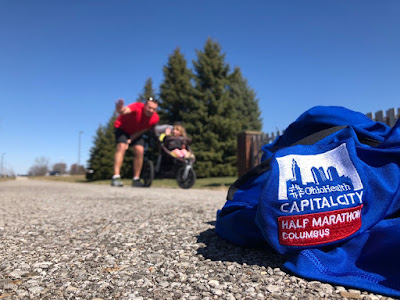 But of course I am not done running all together... Summer and I had a GREAT run last week.  I ran through parts of Hilliard that I have not been on running and it was a great day.

Yesterday I converted our bicycle trailer into a running chariot. Since I need to do a lot more trail running, for the trail marathon in three months, I am getting creative. I was given a bike trailer that is really nice a couple years ago. It only hooks up to one of the mounts for the bike. By using the mounts on both sides and only spending about $20 at the hardware store, I was able to convert this into a running chariot. But no modifications to the trailer, so I can put it on the bike in seconds still. I also found an inexpensive chest harness online, used to pull weight sleds at gyms. The only problem with that, is that there is more bounce than if I am holding the poles with my arms. I would need to figure out some sort of spring attachment between the poles and harness.Either way the thing that I love about the trailer is that is enclosed with a mesh cover, so Summer can take along a few toys or snacks and be completely content. 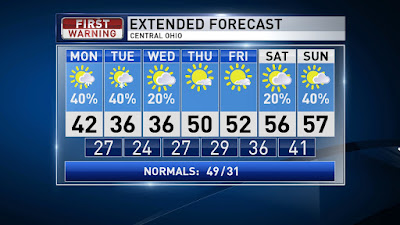 A mix of sun & clouds today thanks to a strengthening Low to our south that is heading out to the East Coast to become the next Nor'easter. As this storm turns up the coastline it will cause Central Ohio to see some spotty wintry mix and snow showers later today, tonight, Tuesday, and early Wednesday. Pockets of light accumulations are possible, generally less than 1". The Nor'easter will also draw in colder air from the lower 40s today to the mid 30s on Tuesday and Wednesday. Once this storm moves out we will have more sunshine and milder temps for the second half of the week. Some rain looks to return toward the end of next weekend with mild temps. Have a good one!