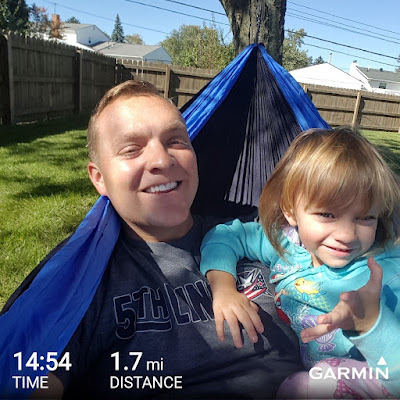 With the Columbus Marathon over... running is cut back. That means more time for chilling in the hammock with Summer.  I did a couple shorter runs this past week to stay loose and stretch some. 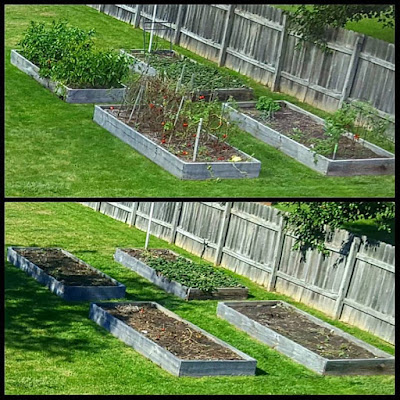 Summer and I also ripped out the remaining plants from the garden.  We had frost and the peppers and tomatoes were done for the season anyway. 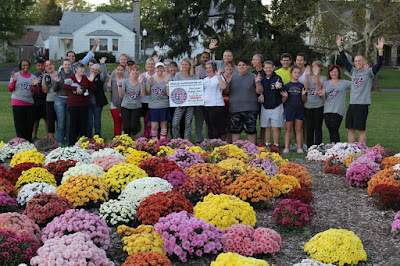 Tuesday night the Columbus Westside Running Club got together for the annual group photo and also went out for dinner to celebrate finishing the Columbus Marathon. 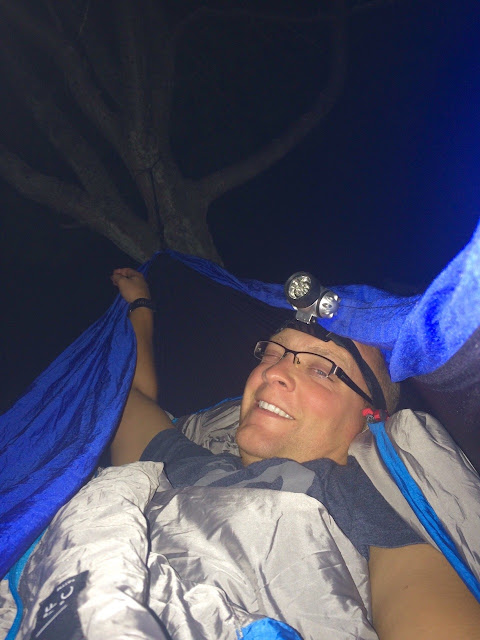 Dawn went home this weekend to help her mom out, who is in a cast.  I had a work function so I stayed at home and slept in the hammock Friday night. Tried to catch a couple shooting stars with the Orionid Meteor Shower. 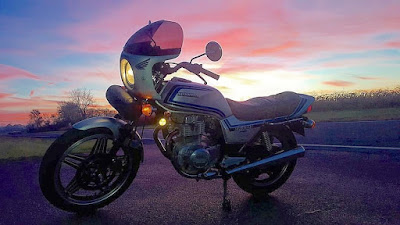 Had a weekend work boot camp. Rode the motorcycle to the event and had a GORGEOUS (chilly) hour-long ride there. 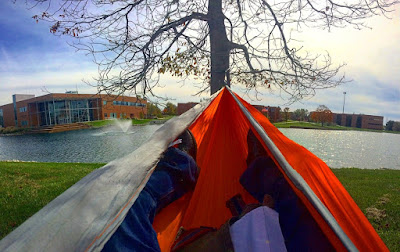 Ate lunch quickly so I could soak up the mild afternoon next to the lake on campus before the afternoon meetings. Pretty awesome way to make the best of working on a day off. 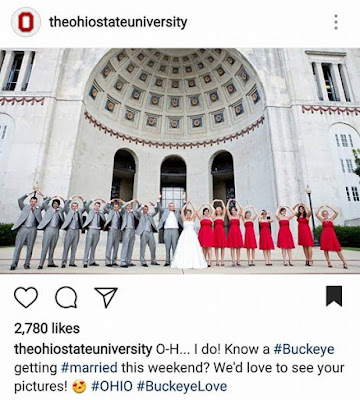 It was a bye week for Ohio State football and they snagged our wedding photo to post and see if anyone else was celebrating the bye week with a wedding. 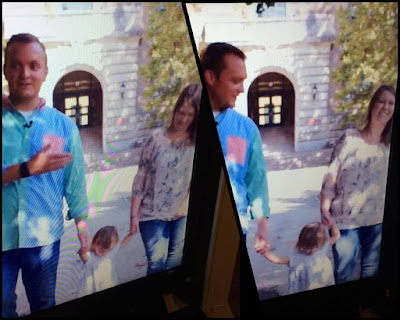 I was at my friend's house Saturday night to hang out and watch some football.  Then a commercial came on with Dawn and Summer!  Fun times! 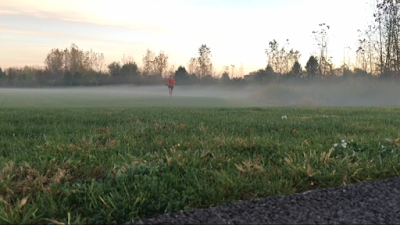 Can’t stop, won’t stop! Only had 7 runners from the club show up Sunday morning. More than expected since our organized group runs are taking a little break since there are no more local races this year. 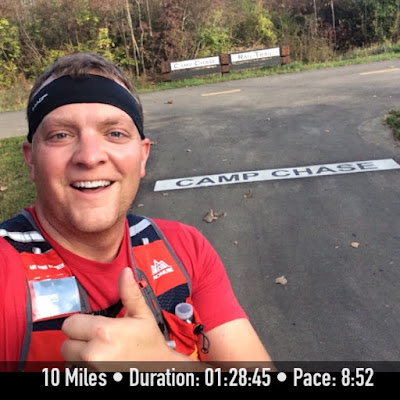 Run felt good. Not great… still a little fatigued, but got the miles in! 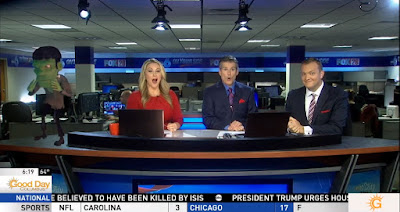 Had some fun on the morning show with augmented reality.  I put a dancing Frankenstein on the anchor desk before going to the countdown to Halloween and other big holidays coming up. Only 13 days until we move the clocks back 1 hour! 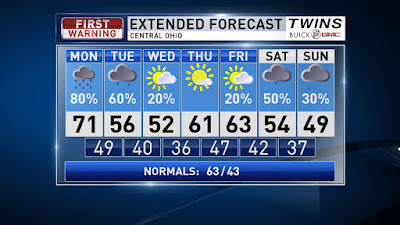 After a gorgeous weekend, fall is back this week! Rain will move in for the afternoon today with scattered rain showers sticking around through tonight and Tuesday.  Winds will be brisk later today through Tuesday as well.  Much cooler for the middle of the week before a brief warm-up for the second half of the week. More cold air moves in next weekend with showers and we may be close to the threshold to get a few flakes of snow mixed in with the rain showers. 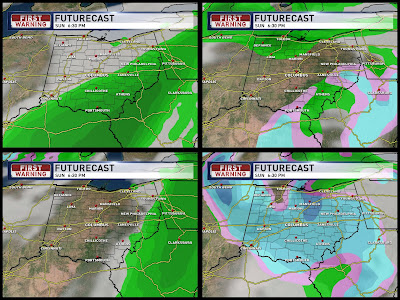 One out of the handful of models is trying to indicate some snow trying to mix in...  Stay tuned!