I ran a marathon! 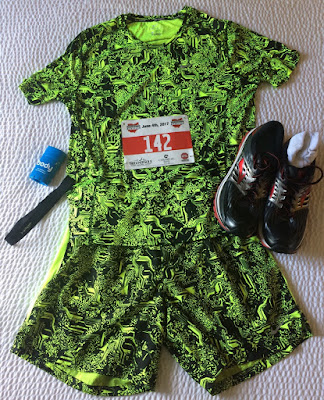 I was going to be hard to miss on the course for Youngstown's first marathon.  I was jittery on Saturday night before the run, but focused. 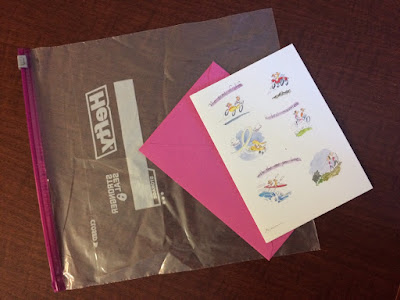 I TOTALLY forgot that Thursday was my parent's wedding anniversary.  I talked to my mom about an hour helping her plan their trip to Youngstown.  Got to see my parents 4 times downtown which worked well since my wife and other family and friends were on the other part of the course. I did hand off my parents the anniversary card at mile 9. That was pretty cool to do. Luckily it fit in my pocket the first 9 miles.  I put it in a bag so it wasn't sweaty. 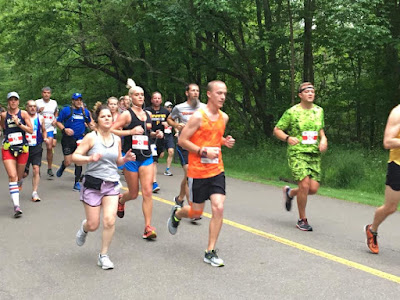 I had an upset stomach the night before, but Pepto seemed to do the trick. I knew the second half would be hilly so I banked some time early. Had to do one quick restroom stop at mile 7, but only lost about a minute and eventually caught back up to the pace group a few miles down the road. This is one of the only photos taken during the run that I could find online, the only other photo... 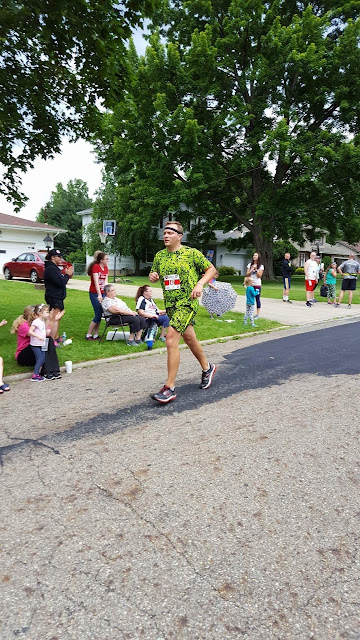 Was taken during the last 100 yards of the 26.2 miles. Course stayed pretty flat til the half. Then some ups and downs that were steep. By the 17 mile the 3:45 pacers started pulling away. I was fine with that. Enjoy the run. By mile 18 I was walking short distances (mainly a few hills) and then running. Luckily a local runner was doing the same. He said “Let’s play tag for the next 8 miles.” So if one of us caught up to the other then it was the other’s turn to push us on. By mile 21 I made it to the final big hill climb. I had planned on walking most of it since I ran up to it. My wife, her family, and friends were at the top. Gotta save face… so I ran. It killed my legs, but I did it. My tag buddy couldn’t keep up at that point. (Seeing them at the top of the hill likely pushed me to my under 4 hour goal) 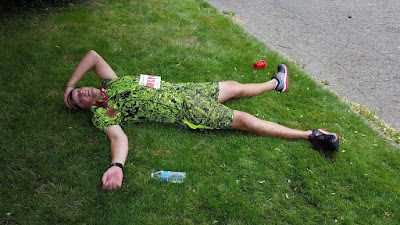 The hills were BRU-TAL! Big thanks for all the family and friends who came out. Finished in 3:57 for the inaugural Youngstown Marathon. They said it would be the most beautiful marathon in the country and the course did not disappoint. Very shaded and lots of beauty. Only 198 Full Marathoners.


The final 4 miles were brutal and mostly flat. Small hills here and there and I was taking in as many fluids as possible. I neared the finish and then the 4:00 pacer passed me and I said “Hell No”
I kicked it into gear and finished strong and a few minutes under the 4 hour mark. I ran back along the course after saying hi to my family then I needed to tag my buddy and tell him to go get his medal. He had a smile from ear to ear. 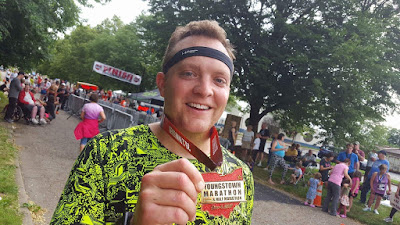 So much gratitude for the volunteers because 90% of the run was in the park and they did a great job directing us on all the turns. A couple more water stations near the end would have been nice since it was around 80°. 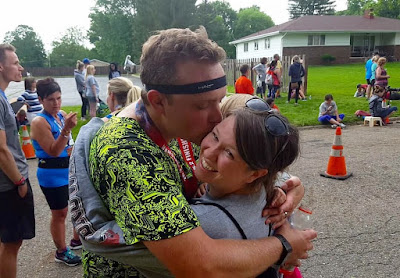 Dawn has been my rock through the training.  She willing gave me the sweatiest hug EVER after the race.  She has put up with all my stories and hearing about all the running. Love her so much. 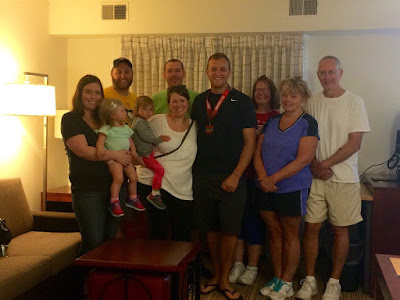 I made sure to get a photo with all of my family and friends when we got back to the hotel. Love them all. 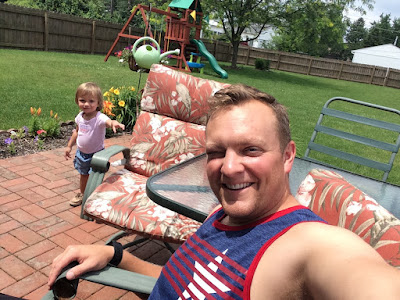 I took Monday off to "rest" at home with Summer.  Going down stairs is a bit of a challenge still, but slowly getting around. I probably should take today off, but it is Global Running Day, so I will probably go out for a short, slow run. 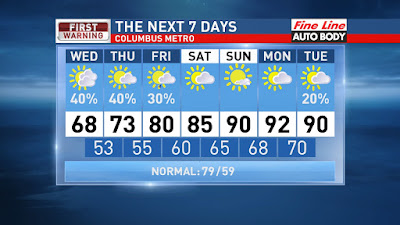 Spotty rain the next few days with cool temps. Enjoy the cool temps before the hottest temps of the year arrive this weekend. Mostly cloudy today with spotty showers and highs in the mid-upper 60s. Rain takes a break some overnight then more spotty rain Thursday with partly cloudy skies and temps back in the mid 70s. Warming up more Friday with a slight chance for rain. Temps warm up more through the weekend and staying dry. 90s are forecasted for Sunday, Monday, and Tuesday. Have a good one!