Annual trip to Hocking Hills... SO many changes 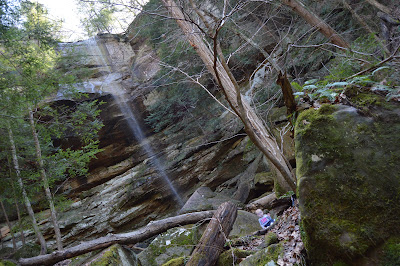 You may remember this photo from last year.  Summer was not yet crawling, but we went down to Hocking Hills for a secluded trail and a 100 foot waterfall.  She is still about 40 yards away from the waterfall.  (You can click the images to make them larger) 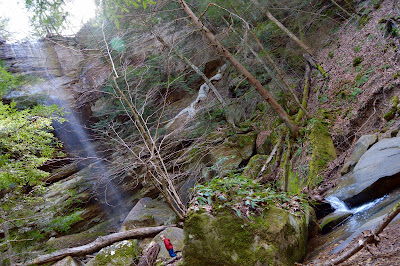 Well we went back yesterday and there were some changes.  The tree that was next to where she was sitting is gone... or knocked over.  It was one year and one day later. 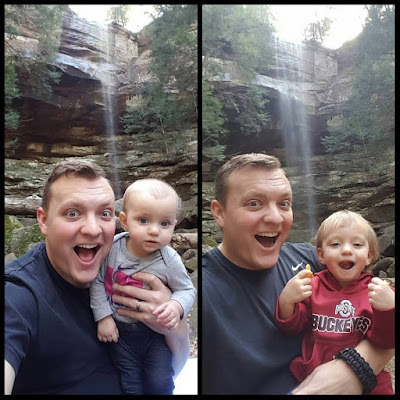 Here's a better photo of the changes over the last year.  Man... what a year it has been! 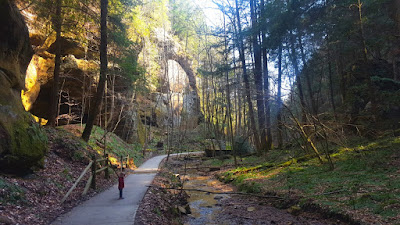 We warmed into the low 60s yesterday and it was a fantastic day to explore nature.  I have been trying to spend as much time with her outside as possible because she is very curious and a tad noisy for Dawn working from home. 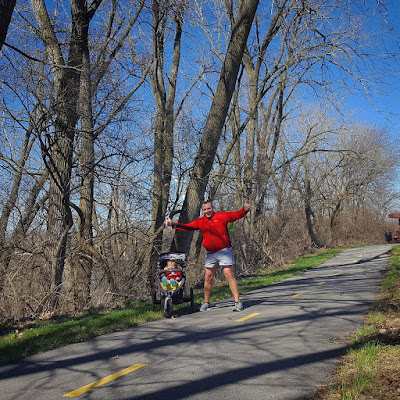 Wednesday we went for a five mile run... another beautiful day, BUT very windy.  The wind gusts were 49 mph at the airport while we were running.  It was like pushing a sailboat at times, but she was going WHEEEEE most of the time. 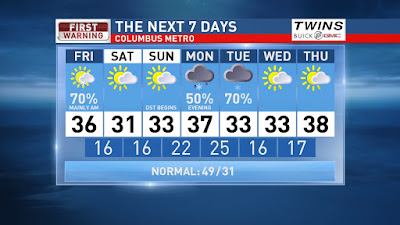