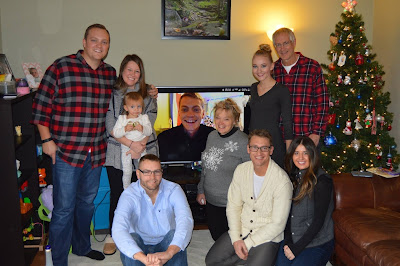 We had a fantastic family Christmas get-together yesterday.  My brother, Marcus, is still teaching English in Bulgaria, so we video chatted with him.  More on that shortly. 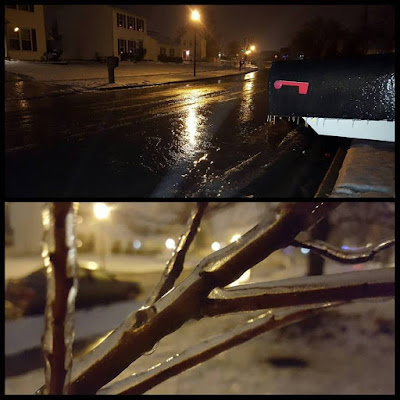 BOY was it icy on Saturday!  We had about a third of an inch of freezing rain during the early morning hours before it melted as rain moved in and temps warmed up later in the day. 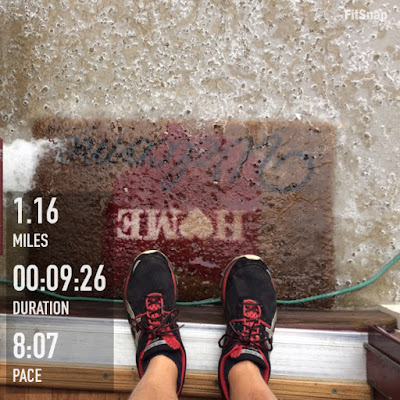 I went on my daily run and kept it short and quick.  I had to run in the street because the sidewalks were a quarter of an inch of ice.  This was the view of the front doorstep... even after I salted it.  Luckily there was very little-to-no traffic and I would run in the icy grass when I saw a car coming. 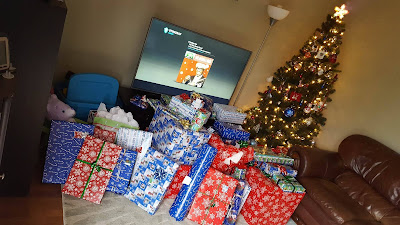 So back to our Family Christmas on Sunday.  My parents splurged on the gifts.  Lots of underwear & socks.  HAHA! 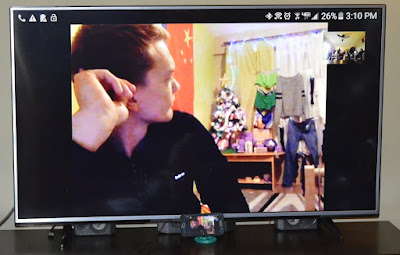 We video chatted with Marcus.  This is what we could see of him.  He was showing us how he dries his clothes there... He hangs them on his curtain because they do not have a dryer. 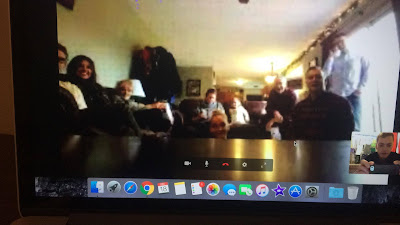 This was his view of all of us. 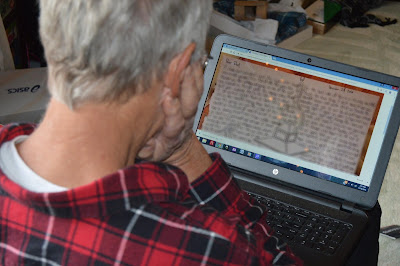 He wrote heart-felt cards for all of us, but they had not arrived yet.  Luckily... he planned ahead and took photos of the cards.  He had to send the images of the cards to us before we opened up his gifts of Bulgarian chocolates and other trinkets from Bulgaria.  It wasn't an ideal Christmas, but we made the best of it and we had a lot of fun catching up with the family. 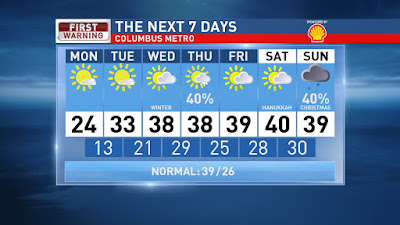 A fairly quiet start to the workweek with early clouds and flurries for your Monday morning then more sun by the afternoon.  Skies stay mostly clear until Wednesday as our temperatures slowly start warming. Christmas looks fairly cool with scattered rain showers.  So looking like a wet Christmas, but not necessarily a white Christmas. I'll keep an eye on it, in case we cool down and switch to snow. Have a good one!