Fun with Summer, then Dawn, then run... 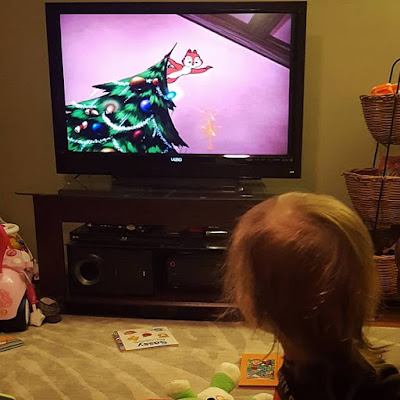 Friday night I got the chance to hang out with Summer for an evening with just the two of us.  I get that chance every afternoon while Dawn is working, but the evenings are special because Dawn normally spends time with Summer after I head to bed to get up at 1:15AM.  But we had some good food, we watched some Disney Christmas shows... a very fun night. 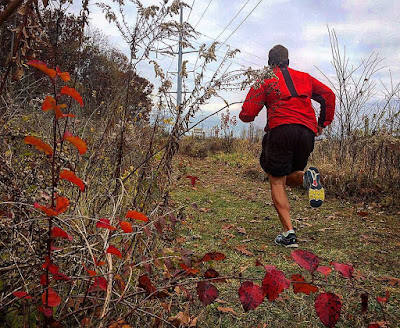 Saturday and Sunday I went for my runs around the neighborhood for about eight miles this weekend.  Not training for anything currently, but doing a holiday run streak with some other runners around the country.  Basically we run every single day between Thanksgiving and New Years... so 39 straight days of running.  You have to run at least 1 mile, so that's pretty easy.  The challenge will be when it starts raining and snowing more.  Last week I ran in a light spritz of a rain shower, but tomorrow looks much wetter.  So I may only squeeze in a quick mile run, depending on the radar and how heavy it will be running.  But at least it keeps me motivated to stay active during one of the easiest times of the year to throw in the towel.  Then I start training for my next half marathon/marathon in the middle of January, so I can rest up a little and take a few days off here and there during the start of 2017.  I used to run a lot and still have a ways to go before I feel that I can call myself a "runner," 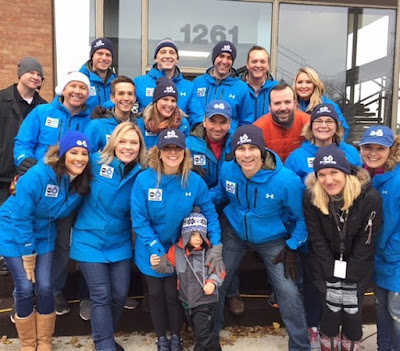 I also helped out at the Toys For Tots at our station this weekend. So much generosity from the community! 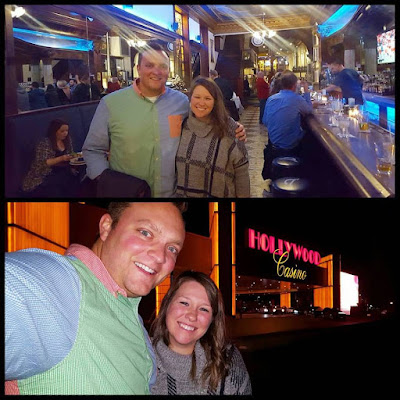 Saturday night I took Dawn out for her birthday.  I found a new babysitter in our neighborhood, so I took Dawn out to The Elevator and the casino.  I took her to The Elevator for her birthday when we first started dating in college.  I saved up a LOT of money for that first dinner... College kid getting filet steaks on a 400 degree rock... We are smarter now and don't go for the biggest and most expensive thing on the menu... HAHA.  I ended up getting the almond chicken.  VERY good and pretty reasonably priced.  She loves the casino so we had a good time and broke even, so a fun night without breaking the bank. 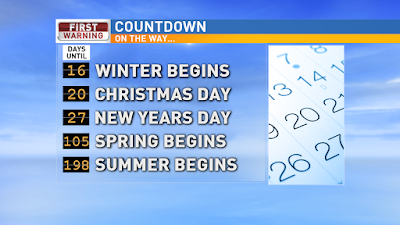 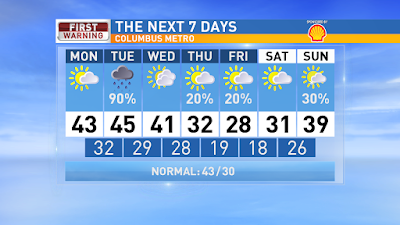 A dry Monday with clearing skies and some afternoon sun. Temps will remain near normal for the first couple days of the week then turning colder. Increasing clouds Monday night with rain on the way for Tuesday. The leading edge of the rain will move in around daybreak Tuesday with some spotty wintry mix on the leading edge then turning to rain. Rain for a decent amount of Tuesday then mostly cloudy Wednesday. Partly cloudy and some flurries for the end of the week and becoming colder. Have a good one!