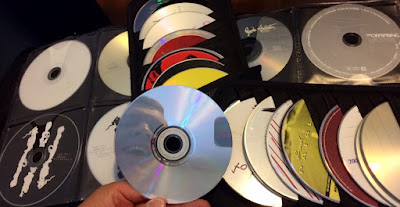 I spent a lot of yesterday importing old CDs for the upcoming marathon, now in 5 days.  I lots all my digital versions a while ago, so this was a way for me to only bring back the "good stuff."  I decided to go with a lot of older music for the marathon.  A lot of tunes that I listened to while running cross country.  Listening to the music pumps me up, despite how mellow some of the tunes are.  They bring back memories of all the different courses and distract me from the current run. 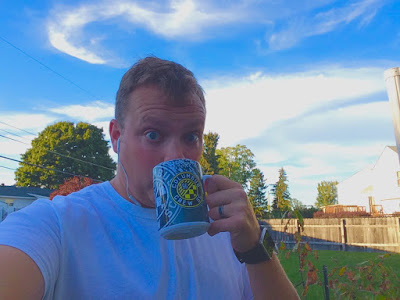 For some reason, I decided some afternoon coffee was a good idea.  I always go to bed early because of waking up around 1AM, but still didn't have too hard of a time falling asleep.  It was still 0-0 for the Indians game when I fell asleep in the third inning. 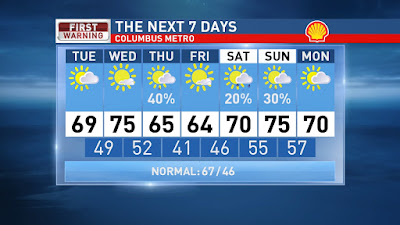 Patchy early frost as clouds are moving in for your Tuesday.  Mostly cloudy early becoming partly cloudy by the afternoon and clearing for the evening.  More sun for early Wednesday, more mild, and more clouds by later in the day.  Scattered showers for early Thursday then drying out for the second half of the day and Friday and Saturday will likely stay dry.  More rain for later Sunday. Have a good one!