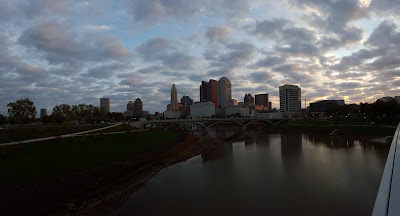 I stopped by downtown on my way to a LIVE shot for a quick shot of the sunrise.  I love this city.
Big moment for Summer from Wednesday! Dawn narrated it. 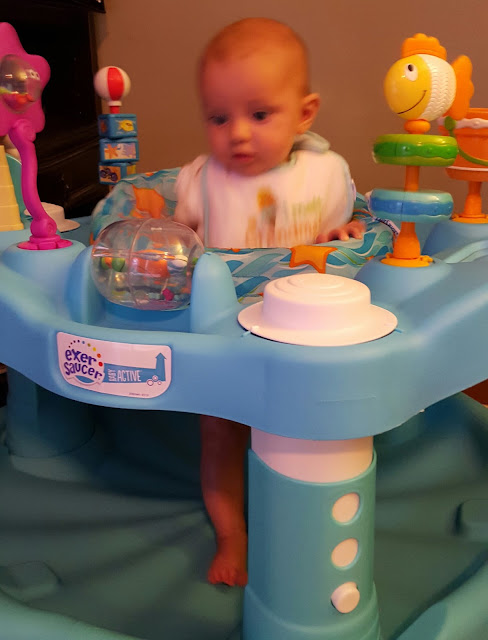 She also has been really enjoying her bouncer.  She hasn't liked it until later this week... not sure if her rolling over changed anything, but it wasn't until that, that she liked the bouncer.  Now she loves it. 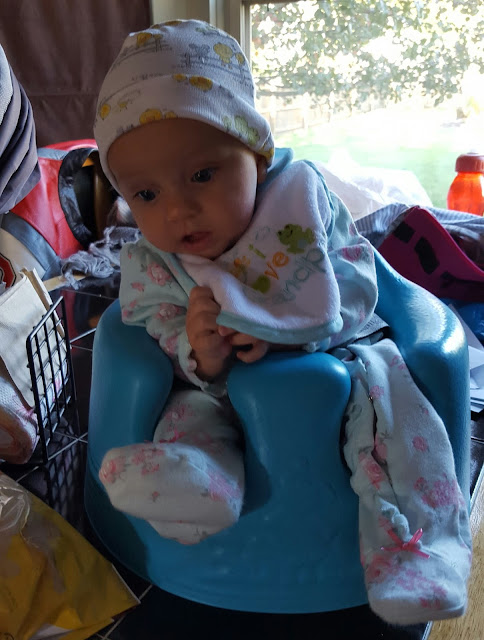 I bundled her up yesterday before we headed outside for some yard work.

Un-gardening with Summer and Buckeye.
Posted by Andrew Buck Michael on Thursday, October 15, 2015


Summer helped me in the garden yesterday, and we hosted a LIVE Facebook chat, linked above. 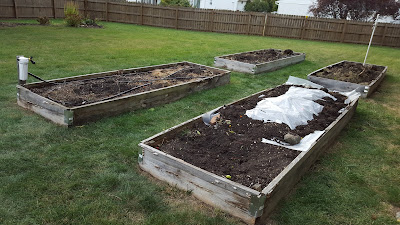 I pulled all the plants and buried them.  I put them under a plastic tarp to make it a greenhouse affect to heat up and help speed up the decomposition.  I'll open it up over the coming weeks to mix it up and help it along a little more.  But it's that time of the year.  I also drained the garden hoses as well. 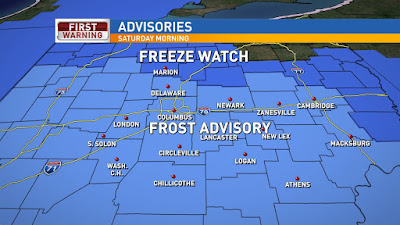 As of Friday at 5AM, Frost Advisory for Saturday morning for most of Central Ohio. 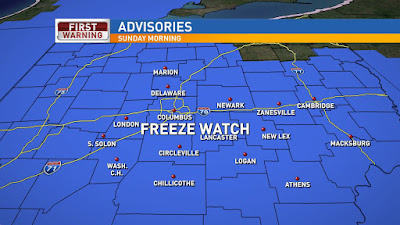 Then switch that Frost Advisory area over to a Freeze Watch for Sunday morning with colder temperatures expected. 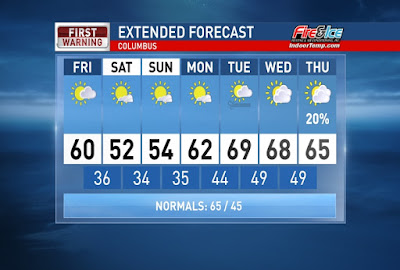 A mix of sun and clouds to finish off the work week & staying cool.  Futurecast is bringing a stray sprinkle through for Friday evening with another weak cold front, but almost all of the area will stay dry all day Friday.  If you still have plants outside that are not frost-hardy... you may want to tend to them the next few nights.  Low temperatures for the weekend and Monday will be dipping into the mid-lower 30s and frost is likely.  We stay mostly sunny for the weekend with high temperatures in the lower 50s... so take the jacket!  Our temperatures rebound a little next week back into the 60s, but no rain on the way until at least the end of next week.  Have a good one!