2 months for Summer, working on the motorcycle, & dry forecast 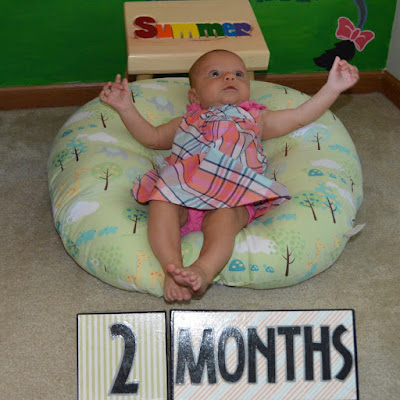 Summer is now 2 months old.  She hasn't giggled yet, but loves to smile once she has a full belly or just waking up in the morning.  We go into the doctor next week for her vaccines and get her 2 month check-up.  Her neck muscles are getting stronger and stronger and her head is on a swivel the last couple days trying to look around at everything. 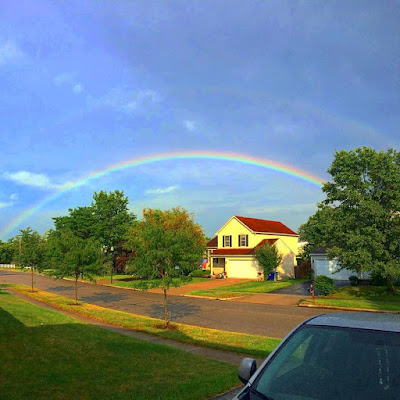 A few showers earlier in the week gave us some fantastic rainbows! 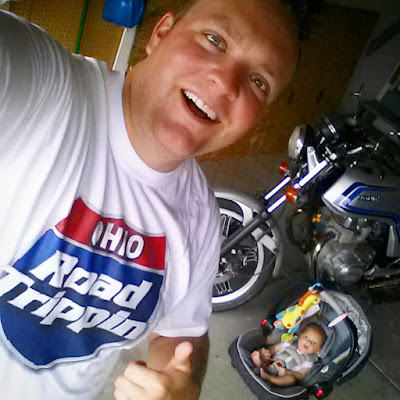 So Monday and Tuesday were my days off this week.  My motorcycle, 1981 Honda Hawk CB400T,  has been having this odd ticking noise and it sounds like my valve timing was off.  Meaning when the ports open for the intake to let the gas in and exhaust to let the spent fuel out.  So they needed some adjustments.  Summer was there to help.

But she spent most of the time eating.   It turns out they were off by 0.06 mm.  So not a whole lot, but I will know if that was the issue when I fire up the bike. 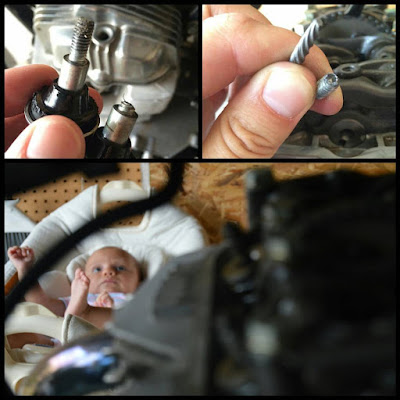 BUT... I have to wait on a bolt.  One of the 34 year old bolts bit the dust.  The rubber washers gave more than when new and the solid part bottomed out and it snapped off in the cylinder.  That is the WORST feeling! Well, pretty close to the worst.   I was even using a torque wrench with only 9 lbs of force.  Anyway... so I ordered a new bolt and two new rubber washers.  In the meantime I drilled into the bolt... VERY carefully and making sure the shavings don't get into the valves or rockers.  Then I used an EZ extractor and unscrewed the snapped section.  I was SO excited.  So was Summer.  It even knocked off her socks. 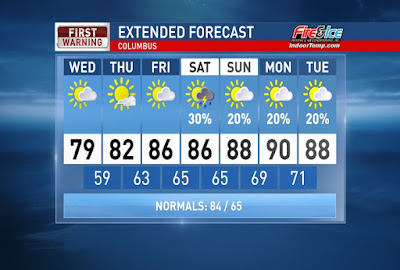 A few isolated showers are running inland from Lake Erie that may affect the Northern portions of Ohio early today, otherwise cooler and dry with partly cloudy skies.  Cool and clear tonight and great conditions to try to check out the Perseid meteor shower. Look Northeast after midnight and before the moon comes up.  Staying dry through the rest of the workweek then the later part of the extended forecast has slight chances of rain due to pop-up afternoon showers and storms as the heat and humidity returns.  Have a good one!