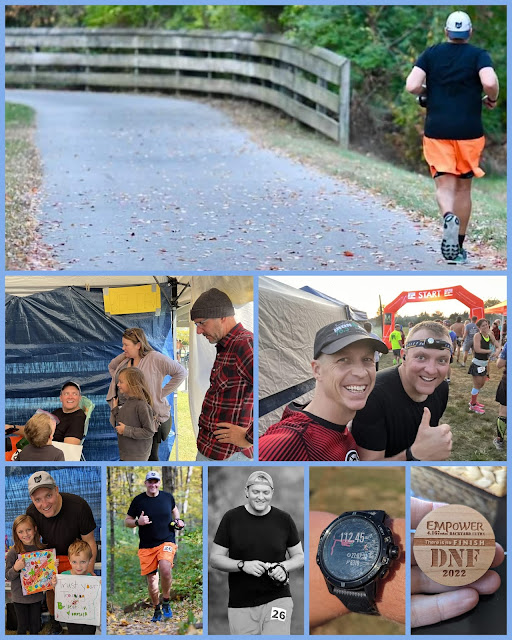 When I dropped out there were only 5 runners that went out for the 28th yard. The winner won in 39 yards, for 162 miles total. He looked so strong every yard and so fresh until the very end. You never know how long these events will last. You keep going until only one runner is left completing one more yard than the rest. 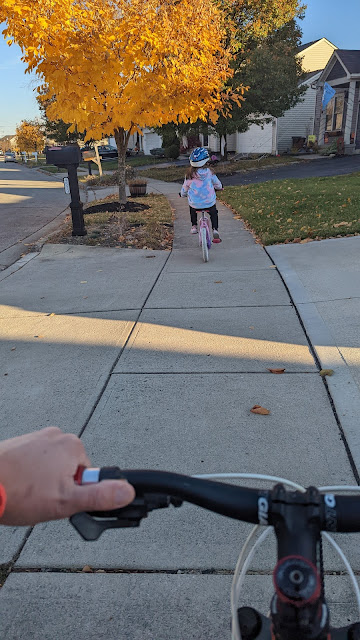 I took a few days off after the race to get some sleep and hang out with the kids. Weather was great to get out and ride bikes and avoid running for a week or so. 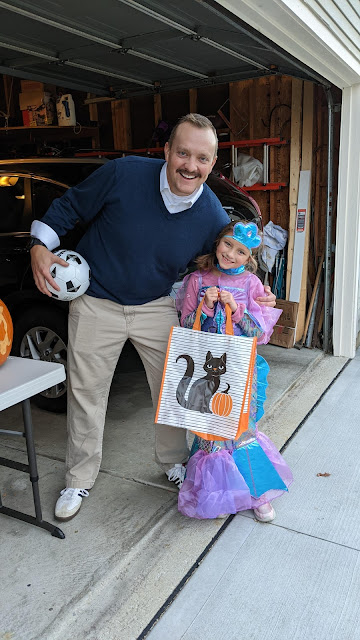 Evan picked up the flu, but Summer was still healthy for Halloween. So she did a great job getting as much candy as possible for the both of them, since Evan stayed at home. I went as Ted Lasso. Had a lot of fun staying in character the entire time. Rain held off until about 10 minutes after trick or treat ended. 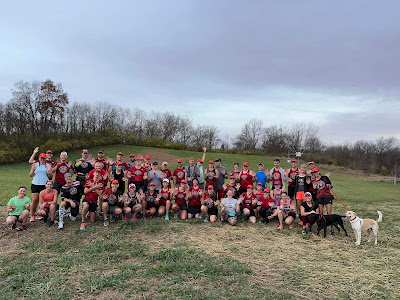 Saturday I took part in the annual Columbus Westside Running Club event: GRRR 50k. It is a race that is 32 miles long between Wilson Road Park in Columbus and Glade Run Road in Madison County. It is also a Relay so that is how you get GRRR. This was only 2 weeks after my 112 miles in 27 hours, so I opted for the relay this year, instead of the entire 32 miles like last year. I split the event in half with Justin Boggs. There was a huge group out there splitting up the miles as teams. Only two people ran the entire event. 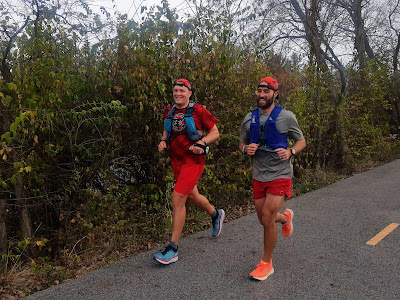 One of the people running the entire event was my neighbor Jordan. I ran with him the first 16.5 miles then cut him loose for the remaining distance. We did great and his goal was to get his 50k PR and he shattered it by about 90 minutes! He ran the entire event in just over 5 hours! Stellar effort! My hips are still tight from my last race, so I was very happy to be done when I finished. Not sure what else is on the docket for me in the coming months. I have a 150 mile relay event, The Buck Fifty, in April. You can split the 150 miles between 10 or 5 runners. I am excited to run that with a team of 5. 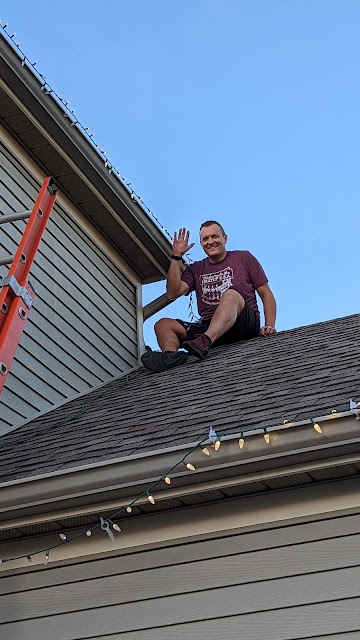 Weather was so warm yesterday that I had to take advantage of it and hang up the Christmas lights before it got colder. I hate putting up the lights when it is cold. 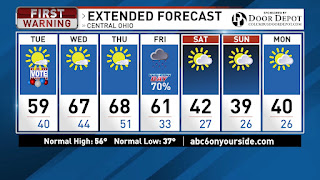 Mostly sunny for the afternoon and warm up to 59 for the high today. Great weather for election day across Ohio and most of the country. Mostly clear tonight with a low around 40. Mostly sunny for Wednesday and Thursday. We will warm back up into the mid and upper 60s. This will be the end of our above-normal warmth and sunshine. Take advantage of the weather over the next 3 days! Friday we will have rain likely from Nicole. The storm is still a subtropical storm east of the Bahamas and starting its westward journey towards the Bahamas for tonight and then it is expected to strengthen to a Category 1 hurricane tomorrow before making landfall for Central Florida along the Atlantic side late tomorrow into early Thursday. Then the storm strength drops back down to a tropical storm and turns north over Northern Florida and heads up the east coast heading into Friday and New England by the weekend. So Central Ohio is likely going to get a push of moisture from Nicole on Friday, especially South/Eastern Ohio. This will be followed by a strong cold front Friday night and that will dramatically drop our temps for the weekend. With rain likely we will only warm up to around 61 for the high. Saturday and Sunday we will be much cooler. High of 42 on Saturday and then 39 on Sunday. We will have a mix of sun & clouds, but with winds out of the northwest there is a chance for some very light lake effect showers, closer to the Great Lakes. Overnight low temps will be in the mid 20s for the weekend and early next week. Have a good one!