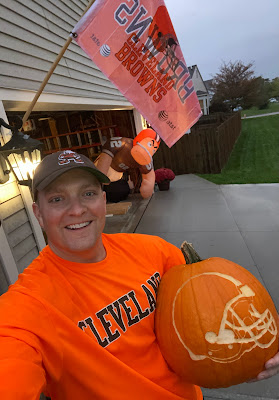 Good morning! I spent some time carving this Browns helmet into a pumpkin, so I decided to lean into the theme and handed out candy as a diehard Browns fan. 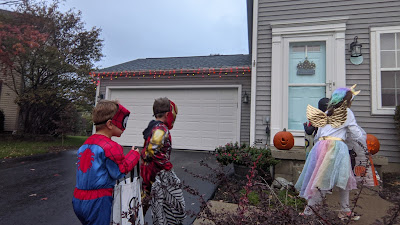 I did go around to a handful of houses with the kids then my wife went with the the rest of the time. Evan was Spiderman and Summer was a unicorn princess. 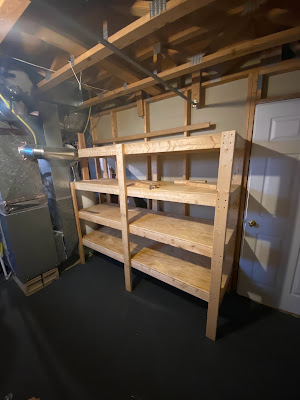 The chilly temps have kept us inside and I am trying to get some organizing done. I built another shelf to stack all of our totes and keepsakes. 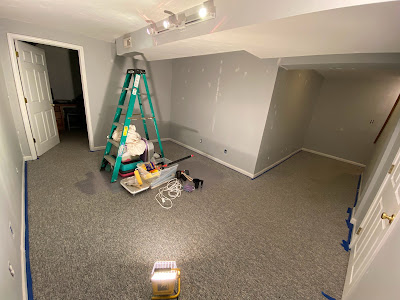 On the finished side of the basement I have been prepping to paint the kids toy room. I painted the ceiling so far, but next is the trim then the walls. The goal is to put all the toys down here and no more toys in the family room. 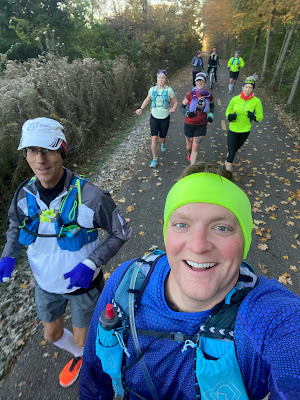 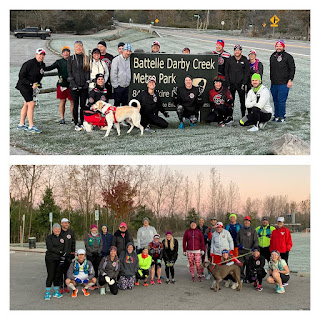 It is a 50k(32 mile) run that Columbus Westside Running Club puts on each year. It is our end of the year fun-run and a great way to spend time with friends and run with new ones. You could run the whole thing or run it as a relay and "team up" with others to split the 32 miles. I opted to run the whole thing and there were 4 of us that ran the whole thing. 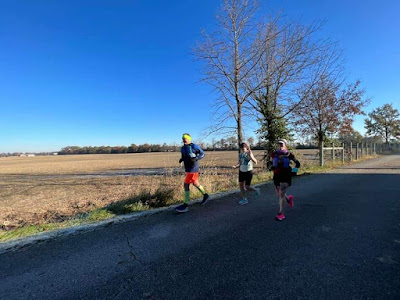 For instance, I ran 16 miles with Tony and the last 16 miles with Amanda and Morgan. They both ran the whole 32 miles as well. I see them occasionally, but never had the chance to spend prolonged time on a run with them. Great getting to know people and you learn so much more about people when you are running with them. Temps were perfect and I didn't sweat nearly as much as last year.  Nice and chilly! 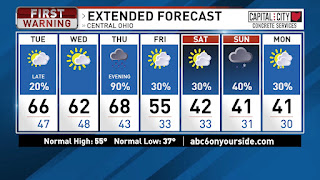 We may see a little sun this morning, but skies will become cloudy through the day. Temps this morning will be in the lower 40s and we warm into he mid 60s this afternoon. So a decent November day with less sun than Monday. A few spotty showers are possible tonight, but it looks light and occurs late, while most of us will be sleeping. Wednesday will be partly cloudy and light winds with highs warming into the lower 60s. Thursday will be a warm day as well with mostly cloudy skies, but winds will be brisk, out of the southwest. That wind will help push our temps into the upper 60s for the afternoon. Take the rain gear for later in the day because rain is likely, with a cold front. Friday will be cooler with highs in the mid 50s and mostly cloudy skies. A few scattered showers are possible as well Friday, 30% chance. Saturday looks similar with a 30% chance of showers, mainly rain, but it will be colder with a high of 42. Sunday another wave of moisture will bring about a 40% chance of rain/snow mix with a high of 41. A few lingering wintry mix showers possible Monday with a high of 41 as well. So get outside and enjoy the next few days before we get our first taste of winter-like weather.