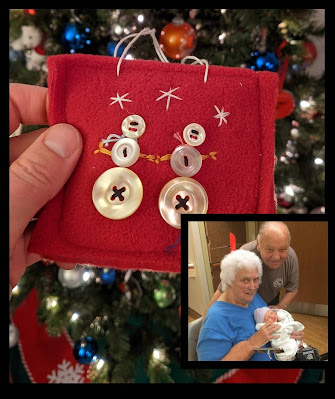 I hate to start out on a sad note, but no other way around it... Before my grandma passed, 5 years ago, she stitched these ornaments for each grandkid. She said if we were ever broke then we would always have a couple dollars. I always thought they were snowmen til yesterday. They're not. They're angels. My grandpa joined her yesterday. I'm sure they are a riot in heaven right now. He never missed a school concert or soccer game. Despite the 3 hour round trip. Always there with his camera and a firm goodbye handshake. I feel blessed to get one last handshake a couple weeks ago. His health had been declining so I took the kids down to see him a couple weeks ago and so glad I got that chance. Miss you grandpa. So much.  My grandma LOVED reading my blog to get updates on what was going on with her grandkid and then great grandkid. Both are in a better place now.

Let's lighten the mood and talk about something fun: CHRISTMAS!  The kids were very excited this year and 2 and 5 are such a fun age for Christmas.  Evan is just starting to get it and Summer is there to help along the way. It was just the kids and Dawn and me all weekend long and it was very nice to keep it simple this year. 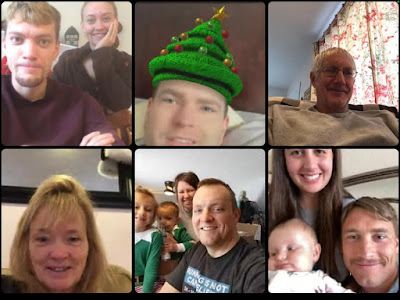 We did do FaceTime with the family and it was good to check in on everyone. 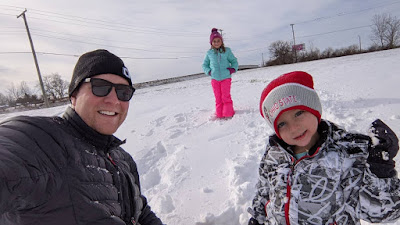 It was great to get some snow for Christmas, but MAN it was cold!  We only got to 18°F for the high, so we held off a couple days to get outside to play in the snow. 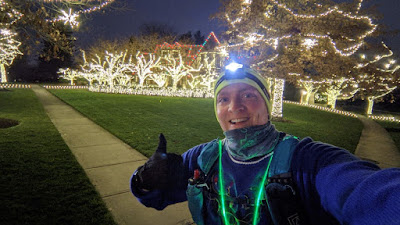 I participated in the Gingermas run hunt this year. It’s a running scavenger hunt. This was the “Griswold house” on the list. You get different points for the different tasks or found items. Like fueling on homemade cookies or bonus points spelling out “HoHoHo” and “Merry Gingermas 2020” with your GPS track. Also, bonus points for drinking egg nog before the run. I also donated shoes for two points each pair. 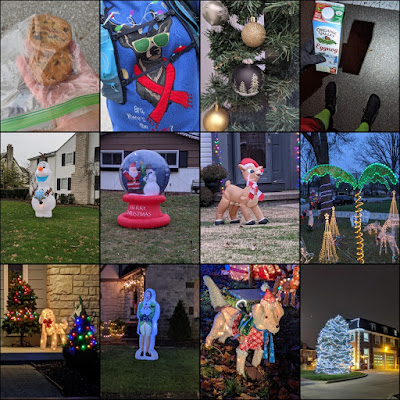 I didn't win anything, but it was a blast to run around in a Christmas sweater looking at holiday decorations. Didn’t find a Mrs. Claus or a dreidel on my run. Also, coffee shop was closed to get a point for hot cider. It was a 10 mile run.  Which has been my longest run for a while.  I have been dialing back the miles a little bit as I ease back into running following a back issue. 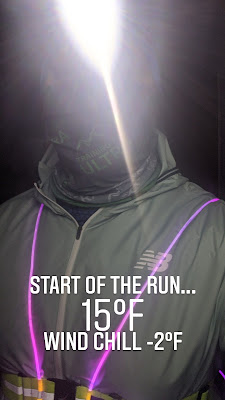 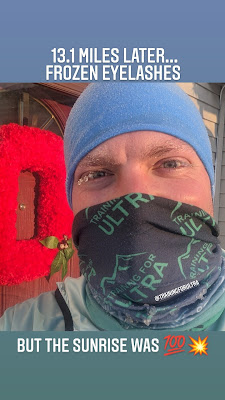 I did get out for a half marathon around the neighborhood this weekend.  Roads were still dicey around our parts and didn't think it was worth risking it to drive to a trail. Sun came out for the final mile and it was gorgeous on the fresh blanket of snow. Definitely more sore today from minor traction slips in the snow.  It was all packed snow from the cars driving over it.  The slipperiest areas are where a plow blade packs it down to a flat piece of ice. Thankfully none of that in our neighborhood. 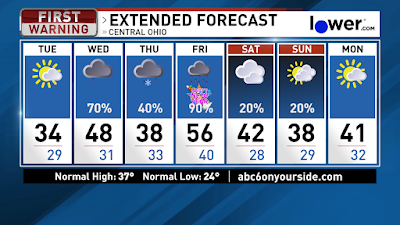 Enjoy the sunshine we get today because we have clouds returning soon with some rain and the chance of a wintry mix, along with some big temperatures fluctuations later this week. Today we are starting out with generally clear skies, especially for the northern half of Ohio. Our morning temps are below freezing so watch out for icy spots due to refreeze, mainly sidewalks and untreated side streets. Sun to start the day then increasing clouds and we warm into the mid 30s with very light winds today. Mostly cloudy tonight and there is a chance for a quick evening shower, mainly to the northwest. We start around 30 tomorrow morning then warm to 48 later in the day with mostly cloudy skies and rain arriving in the afternoon from the northwest. It will be a wet evening with rain showers moving in from the northwest and heading into Southern Ohio by early Thursday. The back edge of the rain could mix with a little snow, but no indications of any significant accumulation. We see the early rain and mix move into Kentucky and we are mostly cloudy and dry most of the day on Thursday with highs in the mid 30s. Then that rain lifts back north Thursday night and the leading edge could be a little wintry mix then transitions quickly to rain as temps start warming up. So Friday morning could have a few sketchy spots with the early wintry mix before it changes to rain. Temps soar into the mid-upper 50s with rain most of the day on Friday. Rain kicks out late Friday night and cooler temps move back in for the weekend. Highs in the lower 40s on Saturday and then upper 30s for Sunday. Models are split on weekend outcome, but there is a chance of some light rain/snow possible this weekend. The timing is what is up in the air because some have it on Saturday and another model has it on Sunday. It does look light and most of the weekend will be generally cloudy with chilly temps. Have a good one!