BOO! Halloween with the kids & other fun stuff! 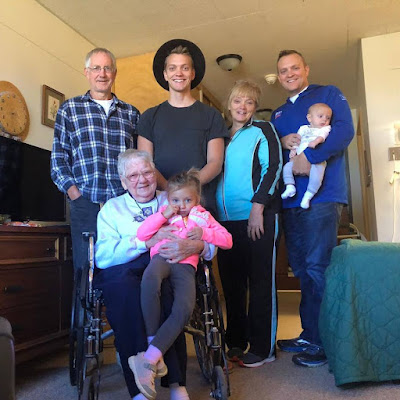 Hey guys!  Work and life have been SUPER busy so I have not been as good about updating this daily, but I am going to try to get back on the bus with updating this more often.  Marcus is in Hong Kong, but before he left I took the kids back to see him one last time and also visit my Grandma Jean.  Marcus will be there teaching English and not coming home until at least June, when our brother Clark gets married.  I was glad I got to go visit him one final time before he left.  So here is what else has been happening... 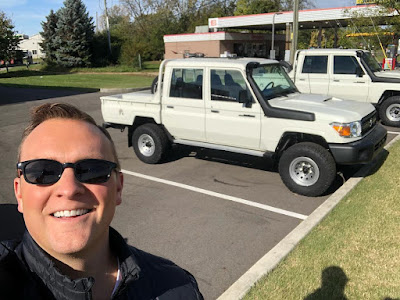 Check out this sweet ride!  There is a small fleet of these Toyota Land Cruiser double cabs near where I live.  I think there is a company that is outfitting them for another company.  I would LOVE to own one of these.  So utilitarian! 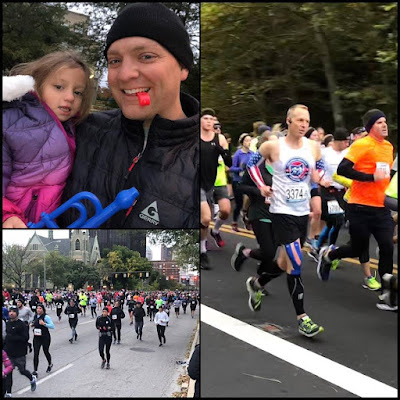 Summer and I went down for the Columbus Marathon to root on our friends.  It is pretty hard to find runners you knew, unless you knew what they were wearing to pick them out of the crowd. But I was able to pick out Carl, here, who ended up getting a PR, personal record, in the marathon. It was a chilly morning, but great for getting personal bests! 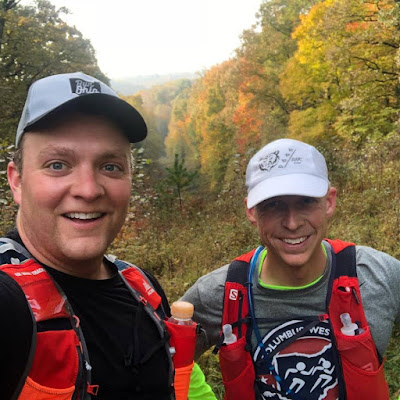 Carl then twisted my arm to join him on a trail race this past weekend too.  He is a machine and training for a 50 mile race this month. 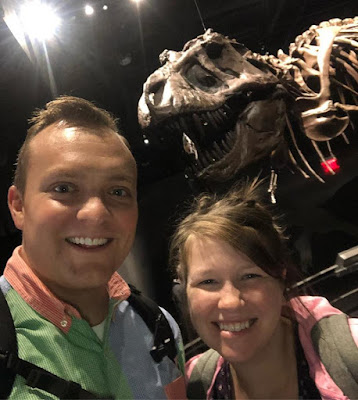 Dawn and I took the kids to COSI and they loved it.  Well... Evan is too small to do anything, but Summer was VERY upset when we had to leave, so I think we will look into getting an annual pass. It only would take two family visits to pay for the annual pass and a great option to get the kids out of the house in the winter, while Dawn does her work. 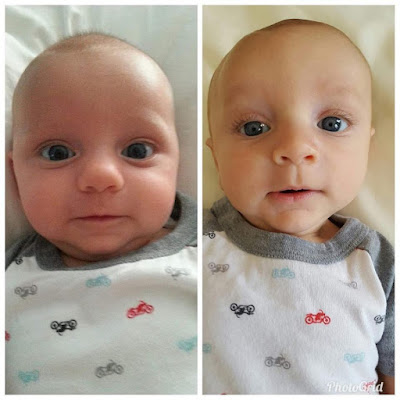 Speaking of the kids... So this is Summer and Evan at 2 months and 20 days in both of these photos.  Dawn made the side by side to show how similar they look.  It is quite remarkable! Summer is on the left and Evan is on the right. 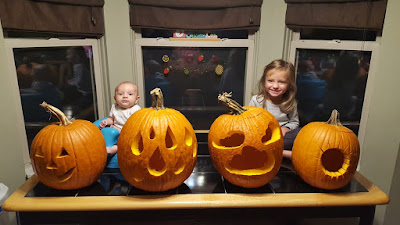 In this photo it is the other way around, but you probably could guess that.  Summer picked out what designs she wanted for the pumpkins.  I ended up carving them with the jigsaw and it was VERY fast.  A little more dangerous, but much faster. 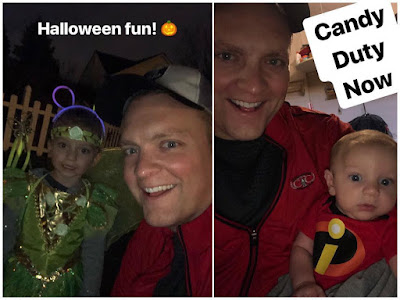 Speaking of Halloween... We had a great night last night!  Summer went as Tinkerbell and Evan was an Incredible character.  Thankfully the rain held off... just a light mist and drizzle. We have TOO much candy at the house though and sugar is my biggest weakness.  I need to put a lot in a plastic bag and throw it in the deep freeze. 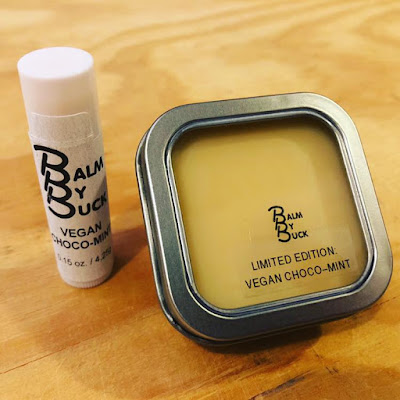 The balm business has been doing pretty well.  After my last craft show and so many people asking for lip balms... I have expanded to that as well.  I also made a batch of vegan balm using candelilla wax instead of beeswax.  It smells like mint chocolate chip ice cream. 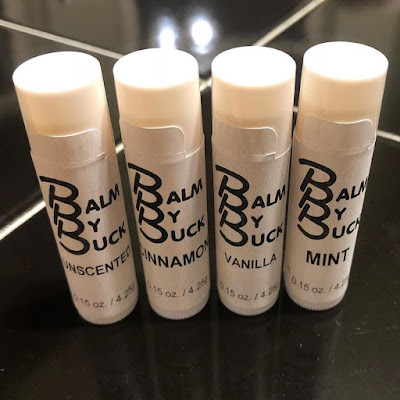 I also added cinnamon and vanilla to the lip balm lineup.  The vanilla is organic and homemade.  I have been stocking up my inventory for a craft show at a brewery on Saturday.  It is at Combustion Brewery in Pickerington.  I have not been there yet, but it a kid-friendly brewery and the event will be on the second floor, so it is a "Sip N Shop".  Here is the Facebook event page.

It is going to be a wet day and heavier rain today compared to Halloween.  We have a stationary front sitting right over Central Ohio currently and rain will be riding along that like a conveyor belt today.  We will have rain most of the day today and heavy at times.  There will be longer periods of breaks in the rain the farther SE in Ohio that you live today.  NW Ohio will see rain almost the entire day.  The front will be riding right along I-71 most of the day and the air to the SE will be warmer and to the NW it will be cooler.  It does appear the front may slip just a little NW of Columbus this afternoon, so we are bumping up our high temp into the upper 50s.  High temps to the NW will be in the lower 50s today and then lower 60s for the SE. 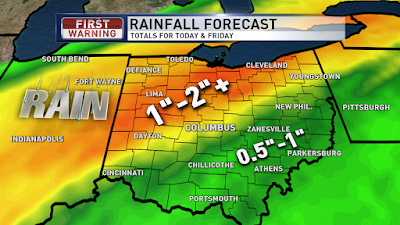 But the big story today will be the rain.  We already picked up more than half an inch of rain on Wednesday so the ground is saturated and another 1"-2" today could lead to some flooding.  The steady rain will continue tonight and early Friday. 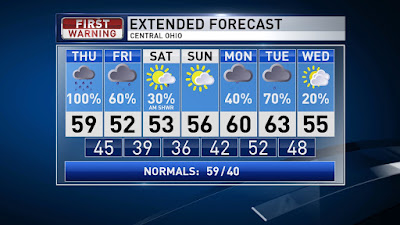 By tomorrow the rain will start breaking up and become more scattered and lighter.  Clouds most of the day Friday with some peaks of sun later in the day between the clouds.  Saturday there is a slight chance for spotty rain early then more clearing in the afternoon.  High temps for Friday and Saturday will be the lower 50s. Sunday will be cool and we will see a mix of sun & clouds.  It does look dry the daytime hours Sunday, but we could see some rain sneaking in here late Sunday night.  More rain likely for Monday and Tuesday with highs warming into the 60s. Have a good one!