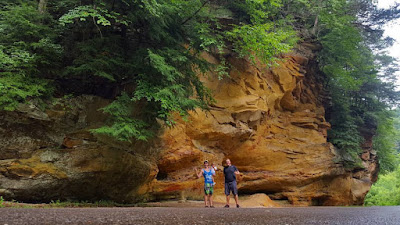 My brother Marcus still has about a week left in Ohio before starting his trip back to Bulgaria for a year.  Summer and I helped him get his kayak set up for a kayak camping trip.  We also did a little exploring as well. 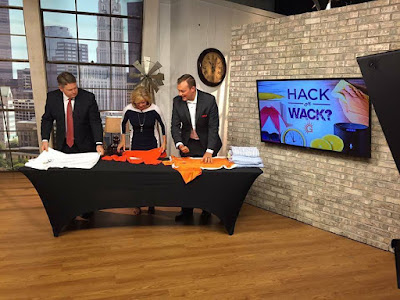 Last week I did a week-long segment called Hack or Wack.  Most of the hacks were good, some... ehhh... The hack in the photo is folding a t-shirt perfectly in 2 seconds. 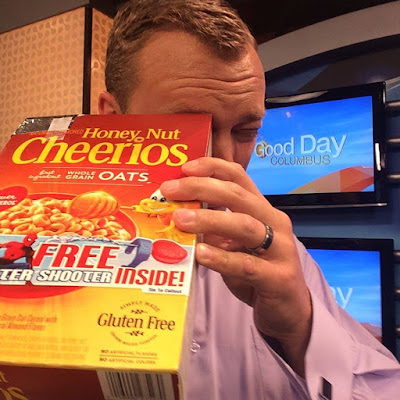 We also built solar eclipse projectors.  You can do the same by poking a tiny hold in a sheet of paper and hold it above the ground or another sheet of paper.  This one uses aluminum foil in the top of a cereal box with a tiny hole. 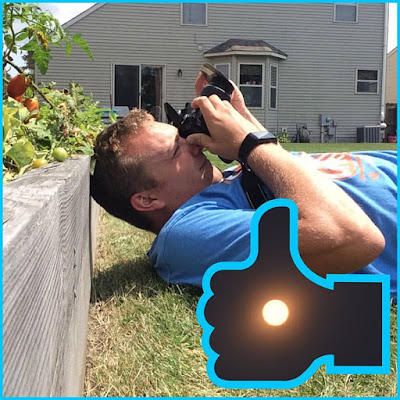 Half Priced Books had some solar glasses last week so I bought a couple for our house and even made a solar filter for my digital camera. 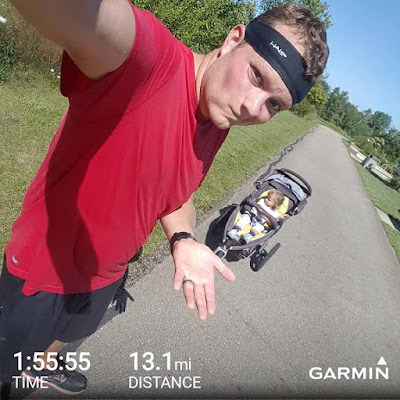 I wasn't feeling 100% on Saturday, but I had to get in my miles.  Summer and I went on a run out in Hilliard and managed to still finish under two hours.

Sunday we went running with Columbus Westside Running Club.  I only did four miles and Summer wanted to run some when we got back to the park. 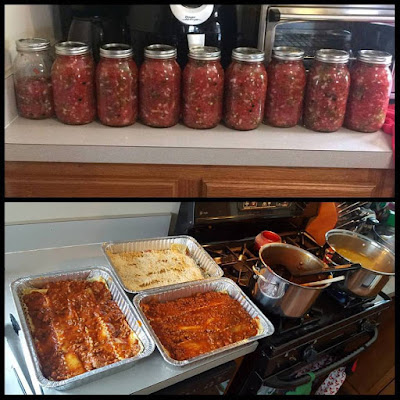 THEN!  A busy Sunday afternoon in the kitchen.  I am prepping a lot of food for an upcoming trip. I canned a lot of garden salsa, but had to trade some with a neighbor for some lasagna noodles because we were short. (Summer was sleeping and I couldn't leave the house)  I made three large lasagnas then froze them.  I was exhausted after the hours of food prep. 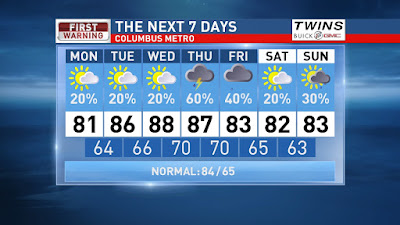 Temps warming up with just a slight chance of rain for the first half of the week. Today we will see a mix of sun & clouds with a few showers, mainly to the far south, highs in the lower 80s. We warm into the mid-upper 80s for Tuesday and Wednesday with sun early then partly cloudy skies in the afternoons with some isolated pop-up rain possible. More showers and storms Thursday into Thursday night and early Friday with a cold front. Slight chance of rain by Sunday, but models are currently agreeing at clearer skies Monday for the solar eclipse. Have a good one!